The World’s Leading Luxury Giant Acquires Tiffany & Co For $16B 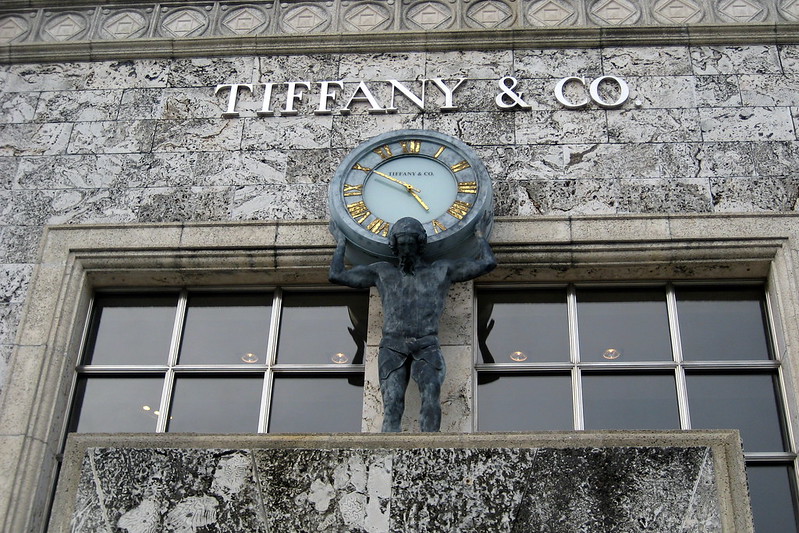 French luxury giant LVMH Moët Hennessy Louis Vuitton, led by billionaire Bernard Arnault, announced Monday that it will be acquiring New York jeweler Tiffany & Co. for $16.2 billion in an attempt to restore the jeweler’s shine with future expansion. The deal is expected to close in the middle of 2020.

Arnault oversees an empire of 70 brands and his luxury goods group, LVMH, posted record sales and profits in 2018, thanks in part to increased spending by Chinese customers. The French multinational conglomerate consists of 75 different houses, generating $51.8 billion in revenues last year.

The conglomerate first approached the Tiffany purchase in mid-October for $120 per share. Finally, at $135-per share cash, the bid marks a 7.5% premium over Tiffany’s closing share price on Friday and is more than 50% above where it stood before LVMH’s interested emerged. Founded in 1837, Tiffany’s legacy goes back further than Louis Vuitton (1857) or Bulgari (1884), both of which are currently in LVMH’s portfolio.  During the 20th century, its fame thrived worldwide with store network expansion and continuous cultural relevance, as exemplified by Truman Capote’s Breakfast at Tiffany’s and the film starring Audrey Hepburn.

“This transaction, which occurs at a time of internal transformation for our legendary brand, will provide further support, resources, and momentum for those priorities as we evolve towards becoming The Next Generation Luxury Jeweler”, said Alessandro Bogliolo, CEO of Tiffany.

The deal will help boost LVMH’s smallest business; the jewelry and watch division. Currently, the division includes Bulgari and Tag Heuer. With less than one-fourth of LVMH’s $51.5 billion revenue coming from the US in 2018, this acquisition will bolster the giant’s share in the US. In comparison, Asia - excluding Japan - contributed to 29% of global revenue last year.

“It’s an American icon, which is now going to become a little French too,” LVMH’s Chairman and Chief Executive Arnault told Reuters in an interview. The purchase makes LVMH also owners of the iconic blue color. According to consultancy Bain & Co, the growth in jewelry outpaced that of any other luxury businesses last year. In 2019, it forecasted sales in the $20 billion global jewelry market to grow by 7%.