Virtual Banking For The Unbanked 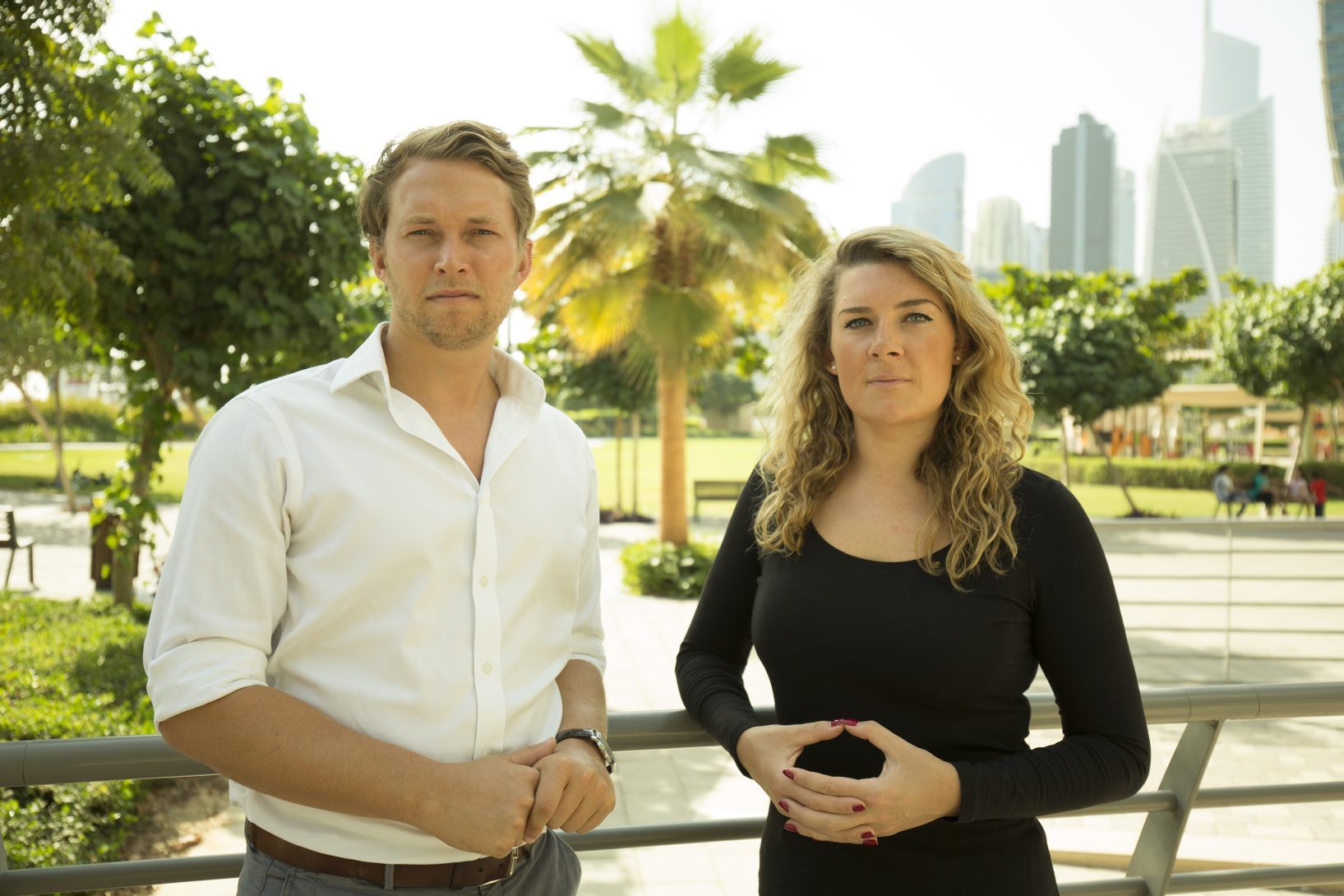 While the fintech boom has taken off in other parts of the world, the Middle East has been slower to take to the concept. Virtual banking app, NOW Money, is set to be one of the first here to kick off the trend.

Katharine Budd, co-founder of NOW Money, had mixed responses when she first spoke up about her idea for a virtual bank two years ago. “For many years, the U.A.E. lacked a startup scene, forget fintech startup scene,” Budd reflects. “The bank I was working with thought I was crazy. But it’s very trendy now and fintech has become a buzzword everyone wants to be a part of.”

It’s more than a buzzword. Figures from fintech membership community, Innovate Finance, suggest the industry globally is now a multibillion-dollar business. The U.S. reportedly invested $6.2 billion in fintech startups in 2016, with the U.K. and China following suit, raising $1.1 billion and $7.7 billion respectively.

Meanwhile, the risk-averse Middle East has stepped with caution. “Banking in the Middle East is regulated to the hilt and investors are turned off at the slightest sign of risk”, Budd explains. “Costs to update old systems easily exceed the value of the entire bank”. In the same vein, there has been little incentive for institutions to penetrate the fintech startup scene as they generate profits through legacy systems. The result: the Middle East has amassed just $100 million in fintech startup funding in the last ten years.

This hasn’t stopped new entrants hitting the scene. According to Wamda Research Lab and Payfort’s State of Fintech report, 105 fintech startups launched in the Middle East in 2016, with hopes to raise $50 million in funding by the end of 2017.

Although Egypt’s Fawry holds the record for the largest disclosed fintech investment at $6 million, the U.A.E. has spurred into action. Accelerators Fintech Hive in Dubai and RegLab in Abu Dhabi are now readily signing up startups. One such startup is automated Escrow service, Titanium Escrow.

“These accelerators offer unparalleled mentorship. If I need a contact, they will connect me with the appropriate companies and people”, says Titanium Escrow founder Ibrahim Kamalmaz. “Without RegLab, it would have been extremely difficult to acquire a license. Attempting to explain my business model to the central bank would be a hassle, and I’m not convinced they would understand my idea.”

With an eye on the Middle East, the duo started to notice fintech gather traction while in the U.K.’s financial industry during the aftermath of the 2008 financial crisis. Former university friends, Budd had found herself working in retail banking analytics for Aimia, while Dillon was rising in the ranks of HSBC.

“I became well-acquainted with some of the British challenger banks; startups who operate online—no branches and app-based. It was an exciting time because unlike the U.A.E. and U.S., the U.K.’s banking sector has been consolidated for decades”, Budd remembers.

“Suddenly, there’s a host of new entrants like Monzo and Starling, who have demonstrated they are capable of complying with old and new regulation, but also develop sophisticated consumer products via a leaner model”.

Budd moved to Dubai with Aimia in 2013. While on a visit back to the U.K. she heard that Dillon was in hospital recovering from a road accident. She visited him, chocolates in hand, and while catching up and talking about the budding fintech scene and the U.A.E.’s financial market, an idea sparked.

Once recovered Dillon jumped on a plane to Dubai, and together the co-founders delved into market research. They soon noticed a pressing issue affecting more than half of the country’s population.

In the U.A.E., the benchmark to acquire a bank account is high, with institutions requiring customers to earn a mean salary between $800 and $1300 per month; $4000 and 5400 for premium banks. “It’s a crazy amount of money to be told you can’t have an account,” says Budd. Roughly 70% are ineligible.

They also learned that unbanked individuals in the U.A.E. have an appetite for sending cash to their country of origin. “The remittance market is absolutely vast. About $100 billion is sent out of the Gulf every year primarily to India, Pakistan, Bangladesh and the Philippines—it’s an obvious way for us to monetize, and it’s reliable because people send remittances home every month,” Budd explains.

They both quit their days jobs in summer 2015, and with a nascent business model in mind and some of their own money, they set about building a prototype with some U.K. developers that Budd knew from previous jobs.

“A small, nimble team can achieve a lot. We followed the minimum viable product methodology, and instead of waiting to build a massive team and perfect our product, we crafted the app and pumped out our most basic version,” she recalls. “In retrospect, our early prototype was pretty decent despite having no data or engine behind it. The app was simple to use.”

Throughout the development stage they continued to search for ways to improve their product, speaking with exchange houses and finding out as much as they could about the remittance process. “The saying goes ‘if you want to start a technology project you need figure out the time it’ll take, work out costs involved and double it’.

In this region, you can easily triple,” Budd smiles. With support from a private angel investor, and a $500,000 series A round, the first prototype was completed in March 2016. A soft launch followed in Q1 2017, with a full launch currently planned for later this year.

NOW Money relies on a business-to-business model, making agreements with employers before offering willing employees the opportunity to open an account by sharing their personal information.

Account holders are then able to download the app and take pictures and videos of themselves, which enables biometric identification. NOW Money is the first financial company to incorporate such functionality.

Once salaries are paid into their NOW Money account, users can access the same services they would expect from brick-and-mortar banks, such as topping-up mobile phone credit and paying bills.

The additional benefit with the NOW Money app is that it enables them to also shop around for their remittance payments via an online marketplace. The startup takes roughly 2% of the remittance transaction fee from clients, and as it’s digital and automated, the service is offered a more competitive rate – a third less than traditional brick-and-mortal exchange houses.

Having signed up its first customer in January 2017, NOW Money to-date already has around 5,000 users and a handful of regional partners.

With expansion in mind the company is currently going through a convertible note round, whereby investors are invited to invest money in return for equity in the company. Having secured investment of $700,000 from two U.S.-based venture capital investors in August 2017, a month later in September  they closed bridge funding of $1.46million.

The co-founders also have their eye on other markets. “We are almost done with sorting out the licenses in Bahrain and we’re making good headway into Saudi Arabia,” Budd reveals.

“It’s difficult to break into [Saudi] because it’s just big, but they’re trying to create a fintech and entrepreneur hub to counter the drop in oil prices.”

As a leading authority of Islamic finance in the region, Bahrain has grand plans in the works. “Bahrain has been really receptive,” says Budd “They have also been building a regulatory sandbox to test fintechs and it’s easy to break into because of its smaller population, lack of free-zones, and single regulatory and ruling authority—once a decision is made, it’s done.”

However, the U.A.E. is still by far the most promising in terms of willingness to nurture fintech talent. “The country is a small market with loads of banks and with a culture of high borrowing, there are significant movements of funds and goods in and out of the nation,” says Kamalmaz.

“Only five years ago, it would have been unheard of for a free-zone in the GCC to issue licenses for fintech startups. But many banks are now forming consortiums for services like mobile wallets and it’s starting to penetrate the market faster than anticipated.”

From crazy idea, to buzzword, to the future of banking; fintech is finally hitting home.