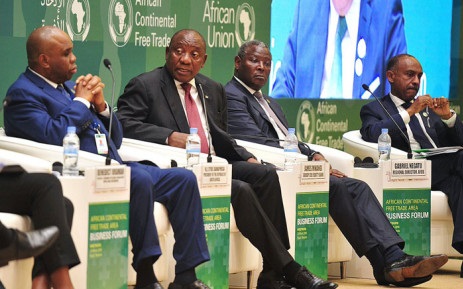 The world’s largest free- trade market has come into effect as the African Continental Free Trade Agreement, (AfCFTA) kicks off.

The agreement, which aims for a tariff- free, single market of goods and services for 1.2 billion people with an aggregate GDP of over $2 trillion, has been signed by 52 of the 55-member African Union states—with the exception of Nigeria, the continent’s largest economy, due to manufacturer and labour industry pressures.

Extractive commodities including minerals, oil and metals have been the continent’s predominant mainstay, accounting for 76% of exports outside Africa. Volatility however hinders its reliability. The agreement hopes to shift dependency on extractive exports towards more diversified sustainable trade in Africa.

While the euphoria hangs in the air, concerns about the agreement’s seamlessness also surface as its implementation could pose complexities to existing agreements across regional bodies such as ECOWAS in West Africa or EAC in East Africa.

Under the agreement, The UN’s trade body, UNCTAD sees a potential to raise intra-Africa trade by 15% to 25% or $50 billion to $70 billion, by 2040 as well as a reduction in intra- African tariffs, which could bring $3.6 billion in welfare gains through a production boost and cheaper goods.

Outstanding issues such as arbitration measures, certification of goods’ origin and infrastructural bottlenecks however remain unresolved and could throw up barriers to the envisioned integration.

According to African Union commissioner for Trade & Industry, Albert Muchanga, the free trade zone is a “triumph of bold, pragmatic and continent-wide commitment to economic integration”.

The decision by Africa’s largest economy, Nigeria—including Benin and Eritrea—to opt out has also raised concerns. However, analysts believe that more diversified large economies, led by South Africa and Egypt, could benefit more.

If successfully implemented, Africa’s manufacturing sector is projected to double in size with annual output leaping to $1 trillion by 2025—creating over 14 million jobs and enhancing competitiveness at industry and enterprise level.

Advocates for the trade zone say it will help develop African economies long driven by a focus on resource exploitation and provide a platform for negotiating with international markets, given that an integrated continent opens up decreased trade restrictions, a larger supply market and free movement.