How Amity University Built A Successful Chapter In The UAE 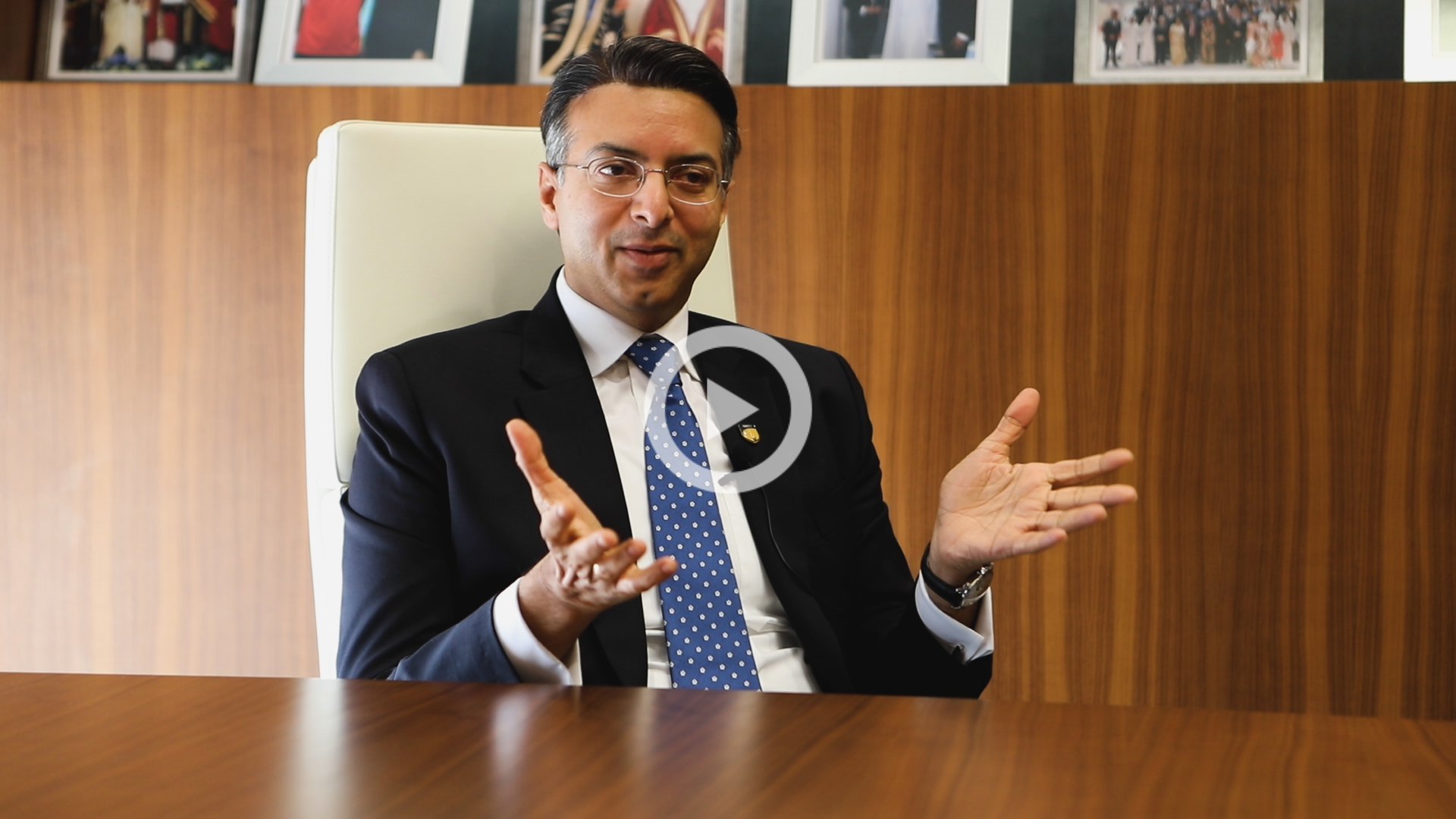 In the heart of Dubai’s International Academic City, among a sea of low-rise sandy-colored buildings rises a formidably large, modern glass structure. It stands out for its size, its design and the vast space that surrounds it, milling with young people from all nationalities and walks of life.

Entering the light and expansive lobby has a similar feel of walking into a vast gallery or exhibition space. With three floors in sight encased in glass, directly in front of you reaches out a dark-grey and shining flight of stairs that serves partly as a functioning staircase and party as an installation designed for students to sit, talk, socialize and study. All of these activities are abundant on a busy Tuesday afternoon.

This is the new $100 million university campus for global education provider, Amity—and it’s easy to see how a team of architects and designers from U.S.-based CannonDesign were kept busy bringing it to life. “We just gave them a brief that it should be one of the best campuses in the U.A.E.,” says Amity’s softly-spoken chancellor, Dr Atul Chauhan. “Students should be happy. If you’re happy then whatever you’re doing at that point of time, you’ll be more efficient.”

The 700,000 square foot facility boasts of 26 educational labs that teach disciplines such as hospitality, tech, media and fashion among others. The university also houses an expansive library and various recreation facilities including a gym, pool and a soothing common area.

Amity’s first home in the Middle East was a two-floor campus within Dubai International Academic City (DIAC)—it was far humbler than its current grounds. It was 2011, and at that time the emirate was slowly but surely building its credentials as a hub for higher education. Amity’s founders saw an opening to entrench themselves regionally.

The institution soon found its target group after it noticed a need for university-level degrees for disciplines such as aerospace and alternative energy, such as nuclear science. “Most of the institutes here are teaching management—it’s just the easiest,” states Chauhan. “We came with very resource-intensive programs.”

Today, Amity is well-established locally, offering courses in disciplines as varied as management, engineering and law among others. Its growth has been in tandem with the region’s appeal for students. A 2017 report by consultancy Higher Education forecast that the U.A.E.’s higher education market had generated revenues worth $1 billion. Nearly 27,500 students registered across all levels of academic study across campuses within DIAC in 2018, figures released by the freezone reveal.

The U.A.E.’s strategic location and the number of international branch campuses have also played a key role in attracting students from both Asia and Africa who are looking to earn a degree overseas. According to DIAC, the main source markets of transnational students to the U.A.E. are India, China, Nigeria, Saudi Arabia and Pakistan. Amity itself has students from 50 nationalities at its Dubai campus coming from far flung geographies like the U.S. and France.

Noticing burgeoning demand, Chauhan and team procured freehold land within DIAC in 2015 to build its current campus. It took another two years to complete the expansive structure that is now committed to providing quality education to its diverse student body. The campus was officially inaugurated in 2018 by Princess Haya bint Hussein.

As you wander through the wide colorful halls of the building, groups of students recline against contemporary furniture and relax in the games room. A two-tier library buzzes with activity and the murmur of intense conversations huddled over laptops permeates the air as engrossed study groups discuss their latest project. Bursts of laughter can be heard from the grounds outside as friends race around the open-air auditorium.

The doors to the labs announce their purpose, but give nothing away about the scenes you may find inside. Once you enter, most are striking in their size—none more so than the aeronautical lab, which is large and spacious enough for students to build their own working light aircraft and airplane engines.

On the second floor, one room reveals a dummy of a fully-dressed human female lying on the floor in a sterile white room, covered in and surrounded by blood splatters. The scene could be unsettling on any normal university campus, but not at Amity. This is where students enrolled in its forensic science program experience practical simulations of forensic activities such as fingerprinting, DNA profiling, toxicological analysis, trace evidence analysis, questioned documents and handwriting examinations.

Elsewhere the media lab houses a fully equipped green-room so students can create their own special-effects-filled movies and film reels. The hospitality lab has a top-tiered working restaurant with full-scale active kitchen, large five-star-quality double bedroom and a reception area, so students dreaming of careers in luxury hotels can hone a full suite of industry skills.

The attention to detail across Amity’s airy campus is no accident. Chauhan, who hails from a family of teachers and academics, believes that investing in a good campus is paramount in providing a quality education. “They say once a student comes in, the revenues come and we will invest,” he says. “We’ve always had a philosophy of investing upfront, giving the best facilities, the best labs, the best faculty members. Even the first batch of students that come in, they should be getting a world class [education].”

Chauhan is no stranger to private education. His family foundation, the Ritnand Balved Education Foundation—which was created specifically to invest in education—first started a not-for-profit school in India’s capital, New Delhi, in 1991. Sensing a need for quality higher education, the group later ventured into colleges, opening a business school in India. Subsequently it established a school of engineering and another for communication and law before instituting a university in 2004. Meanwhile Amity’s network of schools also grew from just one to 22 across the country covering a range of curricula including the IB, Indian system and A-levels.

It has also exported its brand of primary and tertiary education to the U.A.E., running an IB school in Abu Dhabi and a pre-school early learning center in Dubai. The group has also started a school in Al Quoz that follows the Indian curriculum with a capacity to cater to 8,000 children and another one in Sharjah.

Amity’s attention to on-campus amenities is evident even in its schools. Its Abu Dhabi school has a watersports academy to teach its students the craft of sailing. “We have a blue flag from the yachting association,” says Chauhan.

With four schools and a university in the U.A.E., the pace of growth seems slow for Chauhan who is spearheading a global expansion of its education arm. Over the last 10 years, Amity has expanded to 15 countries and aims to expand to another 15. The group recently picked up a 170-acre campus in Long Island, U.S. for $22 million as it looks to get a foot in the private education market in the country.

But its global plans are not derailing its focus from the Middle East. Its commitment to the region extends beyond an expansive campus to spill into crafting the right partnerships. Amity University Dubai last year inked a deal with Dubai Electricity and Water Authority (DEWA) to exchange knowledge and conduct applied studies on the subject.

“We want to be here for the next hundred years,” states Chauhan, promising that Amity’s campus in Dubai will be a beacon of knowledge that will not shy away from investing in research.

“Universities should be generators of knowledge,“ he says. “They are how society evolves, how the world evolves.”