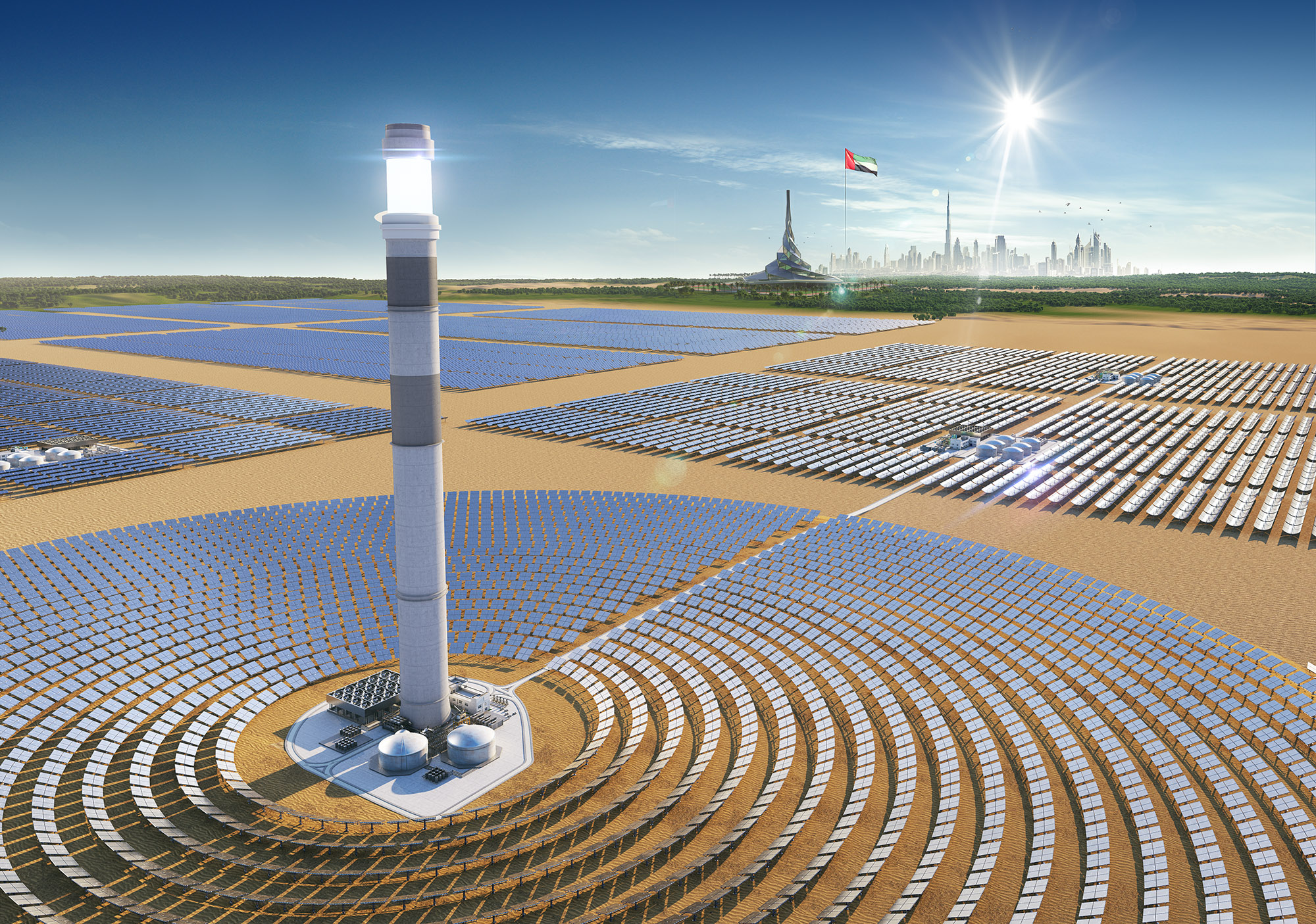 Fourth Phase of the solar project- Photo from ACWA Power

Dubai Electricity and Water Authority (DEWA), along with a consortium led by Saudi Arabia’s ACWA Power and Chinese state-owned Silk Road Fund, have reached the financial closing of the 950MW 4th phase of the Mohammed bin Rashid Al Maktoum Solar Park. According to reports it will be the largest single-site solar park in the world.

The consortium has not yet disclosed the amount of the financial package, but it exceeds $2 billion, according to media reports.

"This phase is the largest single-site investment project in the world. It uses both Concentrated Solar Power and photovoltaic solar technologies based on the Independent Power Producer model with investments up to AED15.78 billion," said Saeed Mohammed Al Tayer, MD and CEO of DEWA.

The new phase is set to provide clean energy for 320,000 residences and will reduce 1.6 million tonnes of carbon emissions annually.

The project will feature the tallest solar tower in the world at 260 metres and the largest thermal storage capacity of 15 hours, allowing for round the clock energy availability.

“Last year, in partnership with DEWA, we made a decision to expand the project’s production capacity from 700MW to 950MW through a hybrid concentrated solar and photovoltaic plant, to ensure maximum productivity. Noor Energy 1 will be capable of 15 hours of thermal energy storage—a great feat for renewables," added Mohammad Abdullah Abunayyan, Chairman of ACWA Power.

In November, DEWA and ACWA Power signed an amendment to the Power Purchase Agreement for the fourth phase of the Mohammed bin Rashid Al Maktoum Solar Park, adding 250MW of photovoltaic solar panels as an extension to Noor Energy 1. Following the amendment, the total investment for the ambitious project reached $4.3 billion.

The solar power projects currently operational in the solar park have a capacity of 413MW. Meanwhile, DEWA has three more projects under implementation with a capacity of 1,550MW. It recently announced the 900MW 5th phase using photovoltaic solar panels, bringing the total capacity of the five phases announced so far to 2,863MW.