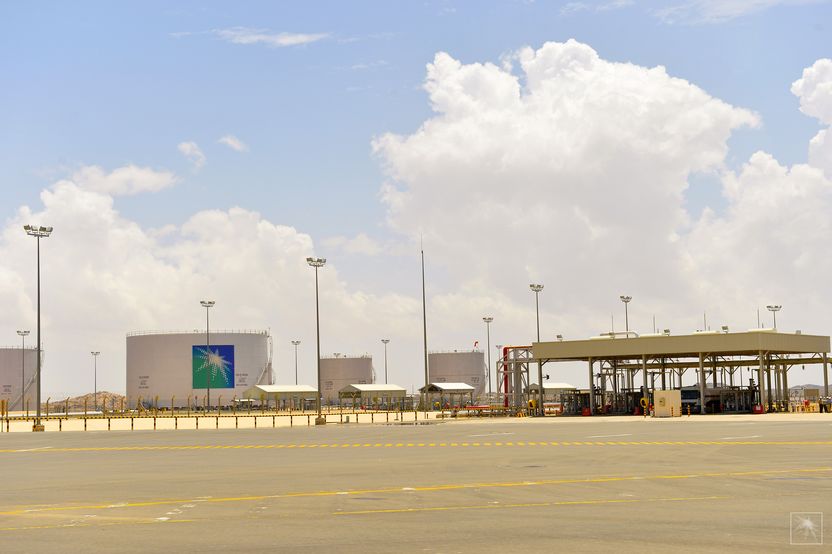 Ahead of its $10 billion bond issue, Saudi Aramco has taken the spot of the world’s most profitable company.

Saudi Aramco’s earnings before interest, tax, depreciation and amortization (EBITDA) amounted to $224 billion, according to a credit rating report by ratings agency Fitch. That is far higher than Apple, which is the most profitable listed company with an EBITDA of $79.5 billion.

The standalone rating of the Kingdom’s oil giant corresponds to a rating of 'AA+', which sits at the upper boundary of the Fitch rating spectrum for oil and gas companies, reflecting the company's high production, vast reserves, low production costs and very conservative financial profile.

Saudi Aramco is the world's largest oil producer by volume, the only oil producer in Saudi Arabia and the custodian of the kingdom's 266,260 million barrels of crude oil reserves. It’s 2018 liquids production and its total hydrocarbon production averaged 11.6 million and 13.6 million barrels of oil equivalent per day (mmboepd), respectively, well ahead of the output of global and regional integrated producers such as Abu Dhabi National Oil Company Royal Dutch Shell, Total SA and BP plc.

Saudi Aramco's financial profile too is very conservative. By the end of 2018, its cash balances exceeded debt. Saudi Aramco's leverage will continue to remain low, even after the recently announced $69 billion acquisition of SABIC that is expected to be predominantly funded from the company's free cash flow.

The company’s acquisition of a 70% stake in SABIC, one of the largest petrochemical producers globally, also fits into the company's vertical integration strategy. It should help diversify earnings while having a limited impact on Saudi Aramco's leverage.

Saudi Aramco is the key source of tax proceeds and forex revenue for the state.

“We estimate in 2015-17 the company accounted for around 70% of the country's budget revenue proceeds and 80% of its current external receipts,” Fitch said in the report. “Saudi Aramco's potential IPO and other reforms could somewhat increase the company's autonomy; however, the interdependency between Saudi Arabia and Saudi Aramco will remain - supporting the sovereign rating cap.”