The Silent Uprising Of A Trailblazer In Emerging Markets 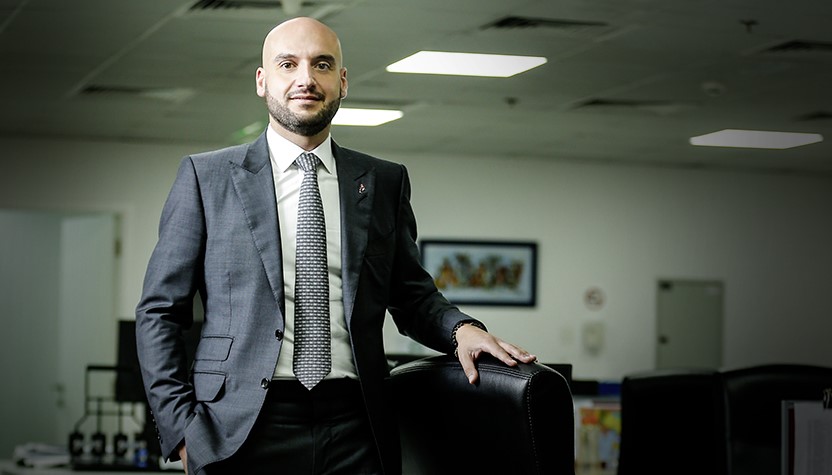 On any given afternoon, Reda El Chaar can be found determinedly crouched behind his desk in his Dubai office, ploughing through a pile of contractual documents and analyzing financial models.

It is a demanding task, but as the founder and chairman of Access Power and anchor investor of Access Future Metals Holding Limited and Access Real Estate Holdings, El Chaar is responsible for a sprawling business empire.

Overseeing interests in such a diverse range of industries is no easy task, but the executive chairman’s passion for business has been lifelong.

From just eight years old, El Chaar learnt to pay attention to detail and spot opportunities while accompanying his father to his private office in a leafy downtown neighborhood of Beirut, Lebanon.

His father had an itch for entrepreneurship, investing in everything from real estate, F&B, pharmaceuticals and construction among others things. While a young El Chaar watched his father work, he learnt the mantra: “you should know your business from shovel to profitable exit.” As he grew, El Chaar Junior was tasked with working alongside construction workers on real estate projects while also handling complicated accounting tasks.

Armed with a complex skillset and desire to prove himself, he joined Unilever’s marketing division and was part of the team that executed the launch of Clear Shampoo in the Middle East and North Africa. El Chaar’s ingenuity shone through when he impressed his managers with a single slide presentation that consisted of a photo of his bald head and an accompanying caption that read: “I have been using the competitor’s shampoo for the past 20 years.”

“From the day he joined my marketing team, Reda demonstrated an extraordinary passion for pushing the boundaries of what could be achieved,” says Iain Potter, VP Marketing at Unilever Global.

Having seen businesses built from the bottom up, El Chaar left Unilever to join an upcoming Saudi start-up, ACWA Power, today one of the largest power utility companies in MENA.

At the time, ACWA Power was focused on conventional power projects. El Chaar, however, carved out a niche for himself and became Lead Developer of Renewable Energy after realizing the value of the industry. At that time, governments and other stakeholders had just begun exploring the potential of renewable energy in the region. According to Bloomberg New Energy Finance, by 2040, 72% of new capacity worldwide will be wind or solar. In the Middle East & Africa alone, 680GW of wind or solar energy will be required, equating to a market worth a staggering $400 billion. In his new role El Chaar developed the company’s first renewable energy projects in Morocco, South Africa and Bulgaria among others.

"I recognized his self-belief when he walked in from Unilever expecting to be taken on as a Developer at ACWA Power. It is both his tenacity and entrepreneurship that has fast-tracked his achievements" said Paddy Padmanathan, President & CEO of ACWA Power.

With a natural taste for leadership, and confident that he had found a growing market ready for new players and further investment, El Chaar left ACWA Power to start Access Power in 2011—his own emerging market-focused renewable energy company.

Access Power took the renewable energy industry by storm. Within six years, the company established a portfolio of solar and wind projects that El Chaar claims is today worth over $1billion. According to the executive chairman, he managed to achieve this by cutting costs and innovating.

To make all this possible, El Chaar has attracted some of the biggest banks in the world to finance his projects, including the World Bank’s International Finance Corporation (IFC), the European Bank for Reconstruction and Development (EBRD) and the Asian Development Bank (ADB).

As the flow of solar and wind power projects continues to grow, El Chaar has also succeeded in attracting tier-one investors and shareholders. His ability to blend human relationships and commercial business is recognized and admired across his employees, investors and peers.

“It is that combination which makes Reda so effective: ambition, drive and attention to detail that allows him to execute his vision. You know all about it when you negotiate with Reda—he is determined to get the very best deal,” says Harry Boyd-Carpenter, Director, Head of Energy EMEA at the Sustainable Infrastructure Group. “But you also know that once you have an agreement, it stays agreed.”

Having built a successful business within renewable power generation, El Chaar was ready to take on the next challenge. Keen to hunt out more opportunities, he began to explore how he could bring the art of project development into other industries and markets.

In 2014, as demand for electric vehicles and energy storage began to grow, El Chaar recognized the increasing importance of metals used to manufacture the batteries that will power the future.

Seeing the widening supply gap, he quietly set out to scoop up mining concessions for basic battery minerals such as lithium, cobalt and nickel.

In quick succession he consolidated a variety of mining concessions under Access Future Metals Holding Limited.

The dynamic businessman in El Chaar continued to look out for more growth. Faced with a desire for short-term yield, he soon ventured into real estate. Going against conventional thinking, he became an intrepid real estate investor, quick to scoop up distressed assets in several emerging markets and following the golden mantra of “buy low, sell high”. That led to the birth of his next venture, Access Real Estate Holdings, through which El Chaar commands a number of high yielding real-estate portfolios.

“A visionary entrepreneur and a savvy investor, El Chaar has always known the right calls to make when it comes to lucrative investments,” says Robert Booth, Founder of Ellington Properties and former CEO of Emaar. “His understanding of value creation models, market needs and long-term vision influenced him to sign more than $27 million with Ellington in long-term investments.”

El Chaar’s journey was not devoid of challenges, many of which have been personal setbacks. While negotiating land lease agreements with farmers under a Baobab tree in rural Uganda, he contracted malaria and spent two weeks in a local hospital. Later, while meeting with villagers to discuss mining rights along the Mongolia-Kazakhstan border in the dead of winter, he caught hyperthermia and had to be evacuated by helicopter to Russia for critical treatment.

However, not even life-threatening illness could hold him back. Recovering stronger and more determined than ever, he set back on his path to achieve his life-long aspiration of becoming the rain-maker of emerging markets.

From negotiating under an African Baobab tree to leading conversations with global leaders, El Chaar carries himself with an equal dose of humility and confidence. Among his peers he is known for his commanding energy, breaking down seemingly impossible problems into smaller manageable tasks.

But above everything, El Chaar understands that the success he has been afforded is a blessing that needs to be shared. He has continuously channeled a large portion of his income to his philanthropic platform, Access Foundation. Today, the foundation provides care for cancer patients in Lebanon, education for children across Africa and is working towards eradicating Ebola in West Africa.

“Having seen the remarkable work of Reda El Chaar and his commitment to building sustainable projects across Africa and Asia, this reassures me that young bright Lebanese leaders are focusing on our global needs, which could also be replicated and brought back to Lebanon” says Assaf Doumit, Consul General of Lebanon in Dubai.

From the copper belt in Africa to the silk road in Asia, El Chaar is building the blocks for an empire that is set to continue to grow—but perhaps the philanthropist and entrepreneur’s biggest strength is his ability to remain humble. “Money is not what counts,” he says simply. “It’s the journey that gives you the most reward.”