Downtown Abbey's Highclere Castle Available for Rent on Airbnb for $187 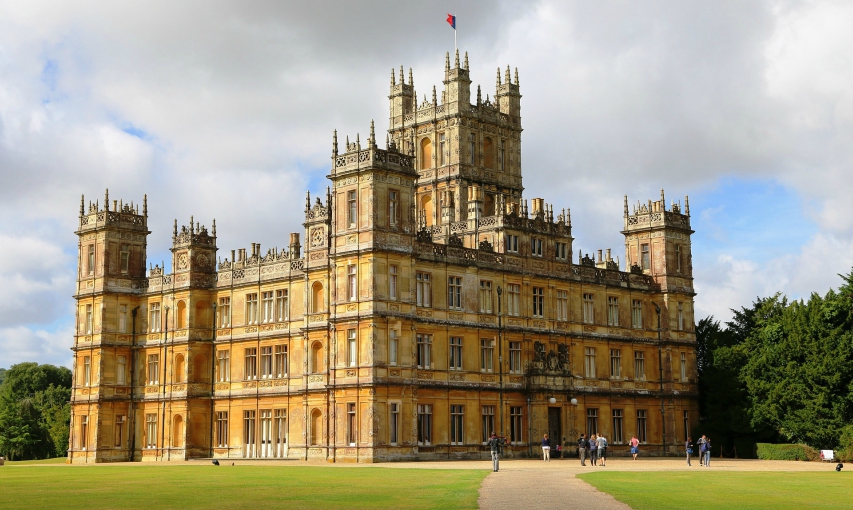 Two lucky fans of Downtown Abbey will be given the chance to live like honorary members of the Crawley family for an overnight stay at the prestigious English estate seen on the hit British historical period drama, Downtown Abbey.

To mark the release of the upcoming movie, residents of the real-life Highclere Castle have listed it on accommodation rental platform Airbnb, giving one couple an opportunity to immerse themselves in the set’s iconic location for around $187.

The one-in-a-lifetime-stay will allow two guests to be treated like royalty and taken care of by the castle’s team of staff once they check-in at the iconic 100,000-square-foot castle for one night only.

On November 26, the chosen pair will be residing in one of the 17th-century castle’s Gallery bedrooms, which has an en-suite bathroom and views that overlooks 1,000 acres of rolling parkland.

“It’s an absolute privilege and pleasure to call Highclere Castle my home and I am delighted to be able to share it on Airbnb for a truly unique stay,” said host Lady Carnarvon in a press release.

“Highclere Castle has been in the Carnarvon family since 1679 and has an incredibly rich history. I am passionate about the stories and heritage of Highclere Castle, and I am looking forward to welcoming our future guests.”

For the ultimate exclusive Downton Abbey experience, there are a set of rules in the Airbnb listing that apply. Cocktail dresses are de rigueur for dinner, newspapers have to be ironed, strictly a butler per person, gossip is restricted to downstairs quarters only and more.

Apart from this, lucky winners will also enjoy an evening of drinking cocktails in the Saloon followed by an extravagant dinner hosted by the owners, the Earl and Countess of Carnarvon, in the State Dining room, while being waited on by one of the castle’s private butler.

Naturally, after-dinner coffee will then be served in The Library, where Downtown Abbey character Lord Grantham was often seen spending his time writing letters on his desk, before retiring to one of the principal, opulently full-furnished bedrooms.

The following day, the guests will enjoy a delicious breakfast and will be given an exclusive private tour of the iconic castle’s majestic room and its extensive grounds like Drawing Room and the Library.

Before departing the historic building, which has a total of 300 rooms, the guests will receive a special gift from Lord and Lady Carnarvon.

Downton Abbey aired from 2010 to 2015, it drew  a total of 9.6 million viewers in its finale. During its six-season run, it received critical acclaim and was nominated for 15 Emmys out of 69 nominations.

Apart from being widely known as the home of the Crawley family, Highclere Castle has been featured in films, series as well as music videos. American singer John Legend filmed his 2006 ‘Heaven’ music video.

For those wanting to enjoy life as a Lord or Lady and celebrate the anticipated motion picture, booking will be open on October 1 at 12pm BST.