These Are The World’s Tallest Buildings Under Construction 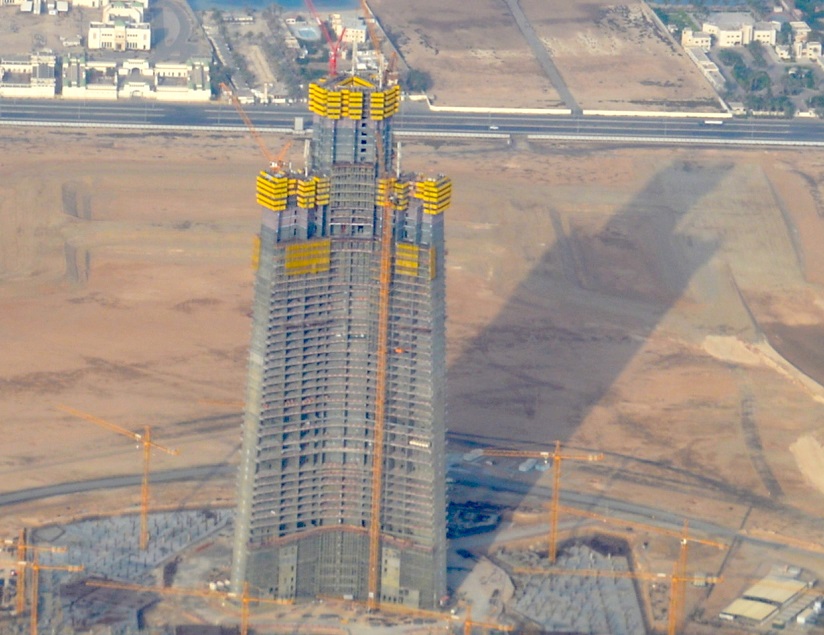 The 1,454 ft Empire State Building stood as the tallest building in the world for nearly 40 years. Now Dubai’s Burj Khalifa holds the title, at 2,716.5 ft. However, it has some competition.

There are currently more than 100 buildings under construction across the world that are competing to take the record-breaking title. According to The Skyscraper Center, these are the top man-made structures set to take over our skylines:

As 3,281 ft, the Jeddah Tower in Saudi Arabia is set to be the world’s tallest skyscraper, taking over from Dubai’s Burj Khalifa. The $1.4 billion commercial and residential project will consist of 167 floors.

Adding to Dubai’s skyline will be upcoming landmark, the Dubai Creek Tower, which will be the tallest tower in the city and second tallest in the world when complete. The mastermind behind Emaar Properties’ 2717 ft icon is neo-futuristic Spanish architect, Santiago Calatrava. The monument is situated in the heart of the Dubai Creek Harbour and is planned to be completed in 2021.

The 492m Exchange 106 will no longer be the tallest tower in Malaysia when Tower M, a 145-storey gravity-defying structure is completed within the Kuala Lumpur City Centre development after 2030. KLCC Property Holdings Berhad is the developer of this 2,297 ft project.

The building will reach a staggering height of 2,133 ft. when completed in 2021. Based in Kuala Lumpur’s Jalan Hang Jebat, Merdeka PNB118 or KL 118 started construction in 2014 and will soon serve as a hotel, commercial and residential space.

This project will stand 1,699 ft high in Hefei, China once complete. First proposed in 2012, the Evergrande International Financial Center T1 will be formally unveiled in 2021. It is not only set to be one of the tallest buildings in the world but is also expected to be the tallest landmark in the Anhui province in Eastern China. The building is designed to resemble bamboo.

Currently under construction in D Jiazhai, Xi’an, China’s upcoming Greenland Centre will serve as a hotel and office. The 1,634 ft building is being developed by Greenland Group and designed by Skidmore, Owings & Merrill LLP.

Developed by the Greenland Group, the Chengdu Greenland Tower will be the fourth tallest in the nation and the tallest in southwest China. Situated in the Dongcun district of Chengdu, the 1,535 ft building is being designed by Adrian Smith + Gordon Gill Architecture and will be used for commercial and hospitality purposes.

China’s 1,503 ft Corporate Avenue 1 will reportedly be the tallest in Chongqing. Designed by Chongqing Architecture and Design Institute, it is slated to be launched in 2022. Real estate company China Vanke Co. Ltd. is the owner of the upcoming mega project.

These Prominent Entertainers Are Venturing Into Architecture

Could Bank Finance Boost The Building Of Affordable Housing?