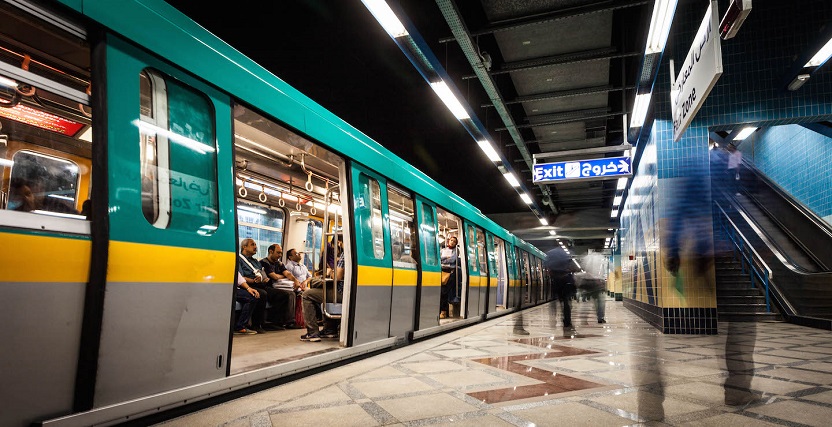 In a bid to renovate the city’s fastest transportation means, Egypt has inaugurated a $116 million subway station.

Cairo’s underground metro system, which currently transports more than four million passengers daily and has seen multiple price hikes in recent years, was well on track for bigger cuts owing to a need to offset annual losses and IMF-backed reforms.

Run by the country’s National Authority for Tunnels and opened in 1987 as line 1, The Cairo Metro is Egypt’s first rapid transit system and the first of two full-fledged metro systems in Africa and only four in the Arab world. It has since, become the most important means of transportation in Greater Cairo, helping commuters avoid traffic jams or negotiate fares with unmetered taxis.

Egypt’s transportation Minister, Kamel al Wazir, says the new Heliopolis Station, constructed on 10,000 square meters is the Middle East and Africa’s largest subway station adding that the government is determined to continue developing the subway network in accordance with the best international standards as a means to reduce traffic congestion in the overcrowded city.

At 45 kilometers, the station, which is on Cairo Metro’s third line, is vital as it connects two ends of the city.

Last year, for the second time in less than a year, ticket prices spiked again on Cairo’s underground metro based on the length of each stop amid staggering accumulated losses and a total deficit of 94% in the 2017/18 renovation budget for the metro system, which put the network at risk.

The new hike would see commuters pay a base fare of LE 3($0.19) for the first nine stops and an additional LE 2 (total LE 5) for seven more stations, with the highest ticket price at LE 7 if the commuter travels more than 16 stations. The previous ticket price of LE 2 ($0.12) imposed no station number determinations.

Heavy-Duty Hydrogen: Fuel Cell Trains And Trucks Power Up For The 2020s