Are You Investing In Asia? It Could Be Time To Take A Less Trodden Route To Returns 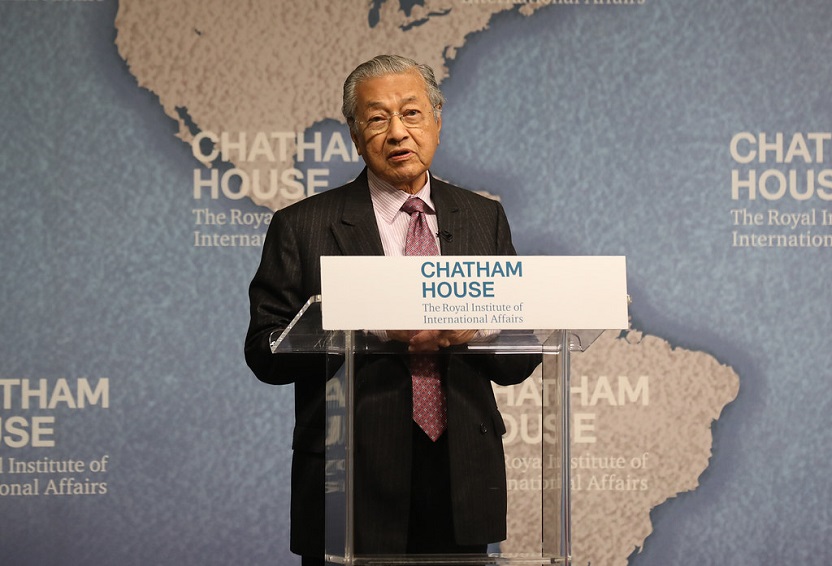 It’s hard to visit countries like Vietnam, Thailand and India without getting excited about the opportunities for investors.

Bolstered by a dovish stance at the US Federal Reserve (at least for now), 2019 looks set to be a good year for key emerging and frontier markets, especially across South and South East Asia.

The Vietnam of today has many similarities with China 15 years ago. For example, the rate of development in Vietnam since it opened to the world in 1990 is almost identical to the first 18 years of China’s growth post 1977.

Also, like China, Vietnam takes a state-first approach. While private enterprise is increasingly encouraged, state-owned enterprises (SOEs) dominate and the government’s influence is seen in most areas of business. Further, the model for development is classically Chinese: maintain a cheap currency and encourage export-led growth based on cheap land and labour.

Yet no Chinese banks nor consumer brands have really penetrated Vietnam. Indeed, China accounts for only 5% of foreign direct investment, ranking well behind Korea, Japan and Singapore.

This is significant in providing the scope for domestic companies to grow to the extent they have.

The large, young workforce in Vietnam helps to fill job vacancies, reflected in GDP growth at 7%, well ahead of its fiscal deficit of 3%. The working population is also well educated.

The scale of the opportunity will, to some extent, depend on Vietnam’s ability to stimulate enough infrastructure investment to address the need for more power stations, roads, bridges, railways, airports and better internet connectivity. The country must also tackle its large number of non-performing loans by financial institutions playing a more prominent role within the economy.

Turning to India, regardless of ongoing central elections, the long-term outlook remains unchanged.

Headline-grabbing numbers include it being the sixth-largest economy with GDP of $2.5 trillion, the second-largest nation by population and one of the world’s youngest countries. At the same time, boasting over 5,000 listed companies out of the 23,000 listed across all emerging markets, India offers fertile ground for quality companies to continue to compound cash flows.

Perhaps less appreciated is the independent and functional judiciary, a strong central bank, an independent election commission, a smooth transition of power and freedom of speech.

India’s challenges, however, are multi-fold: a lack of infrastructure, incidents of religious clashes, job creation, poverty and safety for women. Further, the country must halt any interference in central bank policy; this has appeared with the government appointing a replacement for the governor of the Reserve Bank of India, who quit after clashes of opinion over monetary policy and the use of bank’s reserves.

When it comes to Thailand and Malaysia, recent elections in both countries have led to political headwinds and uphill tasks to drive through government reforms. Despite the uncertainties that such events have created, there are good reasons to believe that being selective will bear fruit.

In Thailand, despite the military coup in 2014, good companies have continued to do well (although valuations remain elevated) and the country has successfully managed to double GDP per capita from the pre-Asian financial crisis peak.

Although the unclear outcome of the first general election in five years threatens to delay progress economically, a stable coalition will help. Plus, since the parties have similar economic policies, it should be possible to build on recent years to defend against looming demographics. Delivering on commitments nationwide in infrastructure, for example, won’t only help convince foreign investors of business as usual; it will also give life to investment spending more widely.

Malaysia, meanwhile, witnessed significant change in 2018. The unexpected election victory for the country’s 92-year-old former Prime Minister, Dr Mahathir Mohamad, has brought with it hope for the end to years of corruption.

The promised clean-up of the political and economic systems led to a step back in order to move forward. A day after the election, for example, those groups of businesses benefiting from their relationship with former government lose a quarter of their market cap as licences to operate were questioned.

While the direction of government policies remains unclear, the mood is positive.

Inevitably, positioning portfolios to capitalise on such opportunities across Asia’s emerging and frontier markets isn’t without risk.

This has led us to prefer equity funding to debt raising. Even in the worst of times, therefore, debt won’t be the variable that will cause an undue issue. Given potential mismatches of dollar funding backed by volatile emerging currencies, we don’t want to lose sleep over leverage or currency bets going wrong.

In emerging markets, in particular, where tides come and go regularly, a margin of safety and a solid balance sheet make sense.

In practice, this means sound businesses with capable co-owners who want to build strong, long-term fundamentals upon which a company can prosper. They will have the capital for rainy days, as one of the best indicators of such vision.