The Big Companies Leading The Push To Digitize Oil

It is a well-known fact that the O&G sector is being digitized much more slowly than other sectors of the economy. “It’s time for action,” Deloitte warns in its recent report. “While going digital has mostly become the norm now, it perhaps makes more sense for O&G companies to seize the opportunity and scale up the impact.” The potential benefits of going digital are clear and include increased productivity, safer operations, and cost savings.

The slow pace of digitalization and the adoption of AI tools affects the global O&G sector, not just particular companies or countries. There is little wonder that this problem exists.

There is however, an understanding in the sector that the transition to digital is inevitable. There is also an understanding that the companies and countries who lag behind in this race are doomed to lose the competition.

The global market for AI in O&G is expected to grow from an estimated $1.57 billion in 2017 to $2.85 billion by 2022, according to a market research report published by MarketsandMarkets™. The report attributes the growth to the rising adoption of big data technology, the digitalization of the O&G industry, investments in AI-related start-ups, and rising pressure to reduce production costs.

The process of digitalization in the O&G sector is already underway. It is worth looking at the biggest companies and the AI solutions they are choosing to use in their exploration and production.

In February 2019, ExxonMobil, one of the biggest oil producers in the U.S., announced its partnership with Microsoft, to develop together ExxonMobil’s largest US shale deposit—the Permian basin. The application of Microsoft technologies should support Permian production growth by as much as 50,000 barrels per day by 2025. Microsoft will collect and process data in real-time mode, which will allow ExxonMobil to make faster and better decisions on drilling optimization, well completions and prioritization of personnel deployment. Earlier ExxonMobil said that it is working with 80 universities around the world to find new solutions for the oil and gas sector.

Royal Dutch Shell, one of the first in the O&G sector to apply AI tech, uses a variety of "smart tools" everywhere, from drilling to gas stations. These solutions help to predict when equipment will fail, to eliminate the problem before it breaks down, and to reduce unplanned downtime of the assets. AI-based solutions help steer drill bits through shale deposits; and improve the safety of employees and customers. In horizontal drilling, real-time data coming from the drill bit helps geologists chart a more accurate course for the well. And at gas stations, using image recognition and video analytics helps to alert gas station managers when a customer pulls out a cigarette at the pump or does something else deemed unsafe.

In January 2019, BP announced a $5 million investment into a startup that developed a cloud-based geoscience platform using AI. The innovative technology links geology, geophysics, reservoir and project information to improve understanding of BP’s subsurface assets. It is supposed to reduce the time on data collection, interpretation and simulation by 90%.

Saudi Aramco said in January that it has converted one of its office complexes in Dhahran into a 4IR Center. The new hub is focused on developing advanced analytics and machine learning solutions in hydrocarbon related applications. Saudi Aramco shares very little data on the technologies used, still the extent of innovation can be inferred from the fact that the World Economic Forum has called its Uthmaniyah Gas Plant a "Lighthouse" manufacturing facility, a leader in technology applications of the Fourth Industrial Revolution. Saudi Aramco is the first energy company globally to be included in this select group of manufacturing sites.

China Petroleum and Chemical Corp. (Sinopec) announced in July 2018 the launch of a $1.48 billion investment firm in the new economic zone of Xiongan to fund new energy, green products and AI. Sinopec intelligent pipeline has already been put into operation.

PwC says that China will be the biggest beneficiary of AI development during the next decade. PwC assesses the global economic impact of AI in the lead up to 2030 to be $15.7 trillion. China’s share will be $7 trillion as compared to the more modest results of North America ($3.7 trillion) and North Europe ($1.8 trillion). In 2015 China launched the “Made in China 2025” initiative to improve its manufacturing competitiveness. Apart from that, it has the goal of boosting China’s global position in manufacturing and production.

Gazprom, the Russian state-controlled gas producer, says on its official website that it has 46 information management systems that automate the most important business. This includes supervisory control along with management operations in such areas as maintenance and repairs, investments, procurement, logistics, finance, budgeting, accounting and taxes, marketing and sales, and property and human resources. 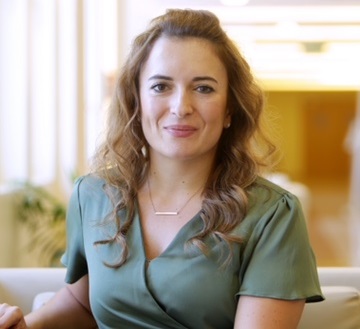