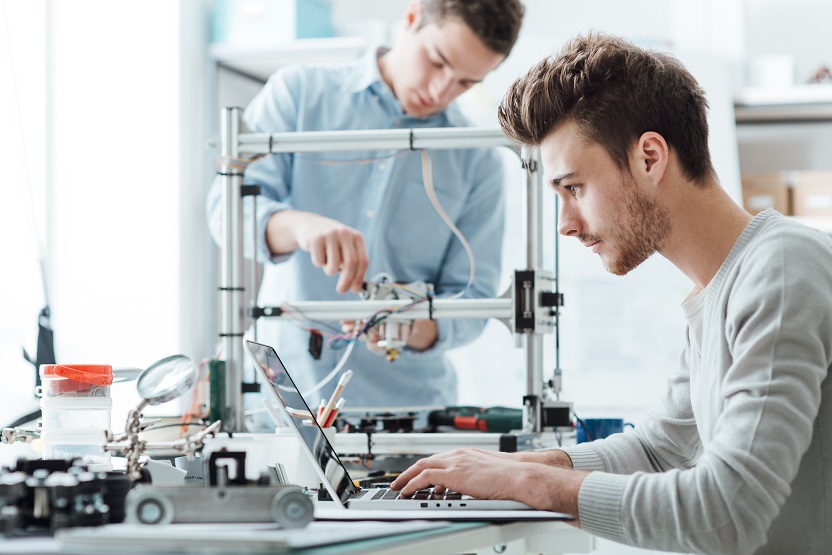 The digital economy in MENA is growing rapidly and creating jobs across skill levels in the Information and Communication Technology (ICT) sector, as well as in traditional industries such as oil and gas, finance, retail, and healthcare. Today, consumers in MENA, especially in the GCC, are among the most connected and digitally savvy in the world: the UAE and Bahrain have over 100% smartphone penetration and 70% social media adoption, even higher than that of the US. MENA also has the world’s second-fastest mobile subscriber growth rate and e-commerce is growing at 25% annually—faster than the global average.

However, although the region’s businesses and consumers have adopted emerging technologies at a rapid pace, MENA is still struggling to produce homegrown talent with the necessary skills to meet the job requirements of today’s digital economy. Despite this challenge, MENA’s ongoing digital transformation has the potential to serve as an economic game-changer, especially for groups suffering from high unemployment, such as youth and women. IT/internet/e-commerce is perceived as the industry with the highest growth potential, according to a recent Top Industries Survey produced by Bayt.com, a regional online job platform. However, in order to fully tap into its digital potential, the region must evolve from one of the world’s largest tech consumers to a skilled tech producer.

Husni Khuffash, Chief Business Officer of Jordan-based tech startup Mawdoo3.com, encounters regional recruitment issues on a regular basis for specific roles. Despite being able to fill basic software and app development positions in Jordan, Egypt, and the UAE, the company is forced to frequently travel to San Francisco to recruit for highly skilled positions, such as engineers with experience in AI. Talent shortages even factor in Mawdoo3’s decisions around acquisitions. “We buy companies just because of their engineers,” says Khuffash.

For tech-savvy youth in MENA looking for a pathway to their first job, where do they start? According to the PwC report “Empowering the GCC digital workforce,” the next wave of digital jobs will be driven by the “Essential Eight” technologies: blockchain, 3D printing, drones, virtual reality, augmented reality, the Internet of Things (IoT), robotics, and AI. However, the digital skills most highly sought after by employers are mostly absent among GCC youth, including statistical analysis and data mining, algorithm design, web architecture, SEO/SEM marketing, software integration, and UI design. A regional survey conducted by Bayt.com revealed that specific areas of coding and development that are expected to grow the most over the next 10 years are the Internet of Things, mobile development, and virtual and augmented reality.

The rise of MENA’s tech industry has placed startups and their founders at the center of the region’s local hiring challenges. Tech entrepreneur Sabi Kanaan, co-founder and CEO of Erabia, which develops e-commerce portals and digital marketing solutions, finds that the most in-demand talent is for cybersecurity professionals and digital marketers who understand how to target new customers. And while Erabia is able to hire software developers and graphic designers, the company struggles to find high-caliber mobile app developers for IOS or Android. Today, higher-level technical skills, especially in machine learning and AI, are scarce in MENA, whereas candidates with basic programming skills are more readily available to employers.

According to Khuffash, AI has the potential to take MENA’s tech industry to the next level by creating high-paying, high-skilled jobs, but local educational institutions are not producing enough graduates with the skills necessary to fill these positions. PwC reports that 93% of the region’s digital professionals on LinkedIn attended university abroad, often through scholarships.

Beyond technical skills, Khuffash and Kanaan also assert that there is a shortage of cross-cutting and soft skills among candidates, especially the ability to self-learn, problem-solve, and relate end-user needs and client requirements in technical terms to developers. Khuffash says that while he could tell a university today what to teach a student, local educational institutions are currently unable to keep pace with the evolving tech industry.

The growing digital economy in MENA has the potential to employ millions of young professionals, including women, but a digitally inclusive future will require an ecosystem that supports it. MENA needs to pivot to keep pace with the future of skills and jobs: from basic digital skills to advanced technical degrees to developing a mindset of life-long learning—the digital economy is a rare opening that MENA cannot afford to waste.

Jasmine Nahhas di Florio is Senior Vice President, Strategy and Partnerships at Education For Employment, a nonprofit working to connect MENA’s youth to the world of work.