Fashion Reimagined: Having Built Up Her E-commerce Empire, The Modist, Ghizlan Guenez Is Expanding Her Own Brand 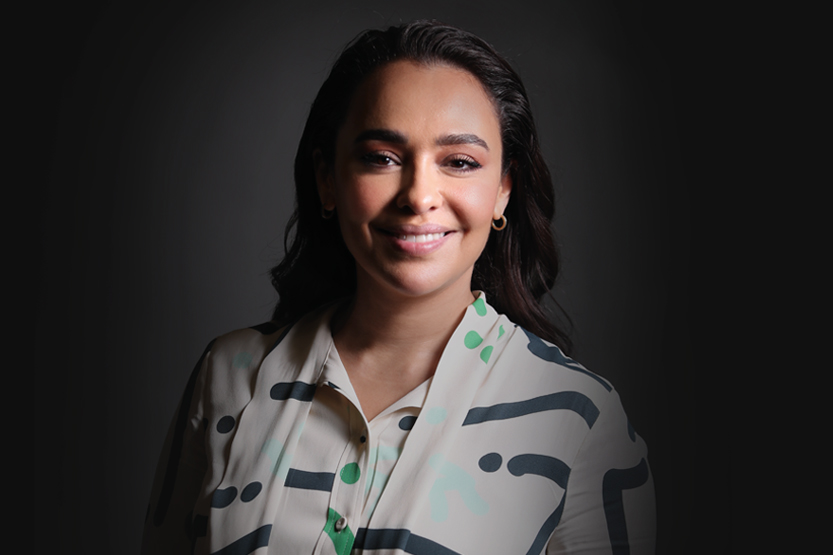 Ghizlan Guenez, founder of The Modist

In just two years, Ghizlan Guenez has quietly built a high-growth e-commerce empire, The Modist. now she is expanding her own brand, Layeur, to connect further with the $484 billion modest fashion community.

A few minutes into our meeting in a glassed conference room at her office, Ghizlan Guenez has proven her skills as a businesswoman. The first product she sold me: the coffee that her assistant graciously offered before our Wednesday morning meeting. While I initially decline the offer, I think again when Guenez remarks: “We really have some good coffee, you should definitely have some.”

The coffee does not disappoint. But delivering on a promise is something that Guenez has clearly mastered by now if her young and growing business—luxury e-commerce website, The Modist—is anything to go by. Now in its second year, the Modist owes its growth to a niche but burgeoning group of shoppers who are eschewing mainstream fashion for a more modest look, and keeping up a $484 billion market in the process.

Home to over 130 brands that can be shipped to over 120 markets globally, The Modist has grown 200% since it launched two years ago and has raised funding from various investors including local retail giant Chalhoub Group and global e-tailer Farfetch. International luxury brands including Marni, Alberta Ferretti, Oscar de la Renta, Christopher Kane, Proenza Schouler and Mary Katrantzou, along with well-known Arab designers including Maison Rabih Kayrouz, Bouguessa, Razan Alazzouni and more line The Modist’s virtual shelves. Prices range anywhere from $100 to mid-thousands for dresses and accessories, but that is not deterring a crop of increasingly global fashion-savvy customers who flock to The Modist’s site.

The GCC is the biggest market for Guenez, but the Modist’s second-highest proportion of sales come from the U.S. Keen to tap into this worldwide community of modest fashionistas, Guenez is now looking to replicate the online shopping experience in physical stores. In August, the e-tailer opened a pop-up store in the U.K.’s popular outlet shopping venue Bicester Village in Oxfordshire for two months. While this was not The Modist’s first offline experience, it was the brand’s first in Europe. Guenez has, in the past, crafted certain offline experiences for her patrons when applicable.

“I think it is really important to feel the brand and experience it, especially when it is a brand that is built around community,” says Guenez, who is now planning to open another pop-up store in The Modist’s home market of the U.A.E. in the coming months.

As well as selling designs from famous names, last year she also launched The Modist’s own fashion brand, Layeur, which is tailor-made to meet every requirement that her customers have. “It was a brand that understood that there was a particular problem that our customer was experiencing and addressed it,” says Guenez. “Whether it was the opacity of our fabrics or respecting the nuances of modesty, like respecting the hemline and neckline coverage.”

Going forward, Guenez says that Layeur’s new collections will be inspired by the needs of her customers, both young and old, looking for an outfit that departs from traditional drab suits. To prove a point, Guenez herself is dressed for our interview in a white silk top patterned in green that is drawn from a collection of Layeur and paired with a set of smart off-white trousers and white stilettos.

Partly driven by cultural and religious customs, the modest fashion industry is increasingly becoming lucrative. A report by DinarStandard and Reuters last year estimated that Muslim consumers alone spent an estimated $270 billion on modest fashion in 2017, up from $243 billion in 2015. Meanwhile, appearances of Hijab-clad models on global fashion runways have further prodded both high-street brands and luxury labels to turn their focus on this new cohort.

While it draws a large amount of traffic from Muslim regions, Guenez has kept The Modist agnostic in terms of fashion. “Islamic fashion is another niche within modesty,” says the 40-year-old entrepreneur of Algerian origin. She believes that a growing portion of women are in search of modest outfits for reasons that transcend halal fashion.

“Religion isn’t the only reason women are opting to cover up,” agrees Kayla Marci, market analyst at retail consultancy Edited. “For some, it’s a personal preference; they find modesty empowering. With the #MeToo movement, women are dressing for themselves more than for the male gaze.” Adding further credence to this fact is an increasing number of online searches for modest dresses. Marci adds that skirt lengths are continuing to grow outside the Middle East, especially within the luxury market. Research from Edited shows that new arrivals of luxury maxi skirts (offered online) have increased 18% year-on-year, while midi styles were up 51% as of August 9, 2019.

It is this demand that The Modist picked up on as it went live. Having grown up in Abu Dhabi, Guenez’s vision was born out of frustration that she could never find outfits that fit her bill. She soon discovered that this problem was not unique to her. Family and friends who also chose to dress modestly were finding it difficult to pick outfits from labels they admired. “I think it is truly a case of frustration that I couldn’t find what I was looking for and had to do it myself,” remembers Guenez.

After graduating in business from the London School of Economics and Political Science, Guenez spent 14 years working in the department of branding and partnerships at private equity firm, Abraaj Capital. During this time, lack of modest outfits among brands further exasperated her.

To understand the industry better, in 2015 Guenez packed up and spent six months touring the Gulf, Turkey, the U.K. and the U.S. During her trip, she met with and spoke to numerous women who preferred to dress modestly to understand their needs and grievances better. By January 2016, Guenez returned with an idea. While there were many e-commerce sites, not many operated within the luxury fashion space and none shipped globally. Collating the inputs that she received from the initial sample of women, Guenez built her product, curating modest offerings from luxury fashion brands using funds from her family and friends.

Based in Dubai, The Modist eventually went live on International Women’s Day in 2017. Over the next six months, Guenez and her team saw demand coming from as far as Australia, China, Tasmania and Latin America thanks to Instagram and other social media platforms. But they soon realized that, despite global demand, The Modist would not be able to deliver to all destinations. Instead, Guenez decided to narrow down her key markets, which were the GCC and the U.S. where the bulk of her demand came from. “We understand this customer, we are this customer, we know that we can service her perfectly,” notes Guenez.

As the business grew, she established an office in Dubai and London, even hiring a couple of former executives from its larger rival Net-A-Porter, including its former global sales and marketing director, Lisa Bridgett. The local team in Dubai handle buying, technology and marketing, while staff in London buy luxury brands to sell via The Modist alongside a design team that works on the site’s inhouse brand, Layeur.

Aware that the idea of modest fashion was still relatively new, Guenez also hired a content team to produce a magazine on modest fashion called “The Mod” to showcase the essence of the industry, to stir up conversation around modesty, and to reach out to her target customers. “We are believers that beauty is beyond what we see on the covers of the magazines and this idea of diversity is not just a buzzword,” says Guenez.

By 2018, The Modist was growing at a healthy rate, but to fuel it further the e-tailer needed more funding. Guenez set to work courting the investors. In June 2018, the startup raised a round from female-led investment fund, Vaultier7, and later bagged additional funding from the Chalhoub Group. This was followed by another much-acclaimed round by luxury e-tailer Farfetch and Annabel Investment Holding, the private equity firm owned by Bulgari Group vice chairman, Nicola Bulgari. Analysts say that global investors are taking note as e-commerce startups in the underserved Middle East market can provide stellar returns.

“The MENA e-commerce market— luxury fashion e-commerce in particular—is just about to blossom, offering an opportunity for high potential returns to investors,” says Luca Bottura, a vice president in advisory firm Delta Partners’ corporate finance unit. “A four-fold growth of the market is expected in the next three years, supported by digital-savvy customers looking for fulfilling buying experiences and comprehensive product selection.”

Guenez says these funds will be used to further penetrate markets with high potential. She is also investing in technology, utilizing artificial intelligence and machine learning to personalize the user experience for customers browsing the site. “Your experience (on our site) should be based on what you generally look for and what you buy and what you like in terms of trends,” explains the CEO.

While Guenez knows that competition is not too far away from swooping into the underserved market in modest fashion, she can finally take a breather. After working non-stop for two years, Guenez is heading for a nearly week-long holiday in Beirut soon. But her ambitions are nowhere close to slowing down, embedding growth in the brand’s DNA.

The Startup That Helps You Stream TikTok And YouTube Is Now Worth $1.16 Billion