Next Billion-Dollar Startups: Truepill’s Dose Of Digital Disruption To The $400 Billion Pharmacy Industry 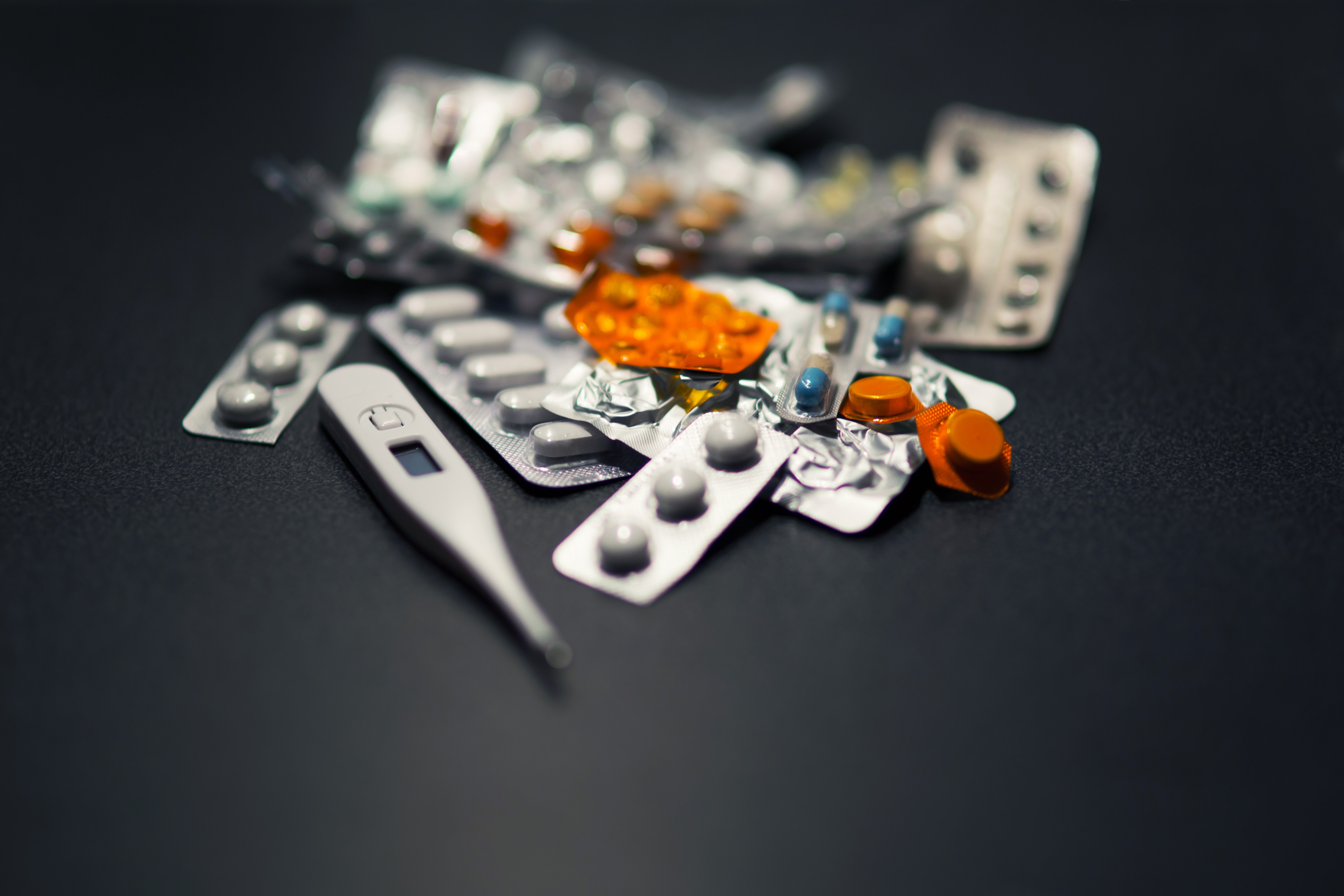 I was barely getting any sleep,” Umar Afridi, cofounder and CEO of Truepill, says of the tech-enabled pharmacy company’s early days. From 9 a.m. to 4:30 p.m. each day, he worked at Truepill’s distribution center in Hayward, California. Then he drove to his job as a pharmacy manager at a 24-hour CVS in East San Jose. On the side, he studied for a dozen state pharmacy exams so that Truepill, which at the time had no other pharmacists on staff, could legally ship to those states. “It was a pretty crazy first year,” he says with characteristic understatement.

That craziness has paid off for Afridi, 37, and his cofounder, Sid Viswanathan, 35, who hope to upend the staid, heavily regulated pharmacy business with technology. Truepill, which is based in San Mateo, California, shipped its first prescriptions in 2016. Last year its revenue reached $48 million, helped by the fast growth of direct-to-consumer customers like Nurx, which sells birth control, and Hims, which focuses on remedies for hair loss, erectile dysfunction and acne. This year Truepill could double its revenue to $100 million, as it expands its customer base beyond direct-to-consumer medications to prescriptions that treat more serious illnesses.

Those revenue numbers gained Truepill a spot on Forbes’ Next Billion-Dollar Startups list this year, despite its having raised just $13 million in venture funding led by Initialized Capital at a valuation of $80 million in its last round. That valuation makes Truepill an outlier on the list, as does the fact that Afridi and Viswanathan own the majority of the business and plan to continue to do so after raising the next round of capital, expected before the year’s end.

Afridi and Viswanathan—and their investors—are betting that Truepill will see a big payoff as consumers move away from in-person doctor visits and to a new model of telemedicine. “This is the building block of digital health and the future of healthcare,” says Initialized managing partner Garry Tan.

Pharmacy is a roughly $400 billion business in the United States, yet only recently have entrepreneurs begun tackling the market. In 2013, two young founders launched PillPack, a retail pharmacy startup that was acquired by Amazon last year for around $750 million. Other newcomers followed, including New York City’s Capsule, which grabbed $270 million in funding to do same-day prescription delivery refilled via text.

Truepill’s difference: Its business-to-business model makes it a behind-the-scenes player, invisible to retail customers, who will never have reason to know its name. That’s by design, and it allows Truepill to sign agreements with drugmakers and pharmacy benefit managers, those industry intermediaries that sit between insurers and drugmakers, without directly competing with them. “We’re not a traditional mail-order pharmacy,” Afridi says. “We’re way more than that.”

Afridi was born in Salt Lake City and grew up in Manchester, England, where his mother’s family was from. He studied pharmacy at the University of Manchester and worked as a relief pharmacist, filling in for those who went on vacation, in England. After passing the tests to practice in the United States, he took a job at Fred Meyer near Seattle. Unlike the typical pharmacist, Afridi always had an entrepreneurial side gig. During college, he imported performance cars, like the Mazda RX-7 and the Mitsubishi Evo 5, from Japan and sold them at a profit.

While working as a pharmacist, he taught himself computer programming and began playing around with the idea of an on-demand pharmacy. His goal: to ease customers’ frustrations with waiting in line to pick up medications and to cut back the phone calls and faxes required for pharmacists to do their job. “I’ve always had a passion for technology, and every time I see a problem, I think, ‘How can technology fix this?’” he says.

Viswanathan, an Indian immigrant, had worked at Johnson & Johnson, then cofounded CardMunch, a business-card scanning app. In 2011, LinkedIn bought the startup for a reported $3 million. Viswanathan stayed at the larger company after the deal, and when LinkedIn went public the stock he owned made him wealthy for the first time. “It was fairly life-changing coming from no money to having some,” he recalls. After nearly four years at LinkedIn, he was ready to leave and work on another startup. “My only criterion was what do I want to spend the next 10 years of my life on,” he says.

While he was pondering what to do next, he stumbled upon Afridi’s profile on LinkedIn—where Afridi had changed his header to “startup founder, pharmacist”—and messaged him cold to talk about healthcare. Soon the two were meeting regularly and brainstorming ideas for a business to start together.

By then, other startup pharmacies, like PillPack, were making inroads with retail customers. Rather than compete in what had become a crowded space vying for retail customers, Afridi and Viswanathan figured they could operate in the background, using technology to build an extremely efficient pharmacy distribution center. “Truepill is what you get when you put together a pharmacist and a software engineer,” Viswanathan says.

“This is the building block of digital health and the future of healthcare,” says Initialized Capital’s Garry Tan.

Their idea coincided with the rise of new direct-to-consumer health brands that needed a distributor that could follow all the pharmacy regulations. To consumers, these Instagrammable health products don’t look like drugs, and often their subscription boxes contain a mix of both prescription and over-the-counter products. But if there’s even one vial of prescription pills going out in the mail, the startup sending it needs a pharmacy to fulfill the order. In talking with Nurx, Viswanathan says, “we came to find out they were literally picking up the phone to mom-and-pop pharmacies in different states.” They gained a customer by offering a better way.

In 2017, Andrew Dudum cofounded Hims, the fast-growing direct-to-consumer therapeutics startup for men, and he, too, signed up with Truepill. “We knew from the beginning we were going to grow very fast,” Dudum says. “We expected 30 to 50 orders per day, and that was the scale we communicated to Umar and Sid that we needed to be prepared for. In the first week, we were getting 500 orders per day.” Today, Hims, which is valued at $1.1 billion, does thousands of orders per day and is one of Truepill’s largest customers. “They figured out a way to scale with us,” Dudum says.

At Truepill’s Hayward distribution center, all orders come in electronically. When Hims sends a prescription for finasteride, the male hair-loss treatment, for example, it goes through electronic vetting and then a robotic machine pulls the 1-milligram tablets from custom-made 1,000-count bottles into a small pill vial that gets labeled with Hims branding. That automation allows Truepill to work more efficiently than a traditional retail pharmacy. So, too, does its focus on a small number of medications: Ten medications, including finasteride and the erectile-dysfunction drug sildenafil, represent 80% of its volume. Its scale in those allows Truepill to turn over its inventory every few days and gives it the power to negotiate prices with drug manufacturers and pharmacy benefit managers on those products.

“Truepill is what you get when you put together a pharmacist and a software engineer,” says cofounder Sid Viswanathan.

For Afridi and Viswanathan, direct-to-consumer medications are just the beginning. They are starting to sign agreements with drugmakers and pharmacy benefit managers, though they won’t name those larger partners yet. This shift comes none too soon, as Hims has announced that it would open its own pharmacy in Ohio to shift a portion of its distribution in-house—a move that Viswanathan says will begin to impact Truepill in 2021. “Hims is a large part of the business in quantity, but not in revenue,” he says, noting that medications reimbursed by insurance are higher cost than lifestyle meds that consumers pay for out of pocket. Truepill currently has two distribution centers and is adding another five.

Afridi and Viswanathan’s next step: building a nationwide network of doctors in every state that will enable their pharmacy startup to play a bigger role in the shift to telemedicine. Those doctors will allow it to work directly with makers of specialty medications, say, so that they can distribute their medications to consumers more easily. Over time, Truepill figures its orders could rise from 5,000 to 10,000 per day to 100,000.

“Lifestyle and ED [erectile dysfunction] medications have allowed us to build the infrastructure to all these other areas,” Afridi says. “There is a lot of innovation that needs to happen in the space.”