How 2019 Became The Best Year In Private Equity’s History 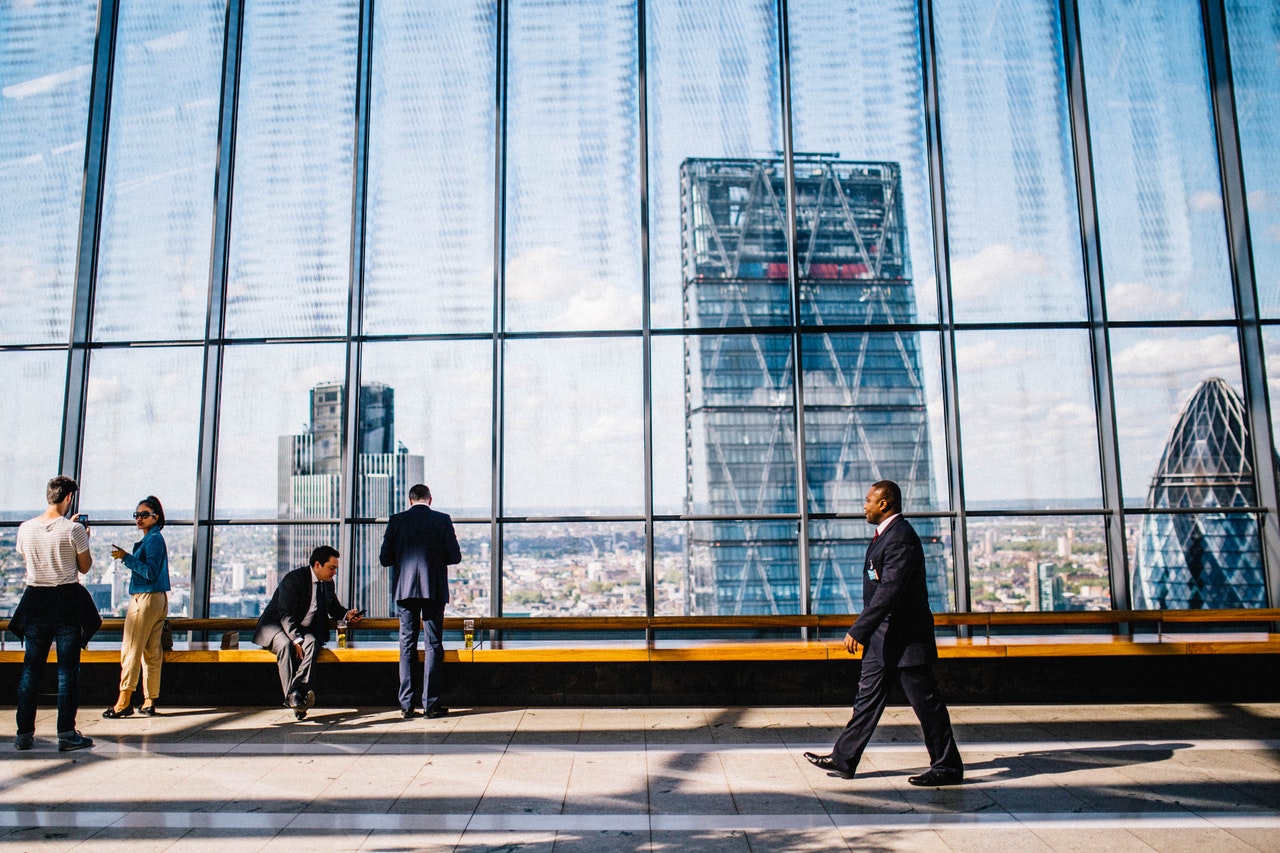 Photo by Negative Space from Pexels

The most powerful man on Wall Street, billionaire Stephen Schwarzman, sits in his personal conference room slightly tanned from recent travels, including a trip to Saudi Arabia, and he is in the mood to philosophize. “What I’ve learned in finance is that there are always things that don’t appear to make sense,” says Schwarzman, who wears a blue suit, a pink tie and a shirt from his favored clothier, Turnbull & Asser.

It is well known that Schwarzman’s firm, Blackstone Group, first conquered the world of private equity, then set its sights on real estate, distressed debt investments, hedge funds and even the staking of other buyout shops, amassing what’s now nearly $600 billion in assets under management. For many years it was also apparent to Schwarzman that despite the glory Blackstone’s dealmakers commanded in financial centers around the world, he oversaw a company judged in market value on par with humdrum companies like used goods seller eBay or spirits conglomerate Constellation Brands, the maker of Robert Mondavi wine.

For the better part of the current roaring bull run in stocks, as Schwarzman corralled billions of dollars from the most discerning pension and sovereign wealth funds on the planet, when it came to getting stock investors to buy shares in his own company, demand was lukewarm and fleeting. The firm’s structure as a partnership, distributing its profits in a tax-efficient manner every quarter, meant its value was anchored to short-term dividend payouts earned from fees and the realization of investment profits. In a market dominated by fast-growing technology platforms, Schwarzman missed out on the current investor zeitgeist, where fund managers and passive indexes apply ever higher valuations to companies with broadening competitive advantages, business momentum and high, recurring profit margins.

Then came Donald Trump’s tax overhaul and with it Schwarzman’s decision in April 2019 to change Blackstone’s structure. This technical flip of the switch has yielded one of the biggest wealth gains in Wall Street history. Since then, Schwarzman’s net worth has increased from $13.2 billion to $19 billion. That’s $5.8 billion of additional personal wealth in nine months.

Blackstone shares have returned 91% in 2019, reaching a record high market capitalization of $66 billion after Schwarzman restructured the firm from a tax-efficient partnership into a corporation, opening the firm’s shares to many index funds and mutual funds, who had been precluded from buying the stock previously. As investors like Nick Schommer of the Janus Forty Fund and passive ETFs linked to the S&P Total Market and MSCI indexes built holdings in Blackstone, stock analysts began to value the firm on par with corporate titans like Visa, Amazon and Home Depot, propelling it from a deep discount to the S&P 500’s going multiple to a premium.

Of this feat, Schwarzman, on a cold afternoon in Manhattan, offers a confident shrug. “It made no sense because it made no sense,” he says of his firm's once stagnant stock. “Since the financial crash almost all financial institutions shrunk—we grew six times.”

For about a dozen years, Schwarzman has manned Wall Street’s dominant institution, earning many hecklers along the way for both the sheer size of Blackstone’s ambition and his own penchant to wade into politics, inviting controversy. During that time, banks failed, hedge funds flamed out, Wall Street’s swashbuckling trading desks were replaced by algorithms and electronic markets, and low-cost Vanguard and BlackRock funds, together with a few financial technology companies, eliminated the vig charged by throngs of brokers and funds.

As this era got going, just days before the failure of investment bank Bear Stearns in March 2008, Schwarzman decided to dial into his first earnings call as the head of a publicly traded company. Blackstone had listed its shares months before, and its stock quickly fell by half as competitors on Wall Street began revealing nine- and ten-figure trading losses, causing global markets to erupt in turmoil. Even then, Schwarzman could see how the contours of finance would be redrawn.

“One of the great things about the private equity and real estate businesses is that investors commit their capital through the life of the fund. There is no conceivable run on the bank, and we are never forced to sell any assets at the wrong time,” he said. “Investors may be throwing securities, including Blackstone, with its $1.20 a share cash distribution policy, out the door in a panic. We are contrarian investors. We do the opposite.”

Still, it was frustrating for private equity’s biggest firms to watch their stocks stagnate for years. With interest rates low and the stock market rising, money poured into private equity strategies in the last decade as returns soared. By the end of the decade, private equity firms controlled 8,000 U.S. corporations. Here they were, the kings of capital, but they couldn’t get any respect in the stock market.

With the election of Donald Trump, however, came his signature piece of legislation late in 2017 that pushed through lower corporate tax rates from 35% to 21%. The cut was so drastic that firms like Blackstone could potentially trade their partnership tax rate for a corporate rate and only see their taxes rise modestly, two-to-five percentage points. The upside of doing so was lowering paperwork burdens on shareholders, eliminating the need to file K-1 tax returns and opening shares to index funds hovering up retirement assets.

Henry Kravis and George Roberts knew what to do next. Both were pioneers in the leveraged buyout business, cofounding their investment firm KKR in 1976, which a dozen years later forged the dealmakers as figures in American culture with the $25 billion buyout of RJR Nabisco in 1988. The deal became the most famous private equity takeover in history thanks to the bestselling Barbarians at the Gate, which was adapted into a movie starring James Garner.

At the age of 75, both yet again led the way, this time with a seemingly arcane move far too boring to yield a Netflix series, but which has perhaps been more lucrative and consequential than any buyout negotiation ever. In the summer of 2018, KKR became the first publicly traded private equity firm to execute a conversion to a corporation under Delaware law from a limited partnership.

“A very large preponderance of our investors were hedge funds,” Kravis told Forbes in May. “We just thought we’d have a larger following and more people could buy the stock, which we hoped would inure to the benefit of all shareholders.”

A few month later, in November 2018, billionaire Antony Ressler’s Ares Management followed with its own corporate conversion, and its stock has returned more than 100% since. With the KKR and Ares conversions going well, the dominoes quickly fell as the other big private equity firms like Apollo Global Management and Blackstone followed suit in a span of months. Carlyle Group is slated to complete its conversion within days. Now, with their stock market capitalization flush and their competitors from investment banks and hedge funds still reeling, the private equity firms rule Wall Street.

“We were unable to be a shareholder until they converted,” says Ian Ferry, a portfolio manager at $21 billion in assets Jackson Square Partners, a longtime admirer of private equity asset management firms, particularly KKR. “The day of the conversion we were in the market buying shares.” Eventually Ferry’s investment firm built a stake in KKR now worth nearly $700 million. “These firms are filling a void that banks stepped out of, partly because of regulatory issues from the financial crisis,” says Ferry. “And they’re [now] on their way to stealing their shareholders.”

If things keep going the way they did this year, Wall Street might soon wake up to find Blackstone Group, a private equity firm with just 2,600 employees and founded in 1985, holding a larger market capitalization than Goldman Sachs, whose 36,000 employees just celebrated the 150th anniversary of the nation’s preeminent investment bank. For now, Goldman’s market valuation remains at $81 billion versus Blackstone’s $66 billion, but the chasm is getting as narrow as the scaffold-clad streets surrounding the New York Stock Exchange.

“I don’t know if I can point to an investor in the last 12 months who told us they want to decrease their allocation to private markets,” says billionaire Jonathan Gray, president of Blackstone and the heir apparent to Schwarzman, who is building mammoth-sized real estate investment portfolios with permanent lives and has overseen teams of dealmakers who are going after the growth sectors of the 21st century, targeting logistics hubs, software and data.

It’s no surprise to practitioners on Wall Street, who each year turn more and more to firms like Blackstone and less towards old-guard investment banks. Entire markets from real estate finance, structured lending vehicles and the management of illiquid high yielding assets are moving from trading desks at Goldman and Morgan Stanley to firms like Blackstone, Apollo and KKR.  What’s long been an obvious trend on Wall Street is now being reflected in the stock market.

“Within the changing financial landscape, I think we are perfectly positioned,” says Schwarzman. “Finance is a big business—a big business! Just think about how much money is printed every year around the world. It keeps getting to be a bigger business.”

Photo by Negative Space from Pexels

Saee Secures $2.4 Million In Series A