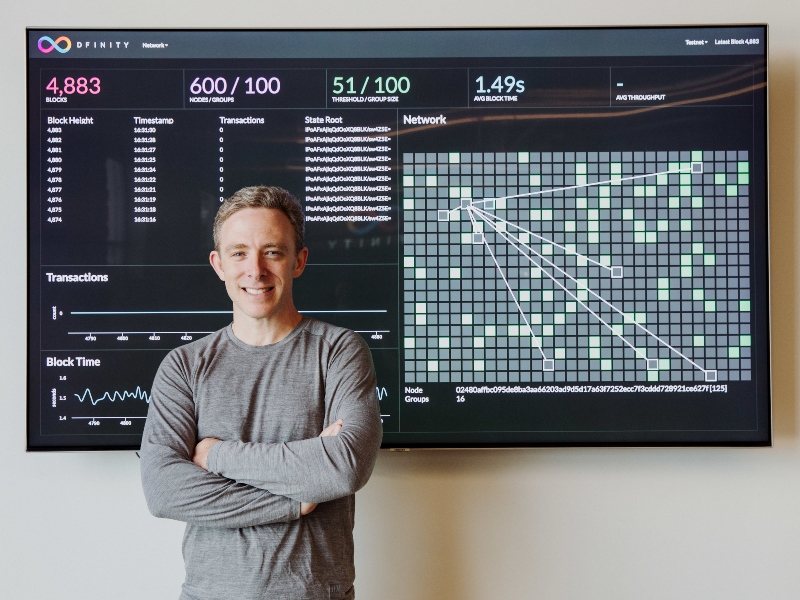 For any business on the Internet, using Amazon, Microsoft or another cloud computing giant is a fact of life. DFINITY founder Dominic Williams wants to change that. His blockchain nonprofit created an internet protocol called “The Internet Computer” that aims to decentralize the internet by putting cloud services (and all of their data) on independent systems.

Now, DFINITY is showing off its new blockchain technology at the World Economic Forum in Davos, Switzerland with a demonstration of an “open” social network called LinkedUp, a decentralized alternative to LinkedIn, that is not owned or operated by a corporate entity.

LinkedUp was built only as a demonstration for now, but the code is open source, meaning that any third-party developer that wishes can begin tinkering with the code and ultimately bring the idea to market if they so choose. Because the software is built on DFINITY’s Internet Computer platform, a public record of any changes will be available for anyone to review.

“We have no idea how Facebook creates its News Feed, and we have no idea how Facebook processes our data, and we have no way of knowing if it ships that data to Cambridge Analytica, and that is one key difference with an open Internet,” Williams said in a phone interview. “[On LinkedUp] you can see the updates to the software going through the governance system, so you know exactly what changes have been made and how the system works.”

In essence, social networks would no longer be a black box. All users would have a much deeper understanding of how the proprietary algorithms work and why they see certain pieces of content. They would have direct access to the code that governs these networks. And thus, Williams argues, people would be more empowered to fight against monopolistic trends in the existing internet infrastructure.

Williams hopes that his LinkedUp application will inspire others to create open versions of other popular software like WhatsApp, Facebook, eBay, and more. He wants to challenge the largest tech companies that control software, and thus the fate of any companies that choose to build on top of their platforms.

DFINITY released a software development kit two months ago to enable developers to build new web applications on its platform. The company plans to launch the Internet Computer later this year.