A College For The Cosmos: The Colorado School Training Its Students To Become Space Colonizers 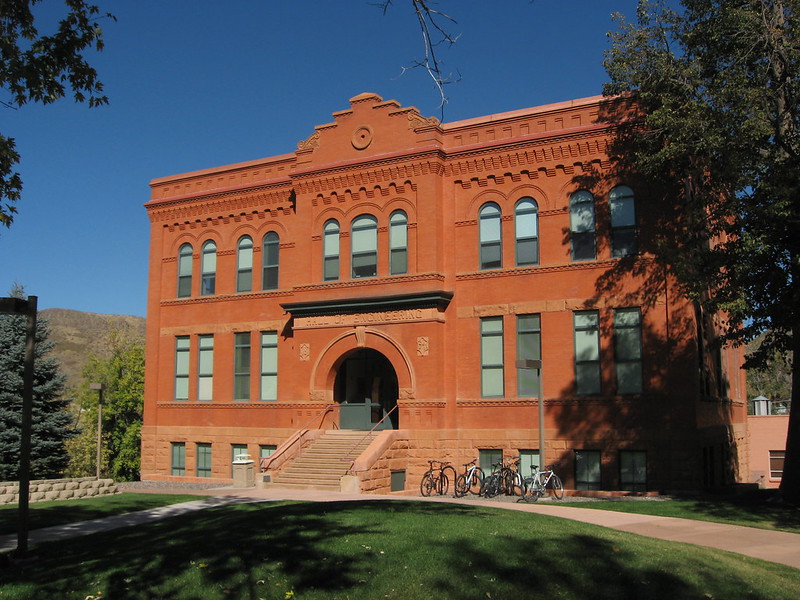 A boxy robot propelled by what resembles a riverboat’s paddle wheels maneuvers its way across a gray, sandy surface. Its propulsion system looks strange compared to other famous rovers, like NASA’s Curiosity, but it gives it better traction and enables it to move up and down slopes. Though it’s driving on what looks like an extraterrestrial surface, this little machine is motoring away in a simulation room called the Lunar Testbed inside the Earth Mechanics Institute building on the 373-acre campus of the Colorado School of Mines.

These days, the Colorado School of Mines is jetting light-years away from its initial purpose–training its students to mine and to utilize the minerals being mined—and concentrating on training the future engineers responsible for setting up colonies on the Moon, Mars and wherever no one has gone before. Its students’ roles in space would be essential, since extracting materials once on a planet or moon will likely be easier than carrying it all there. “We’ve got to find the resources. We’ve got to figure out how to extract them,” says Paul Johnson, the university’s president. “We’ve got to figure out how to process them. And at some point, we’re going to get to a level where we’re manufacturing things.”

Since fall 2018, the school—No. 94 on our list of America’s top colleges, ahead of institutions like Virginia Tech and Penn State–has offered several degrees in “space resources,” ranging from a post-baccalaureate certificate to a master’s to a Ph.D. The program’s 75 students take classes such as Space Resources Fundamentals, a broad survey course, and Space Systems Engineering, which gets down to building students’ spacecraft and other projects from materials available on the Moon or Mars. Other seminars focus on what economic and legal issues might arise from colonizing the outer limits.

This may sound like science fiction, but the demand for the School of Mines’ graduates is very real. The commercial space industry is a $350 billion industrial giant, propelled by a generation of Silicon Valley-fueled startups such as Elon Musk’s SpaceX and the Yuri Milner-backed satellite company Planet. Morgan Stanley estimates that revenues from the space industry will rise to $1 trillion by 2040. And in the near term, NASA is awarding billions of dollars of contracts as it aims to return to the Moon—this time, with a permanent human presence. A key part of having a permanent base on the Moon is to reduce the number of supplies that need to be brought there from Earth. “If you’re going to take your family from Denver to New York City, well, you’re not going to carry all the fuel that you need to get there and to come back with your fridge and all the food and everything else,” says Angel Abbud-Madrid, the director of the School of Mines’ astro-engineering program.

The School of Mines has seen a lot of interest internationally, as well as from people working at NASA labs or aerospace companies across the United States. Consequently, all of the programs courses are offered online, too, which enables the school to meet that interest. It also has a residential Ph.D. program where students can take advantage of the school’s resources, such as the Lunar Test Bed.

Students get the opportunity to work directly on NASA projects, like the one led by Abbud-Madrid to develop robotic arms for space stations. The program also encourages entrepreneurship. Five space startups count founders as students, including startups that grew out of the program itself. For example, Lunar Outpost, which built the robot making its way through the Lunar Test Bed, is bootstrapping itself with multiple commercial and government contracts—both for the rover itself and other tech, like an air-quality-monitoring system.

Abbud-Madrid looks at today and sees a time period similar to the one in which the School of Mines was originally founded: the Industrial Revolution, when the infrastructure that paved the way for aviation, automobiles, railroads and more was created. “Once you now have the infrastructure in space to manufacture goods on the Moon and in space, then you open up things that you may not even be aware that can happen at this point. That’s where companies are getting excited,” he says.