After Foldable Phones, Now Foldable Laptops Are On The Way 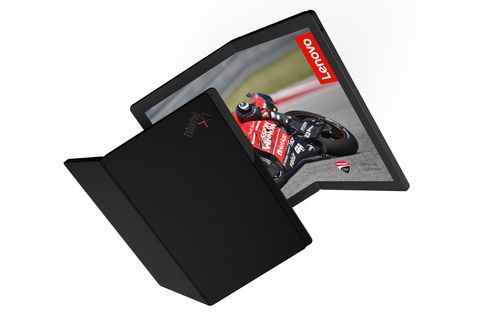 Foldable screens are the latest fad after a handful of smartphone giants released foldable phones. Most recently TCL tried to create a bending watch with full screen.

The recent player to join the foldable group is Lenovo. The company announced that it will be launching a new laptop with foldable screen, which could be a huge tablet on one side, while the other side will feature a normal laptop with a “virtual” keyboard.

The foldable device is expected to be delivered to consumers by the end of 2020. However, after the predicament Samsung faced with its model, Lenovo might not be rushing and might wait until this technology is more advanced and reliable.

Lenovo did not disclose the specs that will be equipped in this device, but it is known that the device will be equipped with 13.1-inch touch screen. With no release date and no price range, we might as well let our imagination run wild regarding this new craze over foldable devices.

Now with Samsung and Huawei leading the foldable devices scene, and with Samsung’s own crashing screen bug, this technology is still in its infancy. While companies will rush to launch their own foldable devices, we as consumers can be assured that price paid will be worth it for these devices.