Apollo 11’s 50th Anniversary: The Facts And Figures Behind The $152 Billion Moon Landing 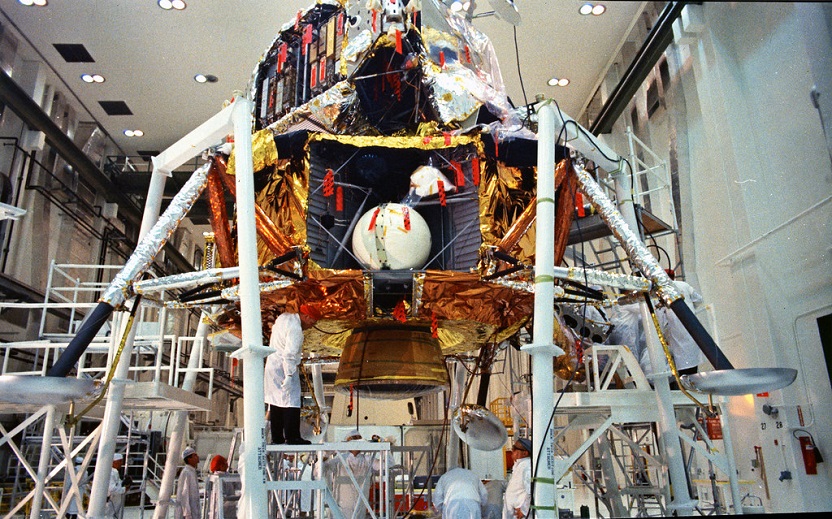 Reaching the moon was a giant leap for mankind—and for the businesses behind the project. The Apollo program’s total cost was about $25.4 billion, about $152 billion in today’s dollars. That money flowed to giants like Boeing (one of the makers of the Saturn V rocket), established brands like Velcro (whose fasteners kept things in place in space) and some unexpected companies like Hammond Organ (a keyboard manufacturer that created mechanical timers and clocks for the Apollo spacecraft).

One of the most remarkable things about the Moon landing was how short a time it took. President Kennedy proposed NASA would land a person on the moon, and a short eight years later, it did. That meant that it accelerated technology development far faster than would have happened otherwise, says Ella Atkins, an Institute of Electrical and Electronics Engineers senior member. “The rapid prototyping and deployment would have been unprecedented without that kind of program.” The experience gained by companies like Honeywell and Motorola helped push industries like avionics and communications decades into the future.

Apollo didn’t just advance technology. It advanced the way business was done. In an article in the February 1968 issue of Forbes, NASA manager George Mueller explained how he restructured the large, complex Apollo program into smaller “packages,” each with its own manager. The organizational setup made it easier to keep the project running smoothly, and based on its experience, Boeing copied that setup when it developed the 747.

Experience with Apollo also led its contractors to develop new kinds of businesses. Black & Decker (now Stanley Black & Decker), for example, took its experience building tools for the Apollo program into some of the battery-powered consumer products that underlies its $14 billion in annual revenue. Plantronics (now Poly) uses the headsets it manufactured for the Apollo mission as the design basis for headsets it makes today for applications ranging from aviation to gaming.

Perhaps Malcolm Forbes said it best, writing in 1968 that “our future breakthroughs in knowledge will come from the exciting disciplines necessary to solve the problems that arise in trying to reach the Moon and beyond.”

Apollo By The Numbers

All of the figures here are in contemporary dollars. For a sense of what these figures would be today, multiply them by about seven.

$185 million
Cost of the Saturn V rocket that launched astronauts to the Moon.

$55 million
Cost of the command module in which Collins orbited the moon while Armstrong and Aldrin landed.

$40 million
Cost of the lunar module, known as the Eagle.

24,236 miles per hour
Speed the astronauts were traveling when the Apollo spacecraft fired rocket engines from Earth orbit to send them to the Moon.

4 days, 12 hours, 24 minutes, 15 seconds
Time that passed between liftoff on Earth to Neil Armstrong first setting foot on the Moon.

48.5 pounds
Weight of the rocks and soil that Neil Armstrong and Buzz Aldrin brought back from the lunar surface.

$1.1 billion
Approximate value of those rocks, based on the reported valuation for Moon rocks in a criminal case against three NASA interns who had stolen Moon rocks stored in a safe at the Johnson Space Center lab in Houston. The three thieves were captured by the FBI thanks to a sting operation with the help of a Belgian rock collector and eventually pleaded guilty.

3,300 square inches
Combined surface area in the Apollo spacecraft covered with Velcro fasteners. NASA was one of Velcro’s early big customers, and its fasteners were used to secure objects in the spacecraft so they wouldn’t float around. A special metallic version was also built by Velcro to secure heat shields to the spacecraft.

$453 million
Amount NASA spent on private sector service contracts to its facilities in 1968. Around 28,500 private contractors were working at NASA facilities that year.

$1.08 billion
Amount spent by one of Apollo’s contractors—North American Rockwell’s Space Division (which later became part of Boeing)—on subcontractors for development during the Apollo program.

100
Number of reflecting mirrors built for the Laser Ranging Retroreflector by manufacturers Heraeus and Bendix Corporation. The retroreflector uses a laser to precisely measure the distance from the Earth to the Moon down to a millimeter. It’s still taking measurements today, which are used to keep GPS satellites synchronized and accurate so you don’t get lost on your way to a lunch date.

60%
Percentage of integrated circuits in the country that were being manufactured specifically for the computers for the Apollo program at its peak. Integrated circuits were fairly new then, but Apollo spurred on this technology, which computers today depend on.

$15.5 million
Value of a NASA contract to Motorola, which built the data uplink and digital systems for the Apollo program. It was a Motorola-built transponder that sent Neil Armstrong’s “one giant leap” to listeners at home, and the technology would form the basis of the telecommunications equipment the company still manufactures today.