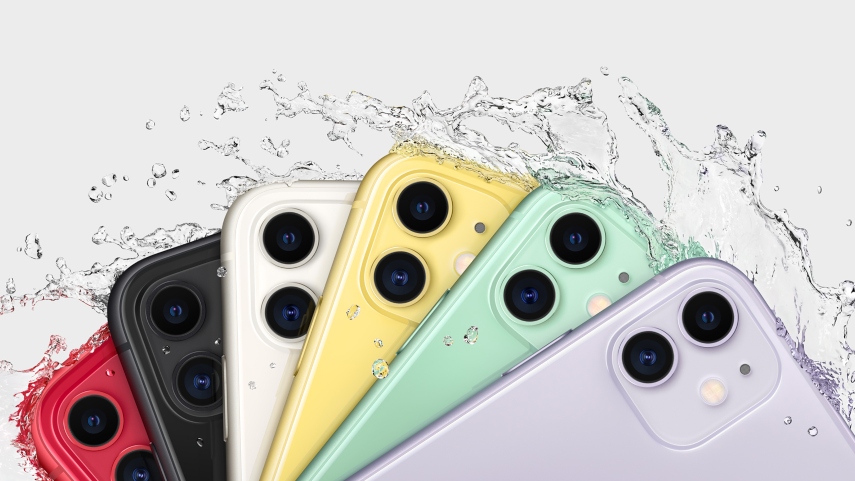 Apple Inc. shares surged on Monday, pushing the company to more than $1 trillion in market value once again - the tech giant first achieved this in early August 2018.

When the world’s most valuable brand reported fiscal third-quarter results in August, it revealed for the first time in nearly seven years that iPhone sales accounted for less than half of its quarterly revenue. At $25.99 billion, iPhone sales dropped 12% from the previous year's total of $29.47 billion.

Apple’s services division picked up the slack, with 12.6% growth to a record of $11.46 billion in the same quarter, out of a company-wide total of $53.8 billion. The spike in hardware sales – at a time when Apple is leaning more on its services division for revenue – may come as a relief to investors in the wake of the U.S. trade war with China. Apple sources many parts of the iPhone from companies in China, but it is reportedly looking to diversify by investing in India.

Aside from the predicted annual product launch in September, this year the company also strategically announced its upcoming gaming service, Apple Arcade, and streaming-content service, Apple TV+. In an attempt to diversify its product offerings, the cost is set at $4.99 per month. The subscription allows access to both services and is aggressively priced compared to competitors like Netflix and Amazon Prime who start at $12.99 monthly. The firm revealed in a statement that this cost won’t have a material impact on its financial results.

Despite hovering near the $1 trillion mark, the company's upcoming earnings, report released on October 30th, will determine whether or not Apple’s share growth rate will be maintained.