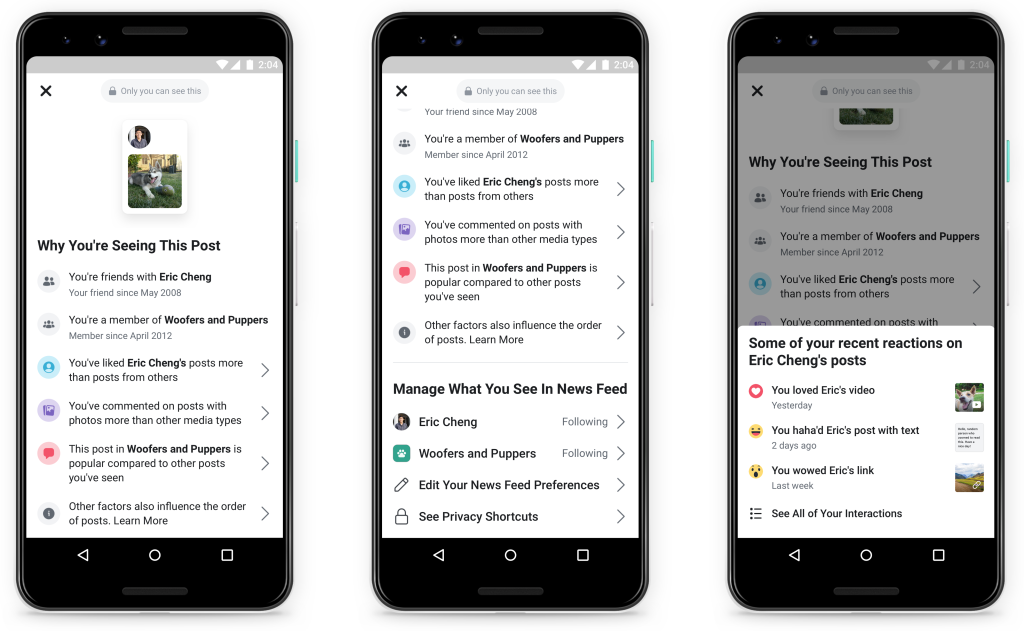 Facebook users are now able to understand and control what they see on their own News Feed from friends, pages and groups, the social media giant revealed in a recent blog.

The tool - entitled “Why am I seeing this post?” - marks the first time that Facebook builds information on how ranking works directly into the app. Uses are currently allowed to tap on posts and ads in News Feed, get context on why they’re appearing, and take action to further personalize what they see.

The new feature will help people figure out what information generally has the largest influence over the order of posts, including how often users interact with posts from people, pages or groups and how often they interact with a specific type of post.

Facebook’s announcement comes as the social networking giant looks to gain back some of the confidence after being rocked by a privacy scandal that left users concerned about how the data was used. Currently, the company which has 2.3 billion users worldwide, is also putting in efforts to stem the spread of fake news in markets like India which is preparing for its elections.

Furthermore, Facebook also improved “Why am I seeing this ad?”, a tool it launched back in 2014, in which additional details about the ads will be provided to users such as when the advertiser uploaded the information or if the advertiser worked with another marketing partner to run the ad.

Users have already been able to see how factors like basic demographic details, interests and website visits contribute to the ads in your News Feed.

“We’ve received valuable feedback over the years that has helped us expand the information we share with people about the ads they see,” says Ramya Sethuraman, Product Manager at Facebook.

Facebook was founded in 2004 from a Harvard dorm room by a group of entrepreneurs. Its CEO and founder Mark Zuckerberg is the richest under-40 billionaire, with a fortune that Forbes estimates at $62.3 billion.