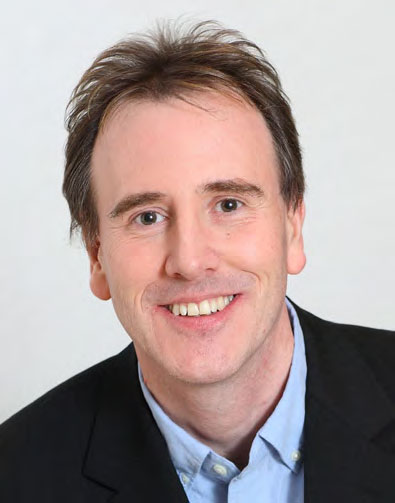 Dividing his time between Falcon Private Bank’s head office in Zurich and representative offices in Geneva, Dubai, Abu Dhabi, Hong Kong, and Singapore, chief executive officer Eduardo Leemann has his work cut out leading the unique bank that blends Swiss expertise and solid UAE government backing. Since acquisition in 2009 by Aabar Investments PJSC, the road to success has not been smooth for the 55-year old Swiss man. However, with a string of new funds and a recently awarded investment advisory license to its name, the future looks bright for the private bank as the charismatic CEO strives to make his vision of becoming an emerging market, fixed income manager a reality.

In pursuit of this vision, Leemann’s Fund Management team has been hard at work, launching new funds including the Falcon Gold Equity UCITS Fund. Based in Luxembourg, the fund became effective as of August 10, 2012, investing in securities of companies across the world engaged in the mining or processing of gold. Adding to these latest developments, Leemann’s team recently launched the Falcon MENASA-focused Fixed-Income Fund which forms part of an ambitious growth strategy in the MENA region. Also based out of Luxemburg, according to the CEO, this fund is set to capture investment opportunities for qualified investors in the emerging markets fixed income space, achieving higher risk-adjusted returns. These new additions complement Falcon Private Bank’s existing range of funds, including the CAT Bond and Insurance Linked Strategies Fund (UCITS III) that focuses on securitized insurance risks with weak dependence on financial markets, as well as the long-standing Falcon Gold Equity Fund, launched back in 1992.

With strong fund structures in place, the granting of an investment advisory license by The Securities & Commodities Authority in Abu Dhabi, adds further to Falcon’s opportunities in the Middle East. Now in a position to offer services as Falcon Private Financial Advisory LLC, Leemann is enthusiastic about his recent achievement. “It’s something which adds to our strategic vision...now we just have to execute it right,” he remarks. And with new avenues for exploration comes new revenue potential, as the accomplished private banker who developed an impressive track record with Goldman Sachs and Julius Baer aims to generate $15 million in revenues for the Middle East, building on last year’s figure of $10 million. And his ambitions do not end there; Leemann has set target global assets between $20 billion and $25 billion in the next three to five years with MENA assets anticipated to reach $1.4 billion in 2012—a realistic aim, he believes, given that the figure already stands in excess of $1.1 billion.

However, high expectations and solid revenues as well as the achievement of total global assets of $12.1 billion in 2011 with Asia accounting for 37% and Switzerland 19%, bely a period of testing times for Falcon Private Bank, formerly AIG Private Bank. From the outset, in his campaign to deliver bespoke services to select private clients, Leemann embarked upon a program of strategic streamlining which saw the bank exit from retail and institutional business—a move which brought with it a fresh set of home-grown challenges.

With eyes wide open to the financial implications of such strategy shifts, Falcon Private Bank prepared to take the inevitable financial hit—losses of $8 million in 2010, with strategic moves following acquisition, leaving the bank a total of $28 million down. But unwavering in the pursuit of his strategic aims and no doubt heeding the lessons of recent read “Fatal Risk: A Cautionary Tale of AIG’s Corporate Suicide,” the CEO’s plans began to pay off last year, with a return to profitability amounting to consolidated net profits of $11 million.

Though the bank’s 2011 figures may be modest to some, bouncing back to profitability in one of the most challenging years in recent banking history was an accomplishment. Thanks to Leemann’s refined focus and strategy which he describes as a “moving part,” the bank which broke onto the scene under the Falcon name just three years ago, has navigated the twists and turns that accompany new direction under new ownership.

Today, the CEO’s flexible approach along with a strong portfolio of financial instruments and the introduction of advisory services have allowed the bank to occupy a unique space between local commercial banks looking to branch out into wealth management, and big international players such as Leemann’s former employer Julius Baer, HSBC and Credit Suisse. But while finding its niche, Falcon Private Bank faces stiff competition in an industry which, according to Professor Bryane Michael, visiting fellow at the University of Hong Kong, represents an opportunity of approximately $800 billion in the MENA region.

Nevertheless, with large, long-established banks frequently entangled in complex compliance and management issues that thwart their ability to solve pressing client needs, the CEO’s adaptable approach in some respects gives Falcon an edge. While maintaining compliancy as a priority, Leemann explains, “When clients have a financial problem...we are very focused on these solutions and we don’t have to manage multiple compliance and regulatory issues around it,” admitting also that bureaucratic paralysis of the competition is working to Falcon’s advantage.

As for local commercial banks such as Samba, NBK and Emirates NBD, they too are turning their attention to private clients. “A lot of local Gulf banks are looking to expand their wealth and asset management divisions given the low risk, stable income and the sheer amount of local wealth that is managed by foreign institutions outside the region,” explains Khalid Howladar senior credit officer, GCC Financial Institutions at Moody’s.

Though regarding the advances of local banks as competition, Leemann keeps the threat in perspective, claiming that while banks across the GCC enjoy the advantage of possessing trusted brand names, their private banking solutions still lack the sophistication that Falcon prides itself on. The Swiss banker concedes, however, that he has some way to go in building Falcon’s name. But for the CEO this is simply a question of time –a luxury that Falcon Private Bank has at its disposal given its strong, stable ownership. “Whether it takes two years or twenty years we’ve just got to be there, period,” states the CEO, adding, “there are not many Swiss boutique banks that have a set up like we do.”

Nevertheless, with brand sensitivity central to decision-making amongst local Arab populations, developing the Falcon name will be essential to the bank’s MENA success. In fact, the region finds itself in a curious situation; private banking in the Middle East is on the rise, yet the sector for many well-heeled Arabs remains an unknown entity best approached with caution. But as with establishing his brand, for the CEO, changing attitudes requires little more than time and patience. “You need to be there, you need to educate and you need to constantly have a communication with your client,” he remarks.

Despite the challenges, Leemann is convinced of the importance of the Middle East to the world of private banking. Having just delivered a speech on the future on private banking in Switzerland, he explains “I mentioned this morning that one of the biggest developing offshore private banking centers is Dubai...That’s significant in the sense that people are putting more strategic resources into the UAE.”

Eddy Abramo, regional CEO of Société Générale Private Banking, adds to the optimism surrounding private banking in the region. Citing proximity to the emerging economies of Asia and Africa along with close ties to Latin America and the tax-free attraction of the Gulf, he believes the potential of MENA’s private banking sector is strong. “We are very confident in terms of growth for the emerging countries and this will have a direct, positive impact on the private banking sector for the region,” he explains.

As Leemann strides through what he describes as the second most successful year in the last fifteen years of the bank’s history, private banking across the region is rising to the fore. Geographical as much as product streamlining characterizes a strategy which, for the CEO, remains largely unchanged. With attention firmly focused on Switzerland, China, Russia and the Gulf, Leemann dismisses the idea of large scale expansion across the Middle East, “Dubai and Abu Dhabi will keep us busy over the next 10 years…focusing on the UAE is much more effective.”

Just as the strategy remains unchanged, so too do the obstacles that lay ahead, as Falcon Private Bank endeavors for success. Dealing with the complexities of internal change and maintaining a hard earned reputation by steering clear of risk will require determination and sound judgment. But no stranger to overcoming obstacles, the expert banker continues to demonstrate that he is the man for the job. With Leemann at the helm, Falcon Private Bank has not only survived the trials of fundamental strategic streamlining, it has emerged stronger, turning profit after loss and bringing new products and services to a region whose wealthy will need them most.  Looking to the future, as Eduardo Leemann seeks to build his bank’s name, he is unequivocal in his ambitions, “The vision has grown even stronger...we are on target, but I would like to make bigger quantum leaps.”