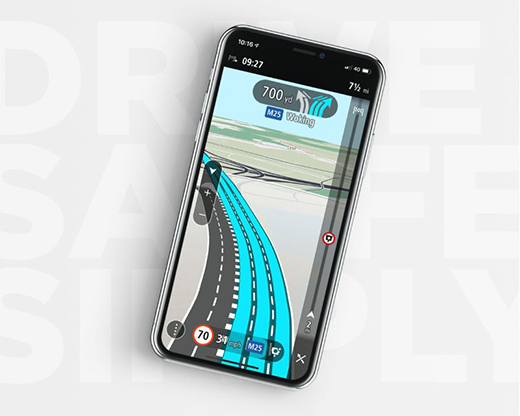 Huawei is speeding up its efforts to develop a robust and independent ecosystem separate from Google. It was announced over the weekend that the Chinese tech giant has signed up with TomTom, the Dutch digital mapping company, which allows Huawei to use the Dutch company’s maps, traffic information and navigation software to develop mapping apps for its smartphones.

Huawei has been locked out of Google and the latter’s Mobile Services such as Maps, Gmail and YouTube as a result of the ongoing trade dispute between China and the US. TomTom is headquartered in the Netherlands, so it is not affected by the US ban.

On January 8th, Huawei launched the Mate 30 Pro 5G in the Middle East, its first flagship device to be launched in the region without access to Google Mobile Services. Instead, users can download apps from the Huawei AppGallery, preinstalled in the device. Huawei devices can still run Android which is based on open non-proprietary technology.

At an event in London on Tuesday, Huawei announced a $26 million fund to co-opt U.K. and Irish developers to develop apps for its AppGallery. Huawei also promised to only take a 15% cut of revenue from its app developers, unlike the 30% charged by Apple and Google. The tech giant says there are currently more than 50,000 apps and countless APIs, and the various SDKs that allow developers to leverage tracking, location and security tools available on its devices

Huawei shipped more than 240 million units in 2019, making it the second most popular smartphone brand in the world, after Samsung.

David Ndichu, a Kenyan native, is the current Technology Editor at Forbes Middle East. He has more than seven years’ experience in technology writing and reporting in the region. Ndichu is passionate about emerging technologies and their potential for disrupting existing business models. Away from his computer, Ndichu enjoys a good run, with a few marathons and half marathons under his belt.