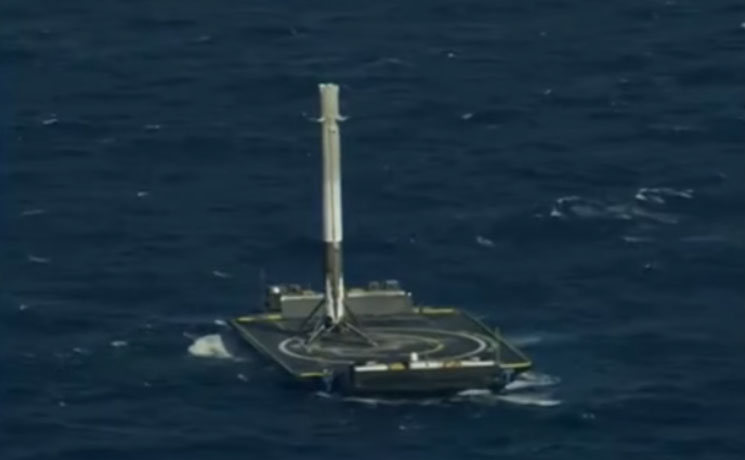 The Falcon 9 has landed.

After several previous failed attempts to land the first stage of a Falcon 9 rocket on a droneship in the ocean, the company succeeded in a beautiful landing on the droneship Of Course I Love You. The landing followed the successful launch of its Dragon capsule into orbit, where it will spend the next two days heading towards the International Space Station.

This is a pretty good week for reusable rockets. Over the weekend, Jeff Bezos’ space company, Blue Origin, launched and landed their own reusable rocket for the third time.

You can watch video of the landing below: