Three Arab Tycoons Among The World's Top 50 Women In Tech 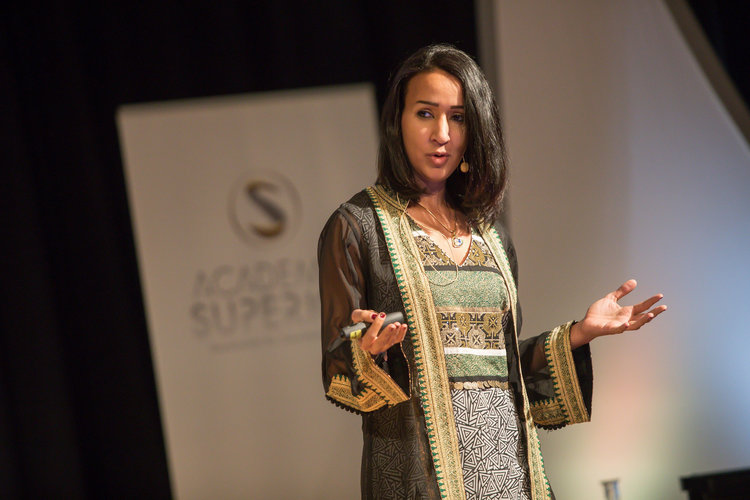 Arab women are breaking the glass ceiling, with tapping into new areas including technology that was male-dominated for a long time.

Forbes has revealed its ranking of The World's Top 50 Women In Tech, in which Arab female entrepreneurs have shined. The Saudi Arabian Manal Al Sharif topped the list ahead of female tech-tycoons from around the globe.

Categorized by Forbes as a "Warrior", Al Sharif is the founder of Women2Hack Academy, a program that aims to foster tech talent in Saudi Arabia, with a focus on information security.

The Egyptian tech-savvy Rana el Kaliouby has also been recognized by Forbes for cofounding Affectiva, a facial and vocal recognition software that spun out of MIT Media Lab.

As the only Arab woman in the Middle East running a VC fund; the Emirati Noor Sweid was ranked amongst The World's Top 50 Women In Tech. Sweid has previously founded the largest chain of yoga and pilates studios in the Middle East.

Here are the three Arab tycoons amongst The World's Top 50 Women In Tech:

At the start of the Arab Spring, Manal al-Sharif threw the Kingdom of Saudi Arabia into disarray when she posted a video of herself driving on social media. She was thrown in jail for nine days but kicked off a movement that resulted in the conservative country reversing its laws to allow women to drive earlier this year. The computer scientist began her journey of breaking social norms when she became the only woman working as an IT security specialist at state-owned oil producer, Saudi Aramco. Al-Sharif is also the founder of the Women2Hack Academy, a program that aims to foster tech talent in Saudi Arabia, with a focus on information security.

While researching facial recognition technology abroad, Cairo native Rana el Kaliouby would have her homesick days, but the device she spent most of her time working on didn't understand that she was feeling sad. Fixated on humanizing technology, el Kaliouby cofounded Affectiva, a facial and vocal recognition software that spun out of MIT Media Lab. El Kaliouby lends her expertise as a World Economic Forum Young Global Leader and a co-host of PBS NOVA Wonders series.

As one of the most prominent venture capitalists in the MENA region, Noor Sweid has many "firsts" and "onlys" following her accomplishments as a woman working in a male-dominated region and industry. Currently, she is the only Arab woman in the Middle East running a VC fund as the founder of Dubai-based growth-stage firm, Global Ventures. Sweid also made history as the first woman to lead an IPO in the region when the interior contracting company, Depa listed on the London Stock Exchange and NASDAQ Dubai. Previously, she served as the chief investment officer of the Dubai Future Foundation and founding partner of Leap Ventures. Aside from venture, Sweid founded the largest chain of yoga and pilates studios in the Middle East which she sold in 2014.