What Really Changes Now That Larry Page Is No Longer CEO Of Alphabet? 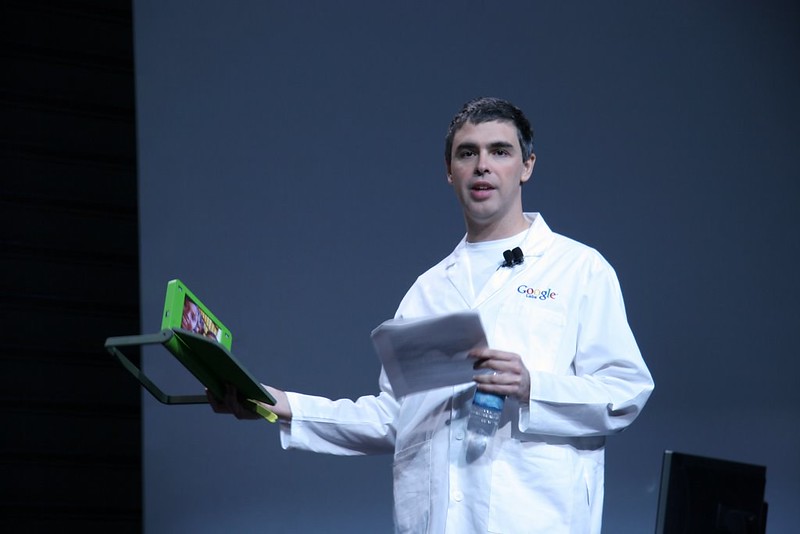 On Tuesday, Google cofounder Larry Page stepped down as the CEO of Alphabet, handing the reins to current Google CEO Sundar Pichai, who will now lead both companies.

On the surface, it’s the end of an era: Page has relinquished the position he’s held for four years and given up an executive role for the first time since founding Google with Sergey Brin in 1998. However, in many ways the shift retains the status quo. Page had already ceded significant responsibility to Pichai when Google restructured into Alphabet in 2015 and has stepped back both publicly and within the company in recent years. Pichai will now oversee Alphabet subsidiaries like self-driving car firm Waymo and health-tech company Calico, though all of its so-called “Other Bets” still account for a tiny amount of the company’s overall revenues and costs and also still have their own individual CEOs.

That means that while his official title may be gone, Page’s role as a major corporate decision maker hardly changes. The founding duo will still be able to approve or veto any board-level decision. When Page didn’t show up to the company’s annual meeting in June, one shareholder called his absence “disgraceful,” due to his stake in the company. While the optics of Page skipping that event, or others like it, will not be as bad now that he isn’t CEO, the crux of the shareholder’s frustration remains.

Ultimately, a perception shift may end up being the most significant change to come from Tuesday’s announcement.

As regulators in Washington and around the world increasingly scrutinize Big Tech, chief executives like Facebook’s Mark Zuckerberg, Twitter’s Jack Dorsey, Apple’s Tim Cook, and Amazon’s Jeff Bezos have all appeared in D.C. So has Pichai. Page has not. Now that he’s no longer an executive, he’s no longer the one that lawmakers—including angry Senators—will call on.

Page and Brin are also stepping back at a time when the superrich are facing more criticism than ever. Both are billionaires many times over — with net-worths of nearly $60 billion by Forbes estimates — while Pichai is not. As Democratic presidential candidates Elizabeth Warren and Bernie Sanders both call for ways to limit personal wealth, Alphabet can better stay out of that political fray with Pichai leading the ship.

Getting Page and Brin further out of the picture could also quell associations between Alphabet and their own personal ventures. For example, Larry Page is bankrolling a “flying car” company, Kitty Hawk, that is facing a range of issues, including battery fires at its office. Meanwhile, Brin is reportedly funding a giant blimp. In the cofounders’ announcement on Tuesday, they didn’t drop any hints on what they’d be doing with their newfound time other than to “remain actively involved as Board members, shareholders, and co-founders,” and “continue talking with Sundar regularly.” In that vein, both cofounders donate to philanthropic trusts through their family foundations, though neither have championed a cause, unlike Bezos, Zuckerberg or Microsoft cofounder Bill Gates.

The announcement also comes as Google faces more internal strife than ever before, as employees clash with management on the company’s business decisions and policies. When workers were protesting Google’s plans to launch a censored search engine in China last year or the company’s relationship with the U.S. Customs and Border Protection, they raised Brin’s background as an immigrant whose family fled a dictatorship as an argument against the company’s actions. With Brin and Page stepping back, it appears that the perception that the cofounders would help guide that kind of philosophical decision-making is gone, too. (On the other side of the coin: Their departure may help repair the notion that Alphabet’s attitude toward sexual misconduct is skewed by its top executives’ conduct, since Brin himself had an extramarital affair with a Google employee.)

While cutting off their management titles allows Brin and Page to remain further out of the spotlight than ever before, their real power is still tied to their majority voting shares.

After Alphabet announced the news on Tuesday, the company’s after-hours stock reflected the concrete significance of their departures: It barely moved.