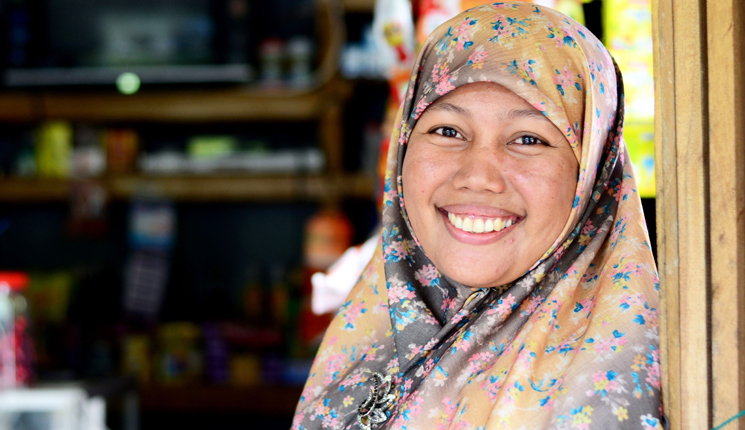 The creation of a new credit cooperative is empowering Indonesian women living under Sharia Law.

Banda Aceh - Standing between piles of sweets, noodles and sacks of rice, Khairani is clearly the boss in her tiny store. Her husband Surdirman sometimes helps out - if she lets him. "It's usually the other way round in Aceh, with the man calling the tune," laughs the small business owner.

Khairani, 30, is one of a growing number of women in Indonesia's Aceh province who still found empowerment through entrepreneurship under the Sharia law introduced here after the devastating tsunami of 2004.

Overshadowing years of conflict as separatists fought against Jakarta's rule, the giant wave that struck on December 26 killed more than 160,000 people as it leveled Aceh's coastal region and local society's existing rules with it.

Exploited by extremist elements as "God's punishment for sinful behavior in Aceh," the tsunami brought a rigid new local regime.

Today, sex outside marriage earns a public lashing of up to 100 cane strokes, a kiss with a non-spouse 30. Homosexuality, rape, alcohol consumption and gambling are also harshly punished. And all women must wear headscarves.

But within these rigid parameters, women could still practice business, providing no men were directly involved.

Eager to see how far they could go, Khairani and a number of others in the village of Pulot banded together in 2007 to found a savings and credit cooperative.

Now counting around 100 members, they extend small loans for new business initiatives that allow women to become self-employed. It can be a store like Khairani's, a sewing parlor or a home-run enterprise for baking cookies or breeding geese. And so far it has worked, with funds being recouped and reinvested.

"We have never had anyone fail to repay their credit in full," says 38-year-old member Hamida. This is mainly due to peer pressure in this village nestled between the sea and lush green hills on Sumatra's west coast. "The women would feel ashamed if they could not pay the money back - much more than men would," Hamida adds.

As the only one of Moslem Indonesia's 34 provinces where Sharia law was installed, Aceh is the last place in the country you would expect to see such a grass-roots initiative by women.

But the tenacious expansion of the cooperative became necessary because it was far harder for women than men to get credit from proper banks. These also tended not to take seriously the small sums sought for female-run projects.

When the women of Pulot meet, they first read together from the Koran. Then they collect payment installments, including home visits if anyone is in default. And the rules of society now dictate that they work independently from males.

"Men are not allowed here," says 28-year-old Faidah. "At most they can drop off money so that we can manage it for them."

Among the benefits of the self-help group is the chance that the additional income gives families to send their children to secondary schools and universities, says World Vision's regional communications officer Mark Nonkes.

The women also talk about another positive development in the community that their new-found financial independence has brought.

"The number of beatings and ill-treatment [of wives] has decreased," says Khairani, recounting how one neighbor was beaten so badly by her husband that she permanently lost her hearing.

"Now the women leave their husbands if they beat them. Previously they were held back by the fear that they'd be left with no money. Now they can take care of themselves."