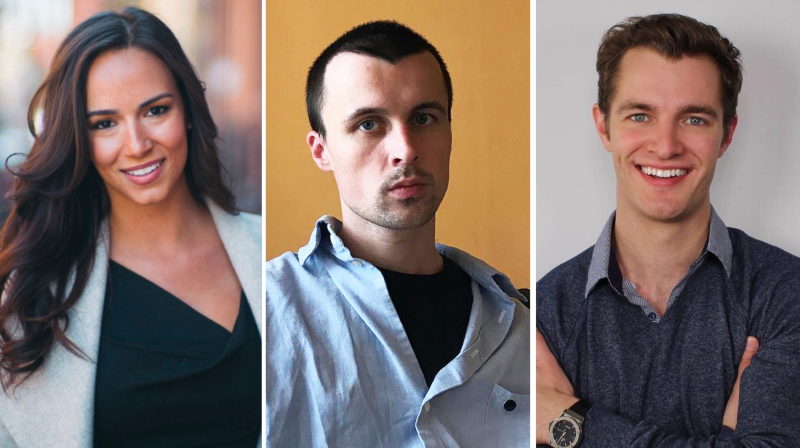 The Rybakov Foundation likens this award to the Nobel Prize for education. The judging committee is comprised of leading experts in philanthropy, education and entrepreneurship, including Randall Lane, Forbes’ Chief Content Officer. Forbes, UNESCO and World Bank Group Education are partners and PwC is the independent auditor.

The following finalists will be judged for first ($1 million), second and third place (both $100,000) cash prizes in Moscow in February. Get to know the future of educational social entrepreneurship:

1. Nat Ware founded 180 Degrees Consulting, his first social impact consultancy at 19 (after raising $100,000 to rebuild a school in Mozambique at 16), which is largest of its kind with 140 branches in 35 countries, according to his website. His current company, Forte, aims to finance education at no cost to governments or individuals. Among other things, he’s an Oxford MBA/PhD, Rhodes Scholar, Forbes 30 Under 30, World Economic Forum Global Shaper, and says he’s referred to as the “father of social impact economics.”

2. Logan Elizabeth Cohen is the cofounder of Kudzoo: an app that gamifies good grades with goodies, scholarship opportunities and concert tickets, according to the company’s website. Kudzoo has been featured in Entrepreneur, Disruption Magazine, Ebony, Edsurge and others. The cofounders made the 2016 Forbes 30 Under 30 list in Education with 375,000 student-users.

3. Boris Bulayev is the cofounder and executive director of Educate!, which provides vocational secondary education to African youth with the goal of employability. The organization has reached over 470,000 students and has been commended by the Brookings Institution and Bill Gates. Bulayev earned a place on the Forbes 30 Under 30 Social Entrepreneurs list in 2014.

4. Aram Pahchanyan is the chairman of the Ayb Educational Foundation board. His work focuses on improving education in Armenia.

6. Thomas Trüb is the founder and president of the Dariu Foundation which provides digital literacy, vocational training, scholarships, microfinancing and constructs both mobile and permanent schools for families and children in rural low-income areas in Vietnam, Myanmar, India and Bhutan.

7. Abdulzhelil Abdulkerimov founded the Digital.Space Venture Fund and is a Rybakov Prize finalist for his work on the board of the Luminary Center, an organization focused on childhood education in the turbulent Republic of Dagestan.

8. Sergey Nugaev cofounded Kruzhok—responsible for educating 360 students and leading 26 courses in technical skills, according to the company’s website. He has developed teaching methods used in a number of Russian schools.

10. Peter Vesterbacka is the cofounder of Espoo, Finland-headquartered Fun Academy—an early education company that founded a pedagogical approach to education with academies on four continents.

11. Samaira Mehta is the 11-year-old behind CoderBunnyz, a board game that teaches children to code and is available for purchase globally on Amazon and has been featured by the Today Show, Business Insider and others.

12.  Olga Zubkova is the association president of the Tetradka Druzhby, a childhood development and education organization.

13.  Vadim Klet is the chairman of the board of the “Success Algorithm,” a program used by public schools in the Belgorod region.

14.  Evgeniya Tyurikova and Marat Shaidayev are cofounders of the Charitable Fund “Village” and Selo Charity Fund and founded the Tsmur Creativity Center and Tsmur Secondary school, respectively. These projects provide children in the rural village of Lezgi in the Republic of Dagestan with a contemporary education.

15. Jason Ng has created an educational program for 5-9 year olds in Malaysia, Indonesia, East Timur, Burma, China, Mongolia, according to the Rybakov Foundation.