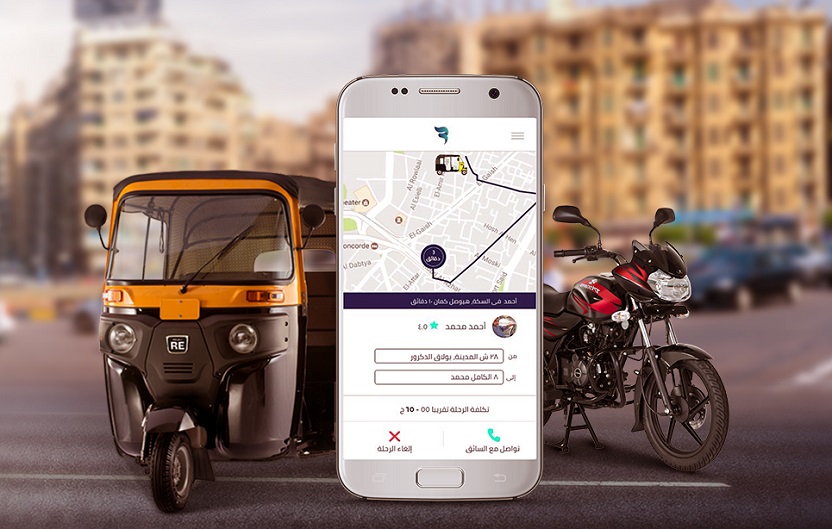 Egypt-based motorcycle & tuktuk ride-hailing app, Halan, has announced that it raised a multi-million-dollar Series A funding round earlier this year, with the round co-led by Singapore’s Battery Road Digital Holdings and Egypt’s Algebra Ventures, along with existing strategic shareholders and individual investors.

Founded in 2017 by Mounir Nakhla and Ahmed Mohsen, the on-demand-logistics app offering two and three-wheeler transportation operates across several governorates in Egypt and Sudan. It has facilitated over three million rides since its inception.

The startup previously raised $525,000 in a seed round. It will use the additional funding to expand to more cities and countries, offer more services and build better technology, according to Mounir Nakhla, Halan CEO and founder.

Nakhla has previously co-founded Mashroey, a light-transport financing business, and Tasaheel, a micro-financing business. Co-founder and CTO, Ahmed Mohsen, is an experienced technology entrepreneur and information architect who previously founded MusicQ and CircleTie.

Algebra Ventures is a $50 million Cairo-based venture capital fund that invests in early-stage technology companies in Egypt and the MENA region. Its investments include Eventtus, Elmenus, iCommunity, La Reina, Filkhedma and POSRocket.

Ride-sharing and transportation apps are gaining momentum across the region. Two weeks ago, Egypt's mass transit system, SWVL, raised tens of millions in a Series-B round, making it one of the biggest rounds of funding in the MENA region, while ride-hailing app Careem is reportedly in talks with investors from China to raise between $100 million and $200 million to fuel its expansion.