Too Good To Fail 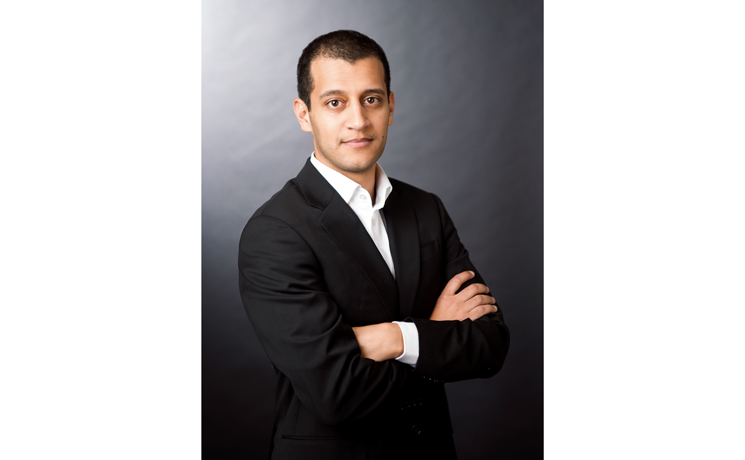 In 2014, Hany Rashwan was in his dorm room at Columbia University in New York when he got an email from Joel Yarmon, a partner at Draper Associates, one of Silicon Valley’s top venture capital firms. “What are you up to?” Yarmon asked. Honestly? Rashwan could have said he was still licking his wounds from a failed venture and pivot. And, he was trying to regain all the weight he’d lost from stress.

Instead, he spoke confidently about his latest idea: technology that transfers money instantly from lenders and payroll to an individual’s bank account. Yarmon notified Tim Draper, the name partner. He wanted in—again. No matter Draper had already burned money investing in those doomed Rashwan ventures.

“Hany is a hero,” says Draper. “Hany perseveres like crazy; he has a mission, and it is a good and big one.” Nice, from someone who made early bets on Skype and Twitter, among others. In 2015, Draper Associates led a $4.75 million seed round in Rashwan’s new startup Payout; Wavemaker Partners was another returning investor. Others included Jean Henri Lhuillier, who thinks Payout can facilitate remittances, and GMO Ventures, an Asian-American fintech fund.

At the ripe old age of 26, Rashwan is already a master at failing fast and failing often— experience Silicon Valley values. It landed this Cairo native on FORBES’s 30 under 30 list in the technology category. The accolades are a bit of a surprise for Rashwan. “I think that I’m in the beginning of my career and don’t think I’m a success story yet,” he says. “I’m not sure what I’ve done to be worthy of this, to be honest.”

Only two years old, Payout has already moved more than $50 million in loans in 2016 from two of its biggest customers, subprime lender LendUp, and Prosper, which offers direct deposit loans with fixed interest rates and no fees. They pay a flat fee per transaction—1% to transfer cash to debit cards, $1 on credit card loans, and 25 cents for routing money. Visa estimates there’s a $10 trillion opportunity in realtime payment disbursements, 90% of which is made up of business-to-consumer payments, the segment Payout is going after, which includes payroll, insurance, and lending.

Explains Draper: “What does the world look like if any hourly employee at Starbucks can get paid instantly…instead of once every two weeks? What does the world look like if anyone can go online and in five minutes have a loan in their bank account with either a cheaper rate or more accessible credit?” Will Rashwan’s third stab at a startup pay off? He considers himself a nomad. When Rashwan was 7, his family relocated to Pittsburgh, Pennsylvania. From there, there were short stays in Saudi Arabia and North Carolina.

His grandparents were particularly influential. His grandmother was the chair of the Port of Alexandria, the first woman to hold the role. His grandfather was a career intelligence officer in the Egyptian army, an expert at cryptography and programming. He bought Rashwan his first computer when he was 11, a Dell Inspiron, and taught him HTML.

“I was raised in this environment, where anything is possible and I was able to have unlimited leeway with education,” says Rashwan. In middle school, he moved to Oklahoma City, where his father worked on hospital projects. Before long, he was barricading himself in his room, playing around with Linux, an open source operating system, and building his first website.

In high school, the family moved again to Columbus, Ohio. Like other teens, he was obsessed with virtual gaming, and built two gaming sites at 14. He had 600,000 unique visitors one year, and was making money from banner and video ads. He found freelance coders through message boards to help maintain the sites. It was his first taste of entrepreneurship.

Whenever his father travelled to San Francisco on business, Rashwan went with him, eager to discover the tech scene. In 2007, he attended TechCrunch 40, and watched Dropbox, one of the first cloud storage services, pitch. It left a deep impression. In 2010, he enrolled at Ohio State University to study economics and computer science.

When Egyptians took to the streets in 2011, he leapt at the chance to participate by setting up Kolena.org—“all of us” in Arabic, an online civic forum on Facebook, where people submitted ideas for democratic change and cast their vote. During that time, a computer science professor introduced him to another budding tech entrepreneur at Ohio State, Devan Koshal, who was from the U.K. Koshal was working on an ecommerce payment solution that allowed small sellers to paste a “buy” link on their webpages. The professor thought the two might hit it off. Rashwan decided to join Koshal as co-founder of Kout, focusing on product development and monetizing.

Barely making the deadline, they applied to AngelPad, a San Francisco-based startup incubator, and got in. Skipping classes, they took off to attend the 10-week program, and pitched their startup to dozens of investors. Rashwan recalls going “very very confidently” into meetings and telling investors that Kout would be a $100 billion company.

“I was saying a lot of things I undeniably believed at the time. I was just laughed out of the room.” Draper Fisher Jurvetson (Tim Draper’s previous VC firm) and Wavemaker, among others, saw potential and invested $1.6 million in early 2012. From there, the startup unraveled very quickly. Although some 200 small merchants were using Kout’s ‘buy’ buttons, customers were not clicking. Koshal and Rashwan also started bickering over product development and other issues. By his own admission, Koshal squandered $200 of company money on concert tickets, and travelled often to the U.K. to visit friends.

“We were both very young,” he says. “We went from college dropouts to significantly funded in the space of a few months, which had a hand in things going down the way they did.” In April 2012, the pair split, but not before hiring lawyers. Rashwan retained control of the product and the patent; Koshan got the brand. Unable to get permanent residency in the U.S., he moved back to the U.K. “[It was] like jumping into the deep end of a pool without learning to swim, or even realizing you had jumped into the pool at all,” says Rashwan.

After returning $1.6 million to his investors, he decided to refocus the product on social media, renaming the startup Ribbon. He ran into the same issues. Although he signed up this time companies and organizations, especially those seeking fundraising, people were still not clicking, which meant he was not getting his fee. Twitter, which was experimenting with its own buy buttons, didn’t need Ribbon. Rashwan called it quits. “It was a situation where the spoils of war were nonexistent,” he says. He had to lay off 13 contractors and employees, one of whom helped him build his first gaming site.

He was back in college, having transferred from Ohio State to Columbia University, but tinkered on the side on technology that allowed financial firms to process payments directly to consumers, bypassing middlemen. He found huge demand for loan disbursement. Sasha Orloff, the CEO of LendUp, which gives short term loans to consumers with shaky credit history, offered to test Payout. “To most of our customers, the speed in which they can access their money is really important,” says Orloff.

“Normal financial services work during business hours. Payout allows us to operate at the hours of the Internet.” It was also cheaper than traditional services. Last Christmas was Payout’s busiest day. “Banks are closed then, but for us Saturday at 10 pm, we’re running,” says Rashwan, who dropped out of Columbia his junior year. Maybe the third one’s a charm.