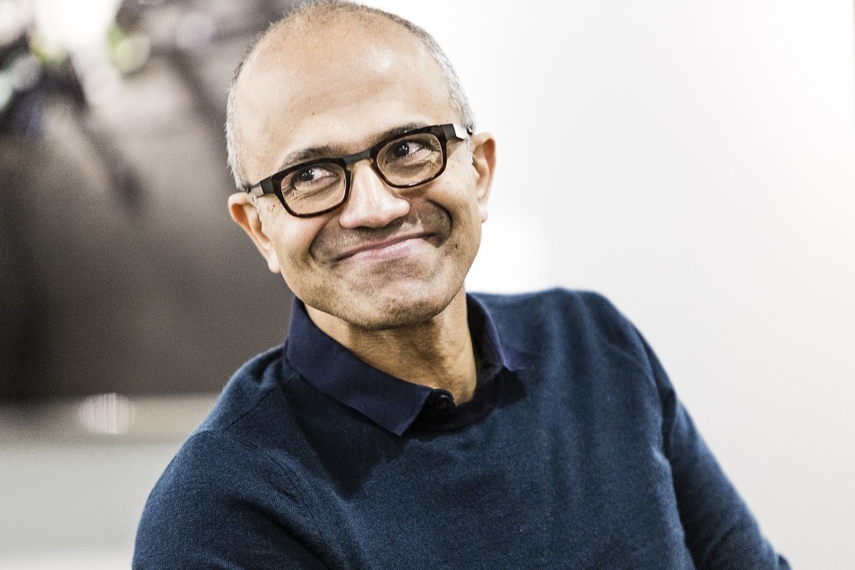 Microsoft CEO, Satya Nadella, received an annual pay increase of 66% in the 2019 fiscal year, compared to the previous year, according to the company’s annual proxy statement released Wednesday.

The chief executive received $42.9 million in total compensation, mostly in stock awards, in the 2019 fiscal year that ended on June 30. Although the figure is up by 66% from the previous fiscal year, it stands lower than the $84.3 million Nadella received in the 2014 fiscal year—his first year in the role.

Nadella replaced billionaire Steve Ballmer as Microsoft CEO in 2014. Since taking over as a CEO, Microsoft's stock has increased by more than 150% and stands as the most “Just” publicly-traded company in the US.

The company’s independent board members recognized Nadella’s proficiency as CEO, as demonstrated by Microsoft’s growth in market capitalization from $302 billion in 2014 to over $850 billion as of September 4, 2018. The 52-year-old ranked sixth in Forbes’   list. He has steered the company away from a failing mobile strategy and focused on other segments, including cloud computing and augmented reality. The Washington-headquartered company’s Intelligent Cloud segment offers hybrid server products and cloud services.

Microsoft’s success with its cloud services enabled the company to secure a three-year partnership with German firm SAP, as announced yesterday.  Titled “Project Embrace”, the deal will help to accelerate customer adoption of SAP S/4HANA and SAP Cloud Platform on Microsoft Azure. “SAP’s decision to select Microsoft Azure as its preferred partner deepens the relationship between our two companies in a differentiated way and signals a shared commitment to fostering the growth of the cloud ecosystem,” said Judson Althoff, executive vice president, Worldwide Commercial Business, Microsoft.

In order to ease the process of migrating to Microsoft 365, the company also declared acquisition of a Canadian startup called Mover to help customers move content to the cloud. Currently, Mover supports migration from over a dozen cloud service providers—including Dropbox and Google Drive—into OneDrive and SharePoint, enabling seamless file collaboration across Microsoft 365 apps and services.