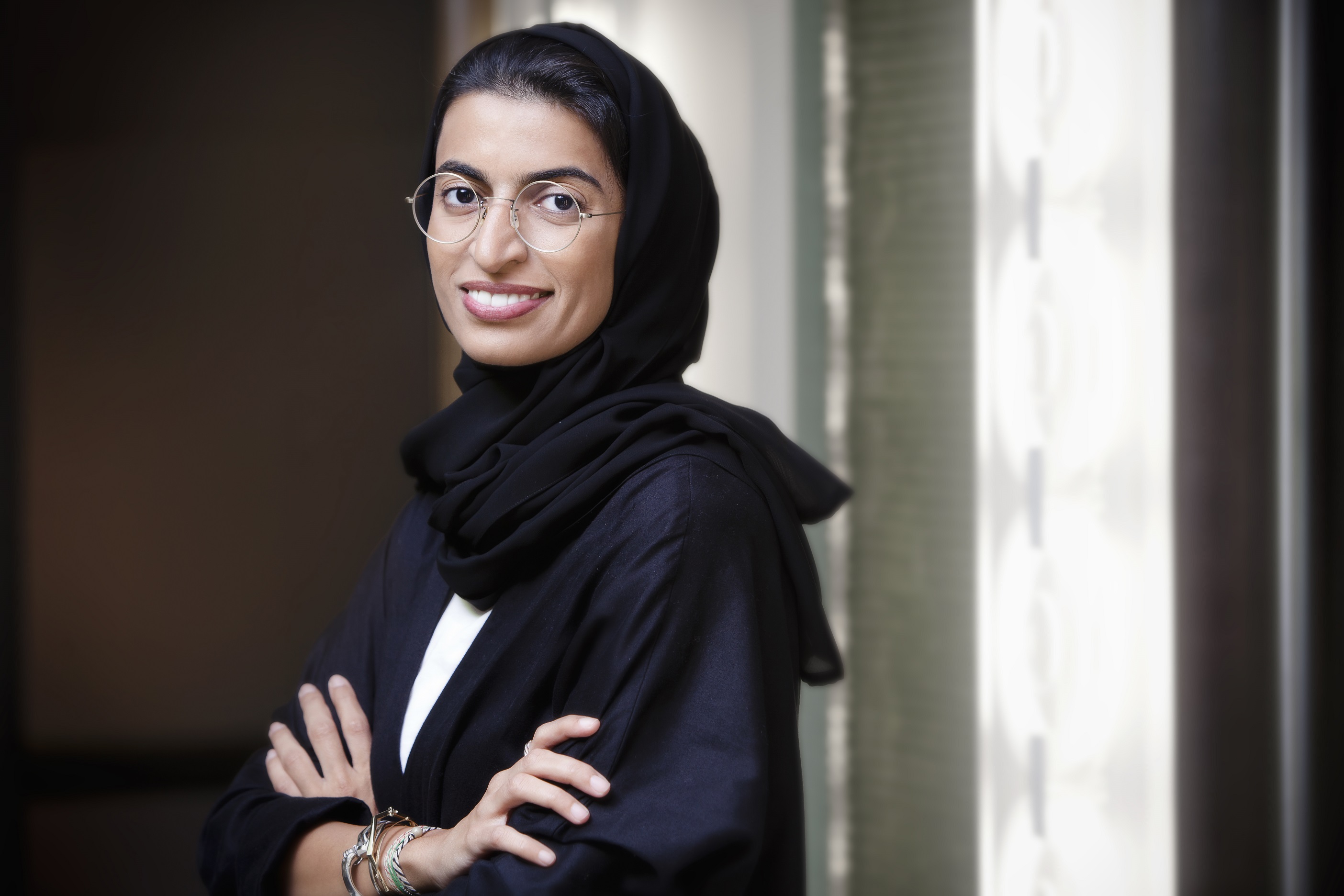 Ministry of Culture and Knowledge Development

In April this year, Noura Al Kaabi met with a group of Iraqi students at the University of Baghdad. Fresh from signing a treaty that sealed the U.A.E.’s commitment to invest $50.4 million in rebuilding Mosul’s Al Nuri Mosque and its Al Hadba minaret, Al Kaabi wanted to hear their thoughts about the project. The students voiced their enthusiasm. Islamic State of Iraq and the Levant (ISIL) had destroyed the landmark mosque in 2017, three years after Abu Bakr Al Baghdadi, the de facto leader of ISIL, had proclaimed the creation of the so-called “caliphate” from the mosque.

For the U.A.E., the reconstruction project is an example of the soft power it wields in the region.

“It is part of our cultural diplomacy and it is also a duty to show that the U.A.E. is against any facet of terrorism,” says Al Kaabi, the country’s Minister of Culture and Knowledge Development. Her ministry is heading the five year reconstruction effort in partnership with UNESCO and Iraq’s government. It is expected to create 1,000 jobs.

At home, it opened the Louvre Abu Dhabi in November 2017, and announced it would soon be exhibiting Leonardo da Vinci’s $450 million masterpiece Salvator Mundi. The government also announced the launch of a U.A.E. Cultural Development Fund to support projects that promote and advance local culture. An index will assess the economic impact of such projects.

“We want the cultural sector to be serious business,” says Al Kaabi, who became minister in October 2017 to carry on the objectives of the country’s Soft Power Council and promote cultural and humanitarian diplomacy efforts. Her message to the world is clear: the U.A.E. is not just about flashy buildings and artificial islands. “We want to make sure that people know the U.A.E. in a different kind of way than it used to (be known).”

Al Kaabi herself was exposed to a different culture early on. Born in Abu Dhabi, Al Kaabi moved to Pennsylvania as a teenager in 1994, when her father, a military officer, was posted in the country. She remembers watching Oprah and reality TV for the first time. “It was a good culture shock,” says the 40-year-old. Al Kaabi returned to Abu Dhabi one year later to finish high school.

Her family valued Arabic culture. While in second grade in a private school in Abu Dhabi, her mother decided to move her to a public school because she was writing Arabic from left to right instead of the opposite direction. “You don’t understand (at that age) that it shapes your identity,” she says.

Al Kaabi didn’t plan on working in government. She earned a B.A. in management information systems from the UAE University, and her first job was at an IT helpdesk in a military hospital. From there she was recruited to join the IT team at Dolphin Energy, but was asked to work in the training and development department for three weeks to fill in a temporary vacancy. Al Kaabi never made the shift back to the IT department. “I think the thing that excited me (in the new post) was dealing with people,” she says.

While working as an HR and administration executive at Dolphin Energy, she met Khaldoon Al Mubarak, who was an executive at the company and was impressed by her work. When he became head of media free zone twofour54 in 2007, he recruited her. Named after Abu Dhabi’s geographical coordinates, its aim is to foster a media industry and Arabic content creation. The freezone also initially served as an incubator by offering funding for creative businesses and providing media training.

Al Kaabi became employee number one of an organization that was then essentially still “a piece of paper.” She helped facilitate relations between the government and foreign companies looking to set up in the free zone. During her tenure, twofour54 was able to attract several international media giants, such as Thomson Reuters, CNN and Harper Collins.

Al Kaabi shadowed CEO Tony Orsten in the early days, often joining board meetings. Orsten, who now runs a media consultancy in the U.K., remembers Al Kaabi as an eager student. “Noura was very aware of her role as a senior executive and as a woman in a predominantly male world,” he adds.

When Orsten left in 2012, Al Kaabi was promoted CEO. She helped develop Abu Dhabi into a regional film hub in the face of strong competition from Dubai, Morocco and Egypt. She attracted filmmakers and producers by offering a 30% cash rebate for productions. The move brought, for example, Star Wars—The Force Awakens. In a 2016 interview with Deadline Hollywood, Al Kaabi says she had to give various guarantees to the Star Wars producers, including building a road in the desert to facilitate filming. Her efforts continue to reap dividends. Mission: Impossible—Fallout and Bollywood blockbuster Race 3, were recently filmed in Abu Dhabi.

“We looked at how we can complement and not necessarily offer the same list of services that any other competitor has,” says Al Kaabi. Her efforts paid off, with twofour54 expanding to a new home in Yas Island to accommodate more media companies.

Although Al Kaabi is no longer the CEO of the freezone, she is still the chair of the Media Zone Authority, Abu Dhabi, which manages twofour54. Among other roles, she’s on the board of Image Nation that has produced films such as Men In Black 3 and Fair Game, Abu Dhabi Media, the U.A.E. National Media Council and Abu Dhabi Sports Council.

Al Kaabi’s entry into the U.A.E.’s cabinet was fast tracked when she was appointed a member of the Federal National Council in 2011. In 2016, she became the Minister of Federal National Council Affairs, a role that required her to ensure that both the government and parliament communicated effectively. The role also gave her exposure to laws and policies. “That helped me become sharper when it came to policies.”

Al Kaabi is now at the forefront of formulating policies for the cultural sector. Her ministry’s primary focus is on preserving heritage, arts and music, while encouraging cultural exchange with other governments and non-profit organizations around the world.

The U.A.E. has topped many indices measuring the quality of infrastructure, happiness and trust in the government, but Al Kaabi wants the country to top cultural indices as well. For that, her ministry has been working closely with international foundations like UNESCO to help with music and arts curriculum in public schools.

Looking ahead, Al Kaabi’s office has a packed schedule. As part of France-U.A.E. Culture Dialogue 2018-2019, the country is partnering with Dubai Design District to host the Emirati Cultural Week this October in France. It will promote art exhibits, design shows, theatre performances and music shows. Al Kaabi hopes that the week-long affair will impart a better understanding of Emirati culture to the French and challenge stereotypes.

“We see how important it is to get the stories of the U.A.E. from the other side. The moment that happens, it really changes the perspective.”