English In The Digital Age 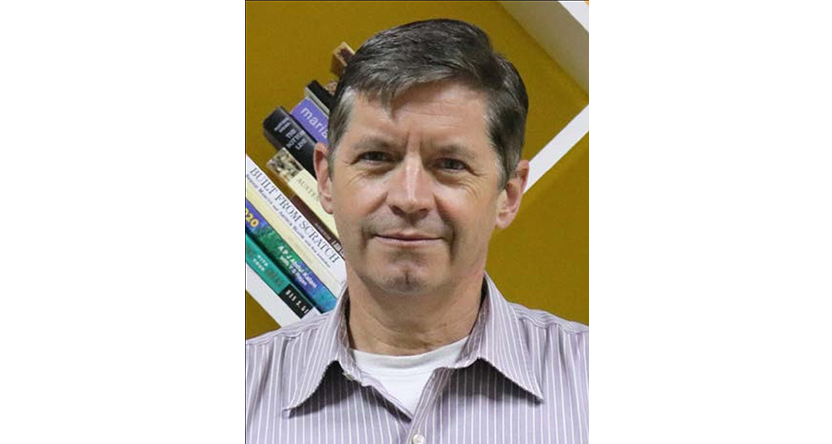 Dr. John Senior, Associate Professor, Skyline University College delves into the history and development of English, and how it’s now become the language of the digital era.

The digital age is rapidly consolidating an era of English linguistic globalism. English is the most commonly spoken additional language in the world. It initially gained this distinction as a legacy of European imperial hegemony— the British Empire in particular. Among the interesting historical consequences of this is that unilingual first language English speakers are vastly outnumbered by their bilingual and often multilingual global counterparts.

Language in the digital age sometimes progresses through quirks of fate as much as it did through the empire. For example, the S.O.S distress signal came about because the English “S” and “O” of Morse Code—an early digital language used before voice radio—were easy to remember. The modern distress call “Mayday” is French M’aider or “help me” and was used because the “S” sound of the S.O.S was difficult to distinguish over the radio in the early days of air travel between France and England. To this day the terminology used in radio distress calls is French.

The first effective computers were created in Englishspeaking England and America and consequently, the language of computer code and the Lingua Franca of the internet is English. Historical circumstance has again ensured that English is widespread, this time via computers as we enter the fourth industrial revolution, the digital revolution in which we find ourselves today.

Harvard Business Review says there are 385 million first language speakers and another 1.75 billion people who speak English usefully. The British Council reports that by 2020 there will be two billion people studying English. This is because English is now the language of globalized business.

International companies are mandating English as the common corporate language—Airbus, Daimler-Chrysler, Renault, Samsung and SAP are just a few examples according to Tsedal Neeley of Harvard Business School. All of this focus on English is creating a symbiotic environment that promotes a switch to English for human communication in the digital world. Of course, we humans are no longer the only ones communicating. As artificial intelligence advances, computers are learning to use English and other languages too—and it’s a good thing for us humans.

Among the most recent innovations is Google Assistant’s “interpreter mode”, a live translation tool using AI to translate between English and 27 other languages in real time. In demonstrations, it seems to work well for basic conversations. However, in one popular Youtube video, it struggles to translate when a Chinese speaker says, “I’m a little allergic to shrimp,” Google interpreter comes back with the English, “I’m a little allergic to sand.” In other tests, it is apparent that the technology’s ability to translate is degraded by background noise and struggles with accents, much like human hearing.

Matic Horvat, a researcher at the University of Cambridge, says this comes down to the dataset used to train the system because “systems adapt to the training dataset they have been fed”. Perhaps, Google needs to feed some Indian, Italian and Chinese English to its “interpreter”. Despite teething problems, as the technology develops it will become a game-changing disruptor in the world of language use. This is particularly true for language learning and teaching. Google’s interpreter is only an example of the technology. As such, technologies adapt to social situations and a variety of English accents, they will no doubt play a pivotal role in shaping the way we learn English and perhaps even what English the vast majority of speakers need to learn.

In the final analysis, the digital world of AI language development will change the way we use English by enabling higher levels of interlanguage communication. However, digital machines and AI are still restricted to binary coding as their home language. English, like all languages, evolved to suit the nuanced and decidedly un-binary needs of human communication. As such, English is unlikely to be superseded by AI or a form of binary communication any time soon.