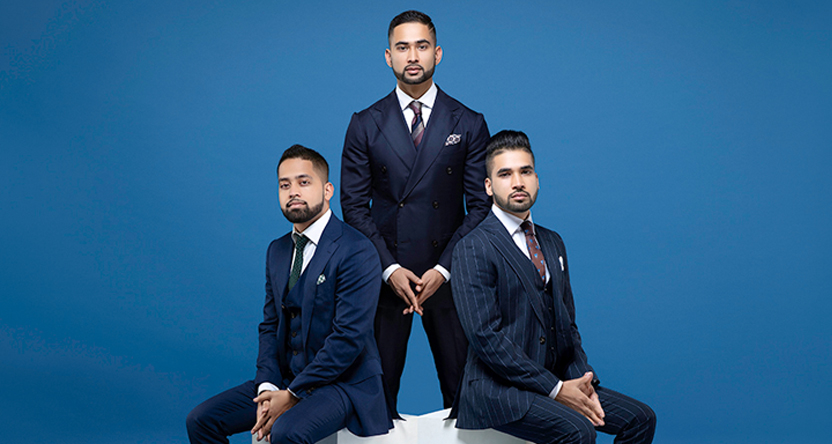 Monir Islam, Ehsaan B.Islam and Moyn Islam –brothers and founders of MELiUS–say they are on their way to building a billion-dollar company in three years.

Throughout history, humans have imagined what the future will be like. We have envisioned hovering cars, rocket-like planes, vacations to outer space, robot helpers and much more. A lot of it is pretty far-fetched, some of it is unlikely, and yet other aspects aren’t as far away as you might think.

Monir Islam, Moyn Islam and Ehsaan B.Islam, three brothers and founders of MELiUS, have brought something new, much more imminent to reality than many people realize. Their concepts and ideas could potentially revolutionize the way that we do life.

MELiUS, the company they built, presents innovative ways to educate and keep you at par with the dynamic world of blockchain and AI and their capacity. Its platform boasts an interactive learning space through its services such as the MELiUS Node, MELiUS Live, MELiUS Trading, and iGoTrade App. MELiUS will soon harness blockchain technology to offer a decentralized, transparent and empowering space for aspiring individuals to interact and pursue their personal goals.

The founders are everything that you’d expect ordinary people living in the U.K. to be. They have worked in restaurants, at retails stores and have even driven a taxi for a living. But one thing that sets them apart from others is their mindset.

Going through their lives, they felt suffocated and trapped just living from paycheck to paycheck. Despite making ends meet and being regular with their bill payments, they believed that they were meant for bigger things in life.

As they say, in the middle of difficulty lies opportunity.

Now Monir Islam, Moyn Islam, and Ehsaan B.Islam are best known as innovators, business owners and leaders. Their approach: figure out what works and do that, even if it doesn’t make sense to anyone else. Their fascination for all things digital and innovative is where it all started. And now they’re leading a company that strives to provide a better understanding of how innovative technology, if embraced and fully understood, can be nothing but an edge.

Breakthroughs such as Apple, Netflix, Facebook, Microsoft, Uber and AirBnB have radically changed the way people connect with each other and exhibit an unprecedented opportunity for businesses to reach highly-targeted markets. We’ve seen how these companies have revolutionized the way we do or experience things, but we are yet to see and experience it all.

Since the three brothers started MELiUS in January 2019, it has already attracted over 10,000 active customers. Still, this could be just the tip of the iceberg as they plan to have one million users and $1 billion in sales by the end of 2022, competing with digital technology companies around the globe.

Monir Islam, Moyn Islam and Ehsaan B.Islam have experienced their fair share of challenges and devoted time to create the right platform and technologies to best service this unique niche market.

The company garnered support from out-of-the-box thinkers who were willing to dedicate the time and exceptional effort to create an excellent, cutting-edge platform—and then, over time, continued to develop and intensify the results based on feedback from their growing cache of customers.

But above all, much of MELiUS’ success is attributed to its community of users and its unique culture. The three brothers proudly claim it is their community that makes the whole of MELiUS undisputed. MELiUS has provided a transparent and empowering space for them to interact and pursue their personal goals. This platform is where they can communicate and help each other out, while making an impact on others.

One of MELiUS’ most notable clients, Jose Ardon, shared his praises on MELiUS and its leadership:

“I am deeply astounded by what MELiUS offers—its powerful tools, and all-in-one platform that will further deliver the knowledge and expertise to a lot of people in Latin America. This is a comprehensive way to educate them on how to be self-sustainable.”

The next decade will look nothing like the last decade. Because of disruptive tech like AI, according to OECD research, jobs will be cut down by 50% in the next 10 years. With blockchain and AI disrupting the augmented stage and potentially taking over works in the future, MELiUS introduces education and strategic steps.

For a community to change, knowledge is vital, and this is what MELiUS is about. The three brothers have envisioned a prepared future rather than sticking to the status quo through proffering people the tools to stay ahead of the inevitable.

Innovation is a pivotal lever. To stay ahead, one must seek exponential change—the power to shape potential disruptors for strategic advantage. That’s where MELiUS and its community excel: unlocking possibilities and navigating complexities to thrive.