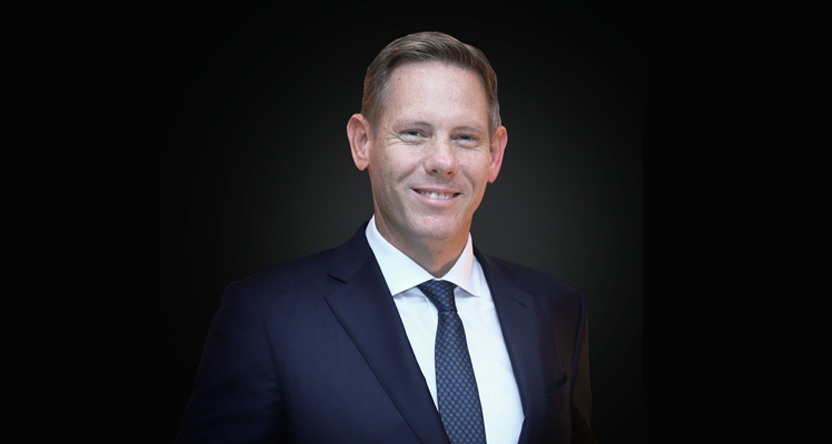 Caspar Herzberg, President of Schneider Electric Middle East & Africa, is not just an expert, just a leader, or just a smart city pioneer. At the heart of all his roles, is a core of creativity.

With over 20 years’ experience, Caspar Herzberg, President of Schneider Electric Middle East & Africa and one of the “fathers” of the smart city concept, has held many titles and fixed many strings to his bow, including that of acclaimed author. In his book, Smart Cities, Digital Nations: Building Smart Cities in Emerging Countries and Beyond, published in 2017 by Roundtree Press, he explores key themes of how to manage innovation, embrace entrepreneurialism and face failure, within the context of his journey in developing our changing digital urban infrastructure.

Recounting his steps as he discovers the possibilities of connected cities and goes out into the world in his previous role at Cisco, Herzberg takes readers from the birth of smart cities in Saudi Arabia to projects in China, Korea, and India before exploring opportunities in Egypt. But the semi-autobiographical book is no vanity project. Although the story is told entirely from his own experiences, the author is transparently honest in his failures as well as his successes along the way.

“I think that it’s good if ideally early on you fail with something big and you grow from it and you recover,” says Herzberg. “Now that I run a decent-size business, I’m quite worried about leaders that work for me that haven’t failed at least once in their lives.”

Without giving away too many spoilers, Herzberg’s smart city journey began when he was working in the Internet Business Strategy Group at Cisco, the company where he worked for 10 years from 2005. In this role, he first came across Saudi Arabia’s plans for its new economic cities, and it inspired an idea. Together with his team, he pioneered the concept of creating a city-wide network that could connect everything—every service, every building—and then set about proving how that would benefit a number of different verticals. “The idea was that you would connect real estate, you would connect transportation, you would connect everything in the city and put it on one platform,” he explains.

Having convinced the general investment authority mandated with building the economic cities to issue a tender for a consulting service to design the network and then implement it, Cisco eventually lost out to a lower bid by Ericsson. However, Herzberg did not let the failure halt his work. Similar ideas were taking off in Korea, so he headed to Seoul. There he met with SK Telecom, a Korean conglomerate, as well as other operators and the American developer building the country’s new smart city, Songdo.

“We concluded a number of agreements,” reveals Herzberg. “There was a big focus on video and on telepresence, and using telepresence on a number of different services, from remote education to accessing city services from within residential apartments.”

As the project launched to much fanfare, their success gathered attention. Herzberg once again packed his case and headed to China to test the connected city concept, finding success in Chongqing where there was a big focus on video surveillance. He admits that this experience brought up some ethical questions, with Cisco eventually deciding not to pursue that particular avenue. “I think one has to be comfortable with what one does,” he emphasizes. “I think there are probably some environments where it would not work, and where you as an individual leader would not want to work.”

Other chapters explore Cisco’s work in India, and the potential that could be uncovered in Egypt, whose major cities are also bursting at the seams. What runs throughout the book, however, is a clear sense of entrepreneurial spirit and a determination to succeed.

Another key takeaway is that entrepreneurship is not owned by the U.S., or even western culture in general. Smart cities may well one day be dotted across the globe, but they will always have begun and been first scaled up in the Middle East and Asia. The crossing point between east and west is not just about the trade of goods, but the trade of ideas. And the idea of smart cities is now firmly planted, with Herzberg one of the few experts that were there from the beginning.

“Smart cities are cities you want to live in, where you’re happy,” says Herzberg. And that happiness comes from using technology to solve any challenges.

“If your challenges are how to get to work and what happens to you on the way to work, then how can technology help you address this? If your challenge is crime, how can video surveillance and the deployment of security address this? If your challenge is basic infrastructure, water or electricity, how can technology help?” The answer? Quite a lot. As long as the development of new products is based around the needs of users, not the desires of corporates. Meaning that governments and companies need to focus on doing things that can directly impact the problems that need solving, as opposed to trying to sell ideas that they have already invested in.

As a case in point, as Herzberg’s journey from pioneer to expert leader unfolds, it is clear that his purpose is not commercially driven. Nor is he a tech geek on a mission to have his name in lights.

“One has to really focus on what one does and what it means, what you can do with it, and challenge the established ways,” he says. “I focus on what [technology] needs to achieve and then how I can use what is there to achieve that.”

Having left Cisco in 2015 to take up his position at the head of Schneider Electric Middle East & Africa, Herzberg is considering writing a follow-up and what that could cover, although Smart Cities, Digital Nations will not be gathering dust any time soon.

“Ultimately this is about overcoming resistance, and regrouping after every lost battle, learning the lessons of the past, and then trying to do it better just one more time,” Herzberg maintains.