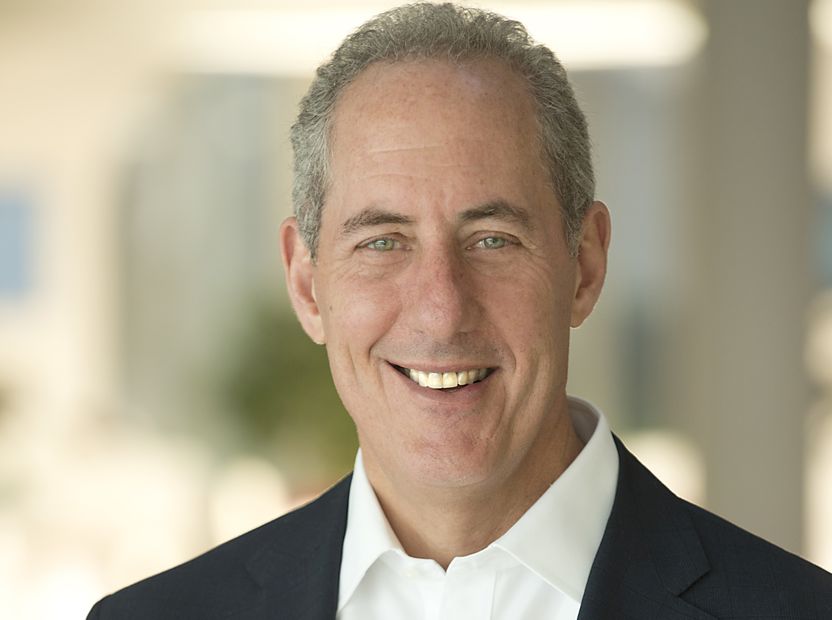 Before joining Mastercard as its Vice Chairman and President of Strategic Growth, Mike Froman spent nearly a decade of his impressive career serving his country as an international trade advisor under Obama’s administration at the White House. His aptitude in using commercial benefits to promote a greater good is something he’s carried with him into his new role.

Apple’s not a fruit, Amazon’s not a river, Mastercard’s not a credit card company,” says Mike Froman, Vice Chairman and President of Strategic Growth at Mastercard, as he sips tea at the sidelines of the World Government Summit in Dubai. While in town to discuss how global trade can be used as a force of good for humanity, the former Citigroup CEO and trade and investment advisor to President Barack Obama has good reason to highlight this distinction. After eight years in the White House, it’s one of the main reasons he joined the multinational conglomerate nearly a year ago.

Having grown up in the payments sector, Mastercard has made considerable leaps in the last decade to show that it is about so much more than money. While easing and facilitating the movement of finance is its bread and butter, at the heart of the business is technology and how it can be harnessed, used and advanced to better people’s lives. Yes, that means access to finance, but more recently it also means access to medicine, food and trade.

In December, Mastercard announced a global partnership with the Global Alliance on Vaccine Innovation (Gavi) with the aim of improving vaccination systems in developing countries that will ultimately save lives. “Children, especially those living in the most remote, impoverished communities, lack immunization records,” said Dr. Seth Berkley, CEO of Gavi. “That represents an enormous impediment to our mission of ensuring that every child worldwide receives the essential vaccines they need to survive and thrive.”

By partnering with Mastercard, Gavi will have access to technology, over the next two years, that can dramatically improve its knowledge and oversight. “It’s nothing to do with a transaction, there’s no money changing hands,” says Froman. “It’s about how to use our infrastructure, our encryption, our ability to manage data responsibly—without collecting any personal information ourselves—to help make sure that people are getting vaccinated.” This will include tracking birth rates and vaccination records, sending reminders to parents when vaccinations are due and giving the government more visibility as to where programmes are working well and where greater resources are needed.

The is just one example of how Mastercard is using its unique abilities to contribute to the world around it and make a positive impact. Now, Froman believes, the key lies in showing others in the private sector that trade and other business can be conducted and used in a way that is both profitable, scalable and socially responsible. “I’m on this mission to demonstrate that commercially sustainable social impact is doable,” he insists.

Leveraging technology to effect positive change is not new to Mastercard. Five years ago, it created the Center for Inclusive Growth—an independent subsidiary of Mastercard that takes lessons from both the main company and the charitable Mastercard Foundation, to build networks that create an inclusive growth agenda to help people in poverty move into prosperity. “It took a significant portion of the benefits of the tax cut in the US and created a new philanthropy,” Froman adds. “I’m not aware of any other company that did that.”

Of course, issues such as poverty, access to medicine and financial inclusion are not just problems for developing countries. Although numbers are not as low as Africa (where some reports suggest that only 5% of people have bank accounts) across the Middle East and the western world ten of millions of people remain unbanked or underbanked—it is very much a global issue. And one that Mastercard is determined to tackle. In 2016, it announced its commitment to bring 500 million more individuals and 40 million new micro-merchants into the financial system globally within five years. Three years down the line and it is well on its way to achieving that goal, having brought over 350 million more individuals on board, with two years left to go on its deadline.

Froman explains that it is all part of a greater drive to understand the needs of society and the individuals that make up these communities. “We need to move from access to usage to security and financial health. That means thinking creatively around the real needs of an individual. We’re trying to think through as a company, what can we do to help create the ecosystem that might facilitate more security for a greater part of the workforce?”

Some of these innovative discussions include connecting with the gig economy workforce to find out what the key issues are for individuals on this new platform—one that may dominate in the not-too-distant future. For example, how can they manage and smooth their earnings? Mastercard is in the early days of considering creating platforms that could be made available for portable benefit schemes to generate more financial security.

And on a global scale, helping individuals means ensuring the wider system works to their benefit. With the international trade system currently fighting headwinds and insecurity, Froman believes now is a time of opportunity for the private sector to be motivated into stepping up to work together to eliminate obstacles at borders, facilitate trade and make it easier for small and medium-sized businesses to participate—ultimately contributing to the health of the global economy. That’s an area where expanding technology can make a big difference, and therefore an area of focus for Mastercard.

“Being able to take a small merchant who’s buying their goods from some supplier and introducing digital technology so that a local bank can see what the relationship is between the buyer and the seller, so it can begin to extend working capital credit… It gives them an opportunity to actually grow and develop their business, hire more people, stabilize their income. It’s that real path towards financial security for them. And that’s what I think a lot of countries are wrestling with,” says Froman.

The Vice Chairman clearly has his work cut out in his new role—albeit one borne of passion for both Froman and Mastercard. But how does it compare to the White House?
“I don’t miss it,” he smiles.