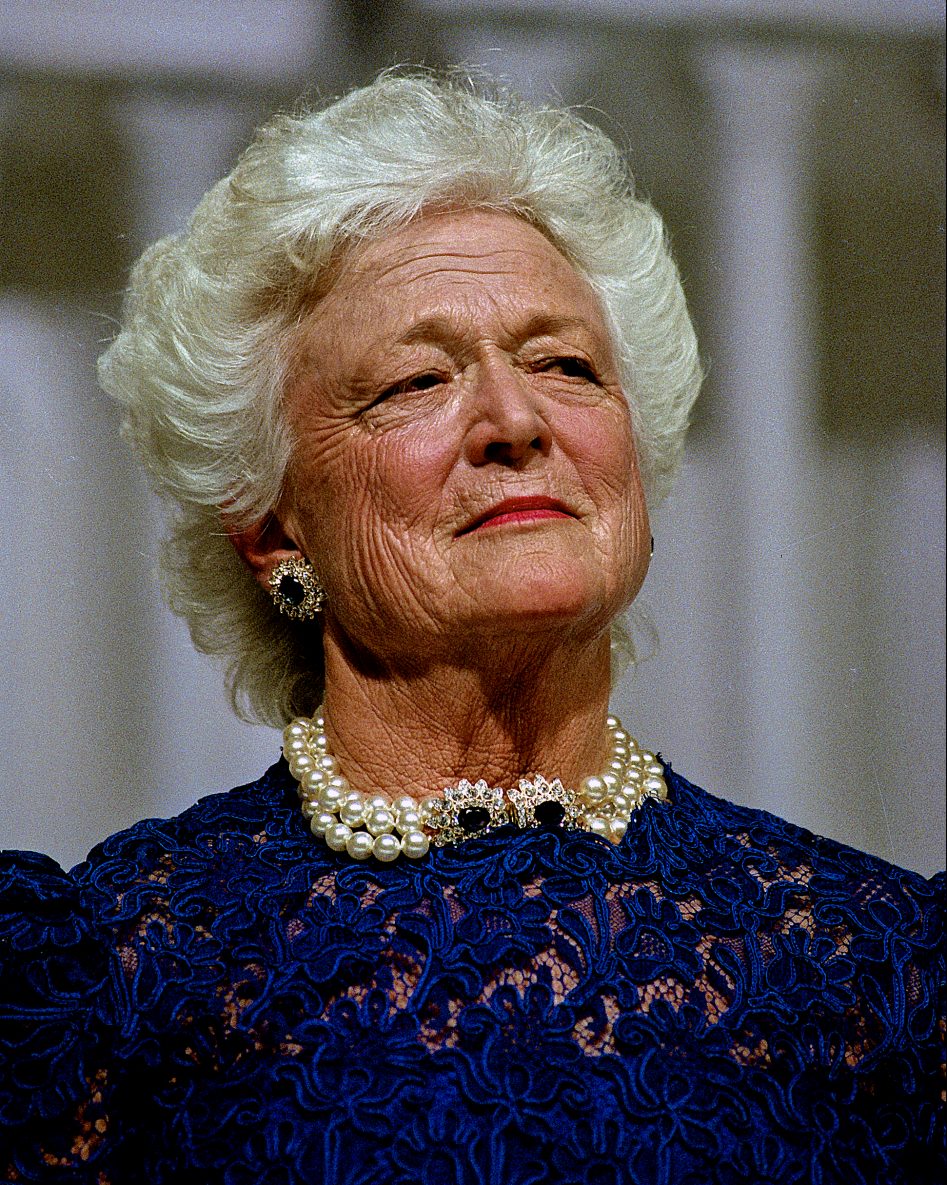 Barbara Bush, the former U.S. First Lady and the wife of 41st President George H.W. Bush and mother of the 43rd President George W. Bush, died at her home in Huston at the age of 92 on Tuesday. She was the only woman to have witnessed both her husband and son serve as the Presidents of United States of America.

According to a statement released by the Bush family on Sunday it was clear that Bush’s health was deteriorating and the matriarch had opted to seek comfort care instead of medical attention.

“Barbara Bush was a fabulous First Lady and a woman unlike any other who brought levity, love and literacy to millions,” said George W. Bush, former U.S. President and son.

“To us, she was so much more. Mom kept us on our toes and kept us laughing until the end.”

Bush served as the first lady from 1989 to 1993 and was known to be a strong advocate of literacy. During her years at the White House, she founded the Barbara Bush Foundation for Family and Literacy. Her son George W. Bush won the United States presidential election of 2000 and served as the president from 2001 to 2009. Another of her sons Jeb Bush was the 43rd Governor of Florida.

Born in Rye, New York on June 8, 1925, she had been married to George H.W. Bush for 73 years and the couple celebrated their 73rd anniversary this January.

Bush is survived by her husband, five children and their spouses, 17 grandchildren, seven great grandchildren and brother Scott Pierce. Her daughter Robin passed away in 1953, suffering Leukemia.

These Are The Record-Breaking Women Of 2019