Christie’s To Auction Royal Fabergé Tiara For The First Time 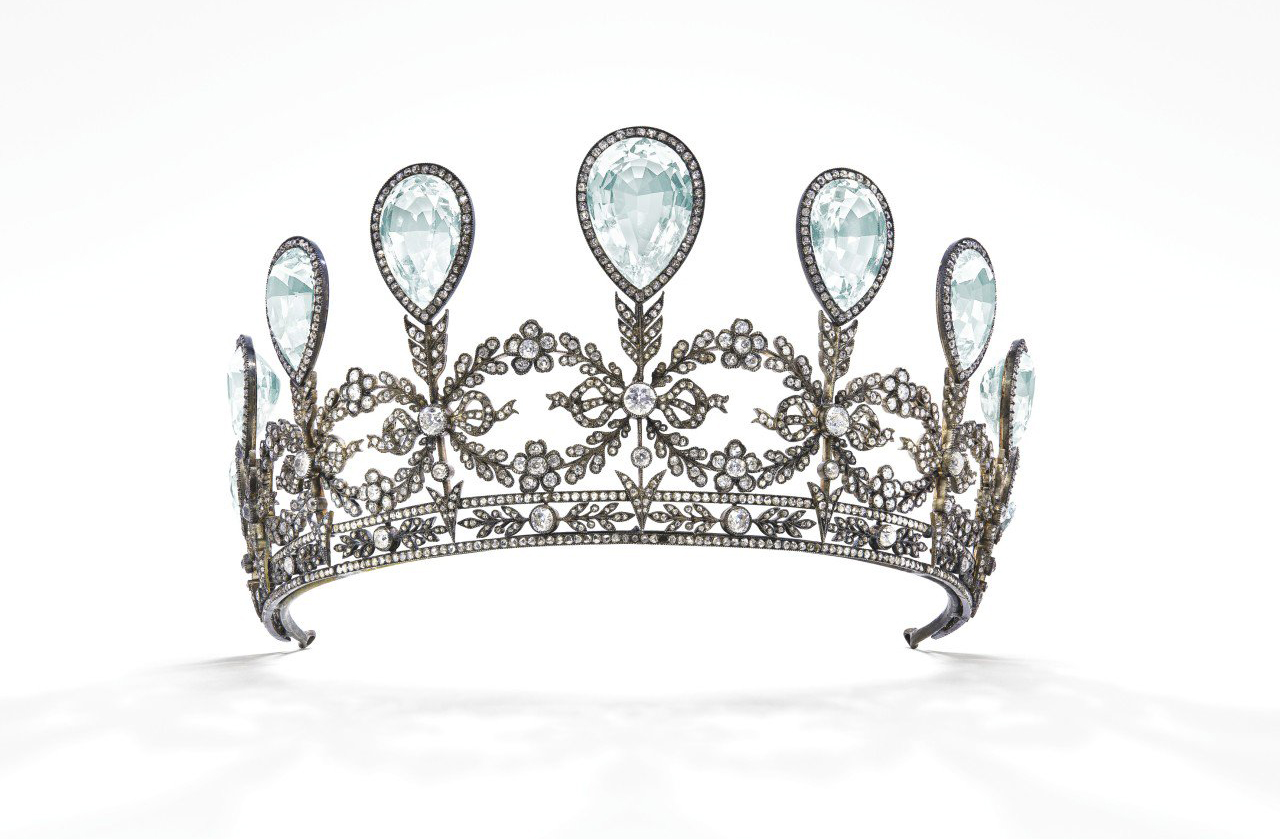 Christie’s will bring a rare Russian aquamarine and diamond tiara by Fabergé to auction, after more than a century since it was first revealed, with a pre-sale estimate of $230,000 to $340,000.

The tiara was made in 1904 as a wedding gift from Frederick Francis IV, Grand Duke of Mecklenburg-Schwerin to his bride Princess Alexandra of Hanover and Cumberland.

The Grand Duke’s mother, Grand Duchess Anastasia Mikhailovna of Russia, was a keen Fabergé collector, and encouraged her son to order his wedding present at the atelier Fabergé in St Petersburg.

Archives show correspondence between the Grand Ducal Cabinet of Mecklenburg-Schwerin and Eugène Fabergé, revealing deliberations on a commission of an important jewel. One of the letters dated 10 May discussed the possibilities that could be offered by Eugène Fabergé.

On the day of the wedding, June 7, 1904, Princess Alexandra of Hanover and Cumberland wore the traditional Hanoverian nuptial crown, while her own special Fabergé tiara followed later.

The tiara is composed of nine graduated pear-shaped aquamarines, old, cushion and rose-cut diamonds, it is of symbolic design with forget-me-not flowers tied with ribbon bows, signifying true and eternal love, pierced by arrows representing cupid, a token of endearment, attraction and affection.

The tiara will be offered in the Magnificent Jewels sale on May 15 in Geneva. It is on display at Christie’s  London until today April 10.