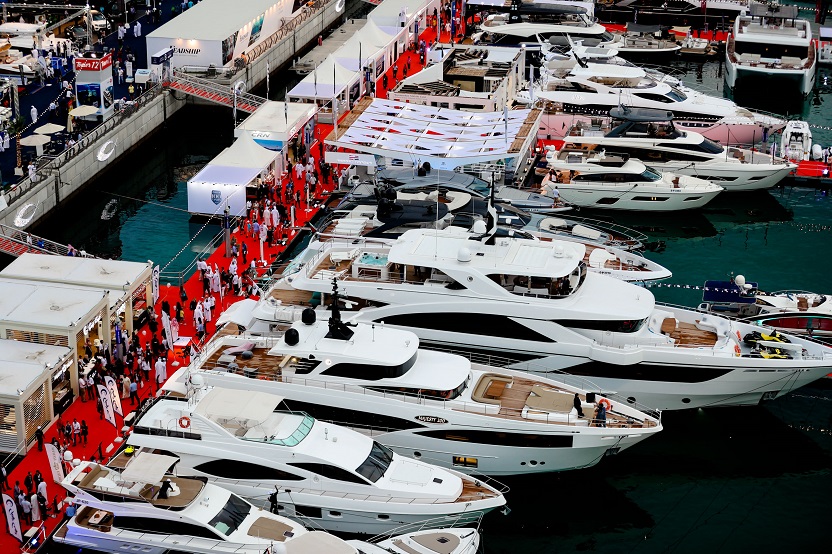 Global analysis compiled by the Superyacht Builders Association (SYBAss) with data from SuperYacht Times found that the region tops other major yachting hubs across the US, Europe and Asia in being home to the fleet of most sizeable personal pleasure vessels.

The superyachts—found docked across the UAE’s 5,000+ berths, a number which is set to grow by 1,400 with the 2020 opening of the new Dubai Harbour, and sailing internationally—tend to not only be longer in length but greater in volume too, averaging 1,618 in gross tonnage.

As the region continues to grow as a yachting hub, the research by the independent bodies found that the percentage of superyachts owned by local buyers has also climbed. The Middle East is now home to 12.6% of all 40m+ superyachts—a total of 216 mega-vessels.

“The average length of yachts of owners from this region, however, is the highest in the world, at 63 meters.  Projected wealth development coupled with an historic uptake of superyachts, positions the Middle East and North African as a region that is expected to continue to be an essential and stable market for the industry.”

There are 830 yachts over 24 metres under construction globally, the largest of which measures 182.9 metres.

Merijn de Waard, founder of SuperYacht Times, said: “In 2018, there were over 470 yachts sold worldwide. On average, these measured bigger than ever before in length—growing from 43.7 to 45.7 metres—with a spike in Middle Eastern ownership, up from 11.5% to 12.6%. The demand for superyachts has increased over the last few years which underscores the growing luxurious lifestyle in this region and the efforts that Dubai is taking to establish itself as a global maritime hub.”

Sail Away With These: 5 Of The Best Yachts In The World

First Complete Titanic Menu Expected To Be Auctioned Off At $142,000