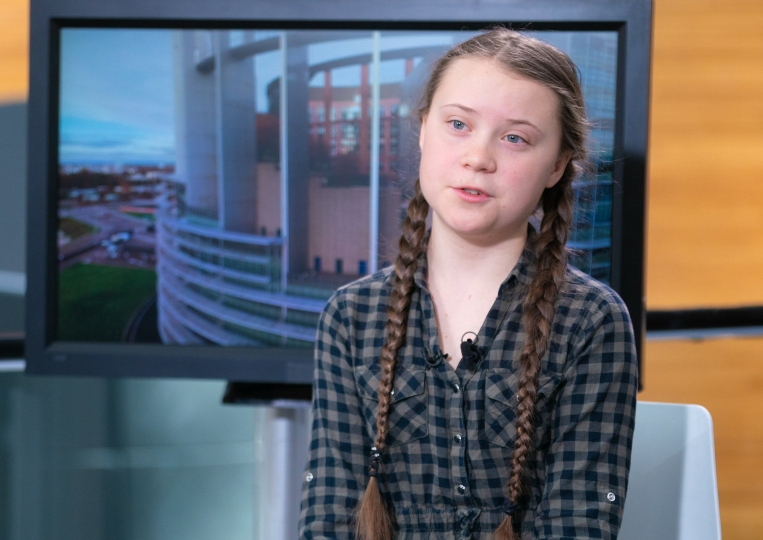 Topline: Climate activist Greta Thunberg flatly told the world’s business and political elite at Davos that little has been done to tackle climate change, and urged leaders and journalists to listen to the science during a panel with teenage climate activists from around the world.

“Pretty much nothing has been done, since the global emissions of CO2 have not been reduced,” Thunberg said at the World Economic Forum.

She also urged the press and political leaders to report on and listen to the science as she highlighted figures from the landmark 2018 IPCC report that called for urgent action to limit global warming to 2.7 degrees Fahrenheit (1.5 Celsius).

“With today’s emissions levels, the remaining budget is gone in less than eight years. These aren’t anyone’s views—this is the science,” said Thunberg.

The 17-year-old activist was speaking just hours before President Donald Trump was set to take the main stage at the World Economic Forum.

This year’s World Economic Forum at Davos, Switzerland, has a special focus on climate change and is the 50th annual summit gathering the world’s political and business leaders.

Young climate activists taking center stage at the summit is a change from last year’s summit, where Thunberg was on the sidelines, protesting outside the 2019 event with thousands of schoolchildren from Switzerland and Belgium.

Surprising fact: The panel made history as the youngest ever onstage at Davos. Thunberg will also speak at the “Averting a Climate Apocalypse” panel later on Tuesday.

Key background: Thunberg has made headlines over the past 18 months for her climate activism and the way that it has inspired millions of young people—as well as adults—to protest to raise awareness about the climate crisis. Thunberg was just 15 when she was pictured protesting outside Sweden’s parliament with a “School Strike for the Climate” sign. She has since been honored as Time’s 2019 Person of the Year and has received widespread support and praise for her raising global awareness of the climate crisis, alongside a number of young climate activists around the world. But the unflappable 17-year-old has been under attack from climate change deniers, right-wing public figures and Donald Trump himself, which she has publicly taken in her stride.

Trump has used his platform to take a swipe at the “perennial prophets of doom and their predictions of apocalypse.”

Tangent: President Donald Trump’s speech was scheduled just hours ahead of the start of his impeachment trial in the Senate.

The World’s Most Populous Country Is Tackling Plastic Use. Here’s How.

How Prince William Is Attempting To Fix Our Planet

Formula 1 To Become Carbon Neutral By 2030