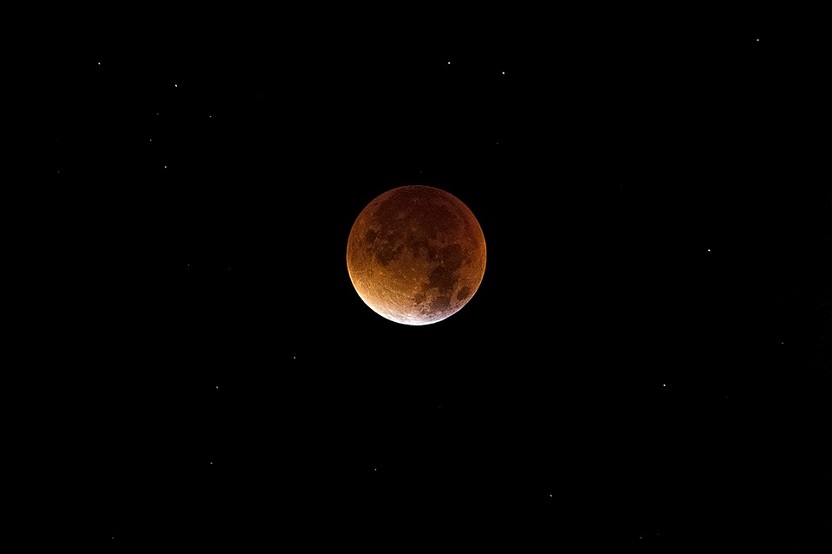 Last night, stargazers from all over the world witnessed a partial lunar eclipse. The half-blood thunder moon eclipse was visible in many parts of the world from Africa and the Middle East to Europe. In Cairo, Egypt, the Penumbral Eclipse began at 20:43. However, North America and the polar climes of Greenland and northern Russia didn’t get to witness this rare phenomenon.

This was not just another lunar eclipse—it marked 50 years since NASA launched the Apollo 11 lunar mission, and it's the only full moon of July.

During a partial lunar eclipse, the moon passes through the shadow of the Earth, making one section of it appear darker than the rest. A full lunar eclipse is known as a blood moon due to the reddish hue it takes on in our planet's shadow.

July appears to be a winner month for stargazers and astrologers. On July 9, Saturn entered something called opposition with Earth. This occurs when our planet falls directly in line between Saturn and the Sun. When it's in opposition, Saturn is at its closest point to Earth in its orbit (about 746 million miles away). This makes Saturn appear especially big and bright in the night sky.

Although there is no scientific evidence to prove so, it's believed by many that the gravitational forces in action during these magical phenomena can have an impact on people's behaviors. According to an ABC Science article by Dr Kruszelnicki: "One survey in the US found that about 40% of the general population, and 80% of mental health professionals, believe that the phase of the moon affects human behavior.”

Some astrologers believe that the blood moon phenomena can send you into a state of emotional somersaults. "The belief that the lunar cycle is associated with the onset and severity of psychiatric symptoms has persisted since the middle ages," according to researchers in the 2014 journal of ISRN Emergency Medicine. However, the idea of the moon somehow affecting our behavior still remains broadly vague and is not proven by science.