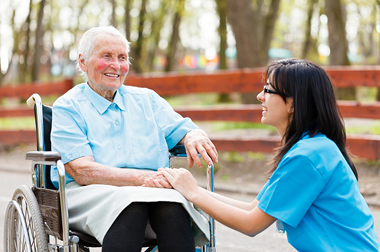 You don’t recognize your daughter, you have forgotten how to tie your shoelaces, you find yourself in the middle of the street and you don’t know how you got there – for most of us, these scenarios seem surreal and far removed from our daily lives. These are the effects of a neurological disorder called Alzheimer’s disease in which the death of brain cells causes memory loss and cognitive decline. A fast growing condition, the World Health Organization (WHO) estimated that 35.6 million people live with Alzheimer’s as of 2012, and by 2050 its prevalence is set to quadruple by which time 1 in 85 persons worldwide will be living with the disease.

Like all forms of dementia, Alzheimer’s is caused by brain cell death. The total brain size shrinks with the disease and the tissue has progressively fewer nerve cells and connections.

Postmortems and autopsies of affected brains also show tiny inclusions in the nerve tissue called plaques and tangles and these are believed to be the prime suspects in damaging and killing nerve cells.

For a doctor to diagnose someone with of Alzheimer’s, he must confirm a dementia  which is defined as; “cognitive or behavioral symptoms that show a decline from previous levels of functioning and performing and interferes with the ability to function at work or at usual activities.”

Some of the more common symptoms include:

Alzheimer’s disease is not simple to diagnose as there is no single test to diagnose it. First doctors rule out other problems by asking for a detailed history of the patient, family members should be involved for accurate details, do physical examinations for signs of other problems like a stroke, heart and/or metabolic dysfunction conditions and by checking for neurological function. Depending on this comprehensive analysis, a doctor may order blood and urine tests and brain scans.

If there is no evidence of another issue a doctor will then carry out cognitive tests. Some of these are the abbreviated mental test score, the general practitioner assessment of cognition and the mini mental state examination.

There is no known treatment of Alzheimer’s disease; however advancements have been made in the management of the disease. Medications used to support the patient either to modulate the disease or to control agitation and behavioral changes. Activities and programs for care have been developed and support groups and services formed. Support groups are key, not only for patients but also their families and caregivers.