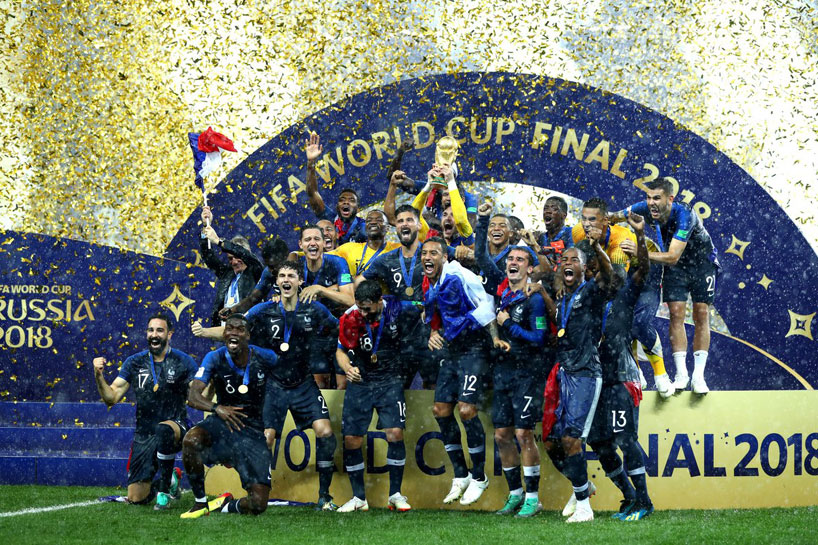 Russia’s Luzhniki Stadium witnessed one of the most thrilling finals yesterday as it hosted over 81,000 football fanatics who had gathered to see France defeat Croatia for a score of 4-2, winning their second world cup in 20 years.

But France momentous win was not without a few nail biting situations. Yesterday’s finals witnessed everything from a self-goal to a goalkeeper blunder and to a VAR assisted penalty-kick. French President Emmanuel Macron and Croatian President Kolinda Grabar-Kitarović along with Russian counterpart Vladimir Putin were present among the audience watching the finals.

Thanks to its six on-target goal attempts, the French won the title even though they possessed the ball just 38%. On the other hand, Croatia who possessed the ball for 62% of the game had nine off-target goal attempts and an 18th minute self-goal. Despite Croatia playing better in the first half, France took the lead thanks to Mandzukic’s header which became a self-goal.

A penalty-kick goal from Antoine Griezmann and goals from Paul Pogba and the 19-year-old Kylian Mbappe were enough to cement a magnificent win for the French.

In total, 32 teams which had played 64 matches across 11 stadiums in Russia scored 169 goals with an average of 2.64 goals per match for the FIFA World Cup 2018. There were 22 penalties and nine winning goals scored in the 90th minute or later at the 2018 World Cup, excluding extra-time. During the World Cup, 36 referees gave 219 yellow cards plus four red cards and were assisted by 63 assistant referees.