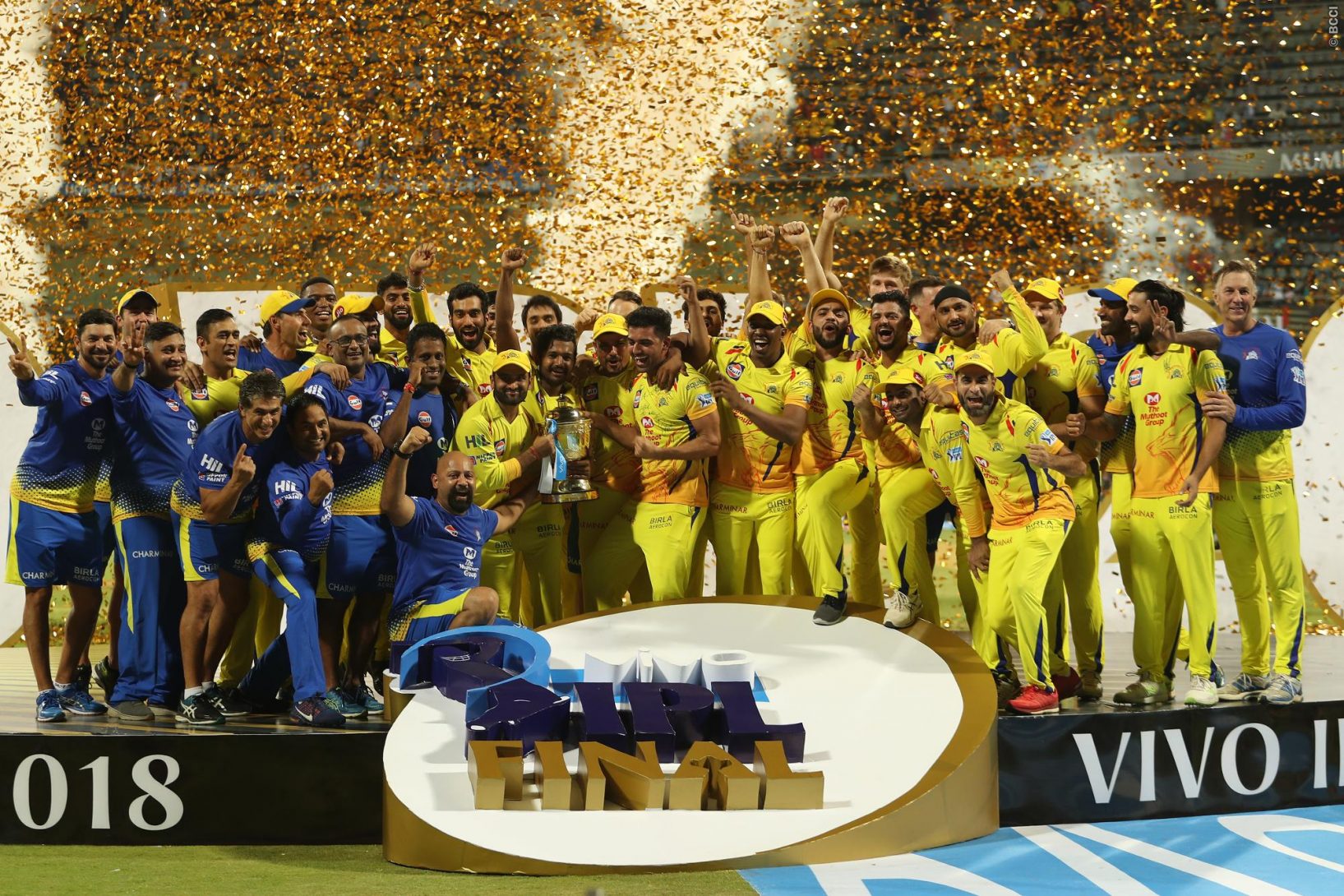 IPL is also the world’s wealthiest cricket tournament with a brand value of $3.8 billion.

The tournament came to a close yesterday when the two-time IPL champion Chennai Super Kings beat Sunrisers Hyderabad for a total score of 181 in 111 balls in Mumbai’s Wankhede Stadium.

Shane Watson, the 36-year-old Australian all-rounder, propelled Chennai into a win as he scored an unbeaten 117 runs off 57 balls. The veteran-cricketer started off with 10 dot-balls and later hit 11 fours and eight sixes, taking his team to its third title after its two-year suspension from the tournament following a betting controversy.  Chennai Super Kings have previously won the IPL tournaments in 2010 and 2011.

Established in 2008, IPL is organized by the IPL Governing Council, under the sponsorship of the Board of Control for Cricket in India (BCCI). It is also a significant revenue churner, characterized by million-dollar player auctions and big-ticket brand endorsements.

One of the IPL teams Kolkata Knight Riders, co-owned by Bollywood star Shah Rukh Khan, alone had a brand value of $58.6 million in this season.

In September 2017, Rupert Murdoch-owned Star India won the broadcasting and digital rights for the Indian Premier League for five years from 2018 to 2022 for a whopping $2.55 billion.

Talking about the league’s global ambition, IPL Chairman Rajeev Shukla told AFP, “We are not able to figure out where it (broadcast rights and sponsorship) will peak... but I think after the English Premier League (EPL), this is the most important league. It can match any league.”

According to reports, IPL’s television revenues only in India for 60 games in seven weeks are about $8.5 million per game. While on the other hand every EPL match in the U.K. alone earns $11 million plus more money keeps coming from foreign broadcast rights.