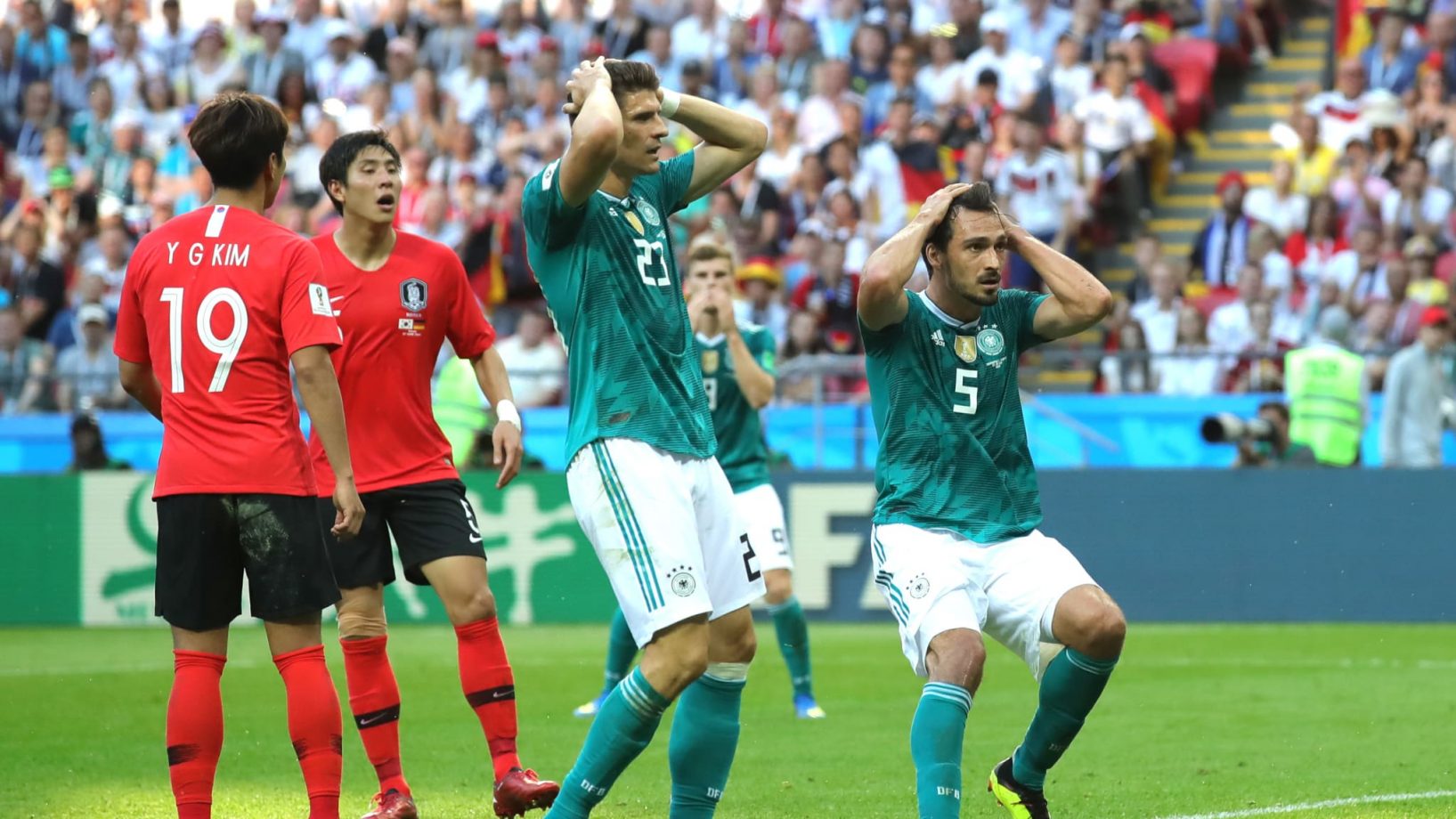 The four times world champion Germany was knocked off from the FIFA World Cup 2018 after losing to South Korea for 2-0 in the final group stage match at the Kazan Arena on Wednesday, June 27. The loss comes after investment bank UBS and Germany’s Commerzbank used econometric tools, a technology generally used to identify investment opportunities in a bank, to predict that Germany would win the World Cup.

Earlier in May ahead of the World Cup, UBS predicted that Germany had 24% chance of winning the World Cup followed by Brazil, Spain and England with 19.8%, 16.1% and 8.5% respectively

After the match, Germany became the fourth straight World Cup defending champions to exit at the group stage in a FIFA World Cup after Spain in 2014, Italy in 2010 and France in 2002. In a disappointing performance, the German side went on to lose the match after the injury-time scored goals by opponent Koreans.

The 92nd minute VAR-assisted goal from Younggwon Kim and a 96th minute second one by Son Heungmin grossed South Korea a celebrated 2-0 win over the number one FIFA ranked world champion.

But not all predictions have been proven wrong. U.S. investment bank Goldman Sachs predicted earlier that Brazil would win while another bank ING has put Spain as their favorite. It is not just the banks that have tried their hand at predicting the World Cup winners.

Paul the octopus has been popular for correctly picking a winner in the previous tournaments while new animals others such as Achilles the Cat—a deaf Russian feline is now reportedly handing out the predictions of the winners too.

Germany lost their opening match against Mexico for 0-1, but came back in shape with a 2-1 win against Sweden. If they had won, Germany still had a chance to be number two on the Group F table, but only Mexico and Sweden will compete at the Round of 16.