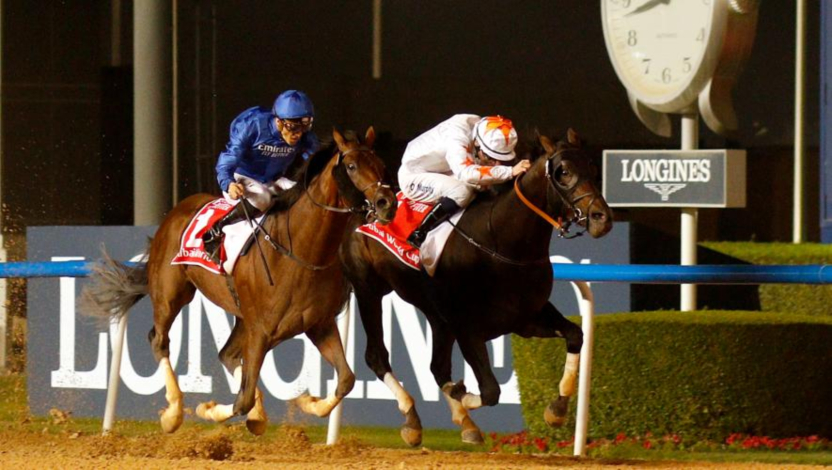 One of the world’s richest horse races culminated this week on a high note. Dubai-based Godolphin’s Thunder Snow won the first prize, worth $12 million, at Dubai World Cup that was held at the Meydan Racecourse this week.

Owned by the emirate’s ruling family, Godolphin’s Thunder Snow became the first horse to win the title for the second time consecutively at the race. The horse is trained by Saeed bin Suroor and was ridden by Christophe Soumillon.

The race had a nail-biting finish with both Thunder Snow and the runner up Gronkowski finishing extremely close by.

A total of nine races, offering a prize money of $35 million, were held at the event. This was slightly higher than $30 million that was offered last year.

The race was attended by around 72,000 people, according to reports.

Horse racing is a popular sport in the region, which have led to hefty cash prizes for winners. While Dubai World Cup is one of the richest, other countries too are planning to have horse racing championships.

Last year, Saudi Arabia revealed plans for a new horse racing championship with prizes totaling more than $17 million. Dubbed The King Abdulaziz Horse Championship, the organizers said that the race will rival the Kentucky Derby in size and attract competitors from the US, UK and Japan.