Discover The Beauty Of Egypt, From The Pearl Of The Mediterranean To The Land Of Turquoise 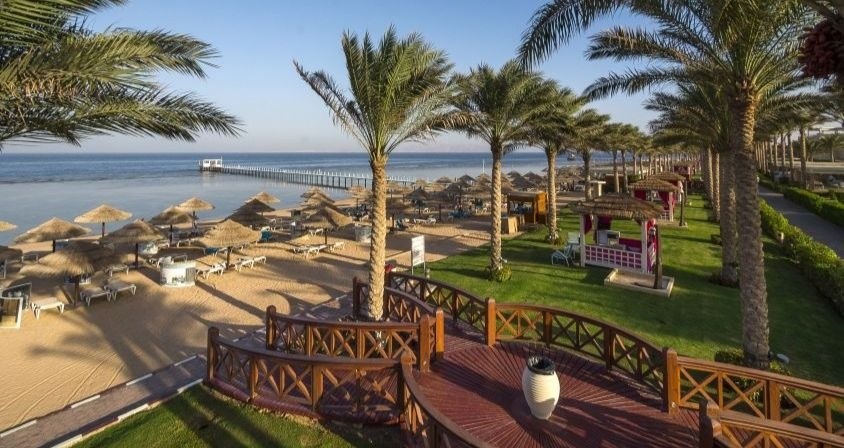 There’s nothing like diving head first into a calming journey and leaving all troubles behind as you enjoy the beauty of exquisite landscapes away from the routine of everyday life.

Our journey began when our plane landed at midnight at Borg El Arab International Airport in Alexandria, Egypt, where we were met by Mohamed, a young Egyptian man representing the New El Alamein City-based hotel, Rixos Alamein Resort.

The five-star hotel was our first stop in this magical city, well known for its long beautiful beaches extended along the Mediterranean. El Alamein, located in the Matruh Governorate, west of Egypt was the first in the country with over a million citizens. It is designed to accommodate more than three million inhabitants. 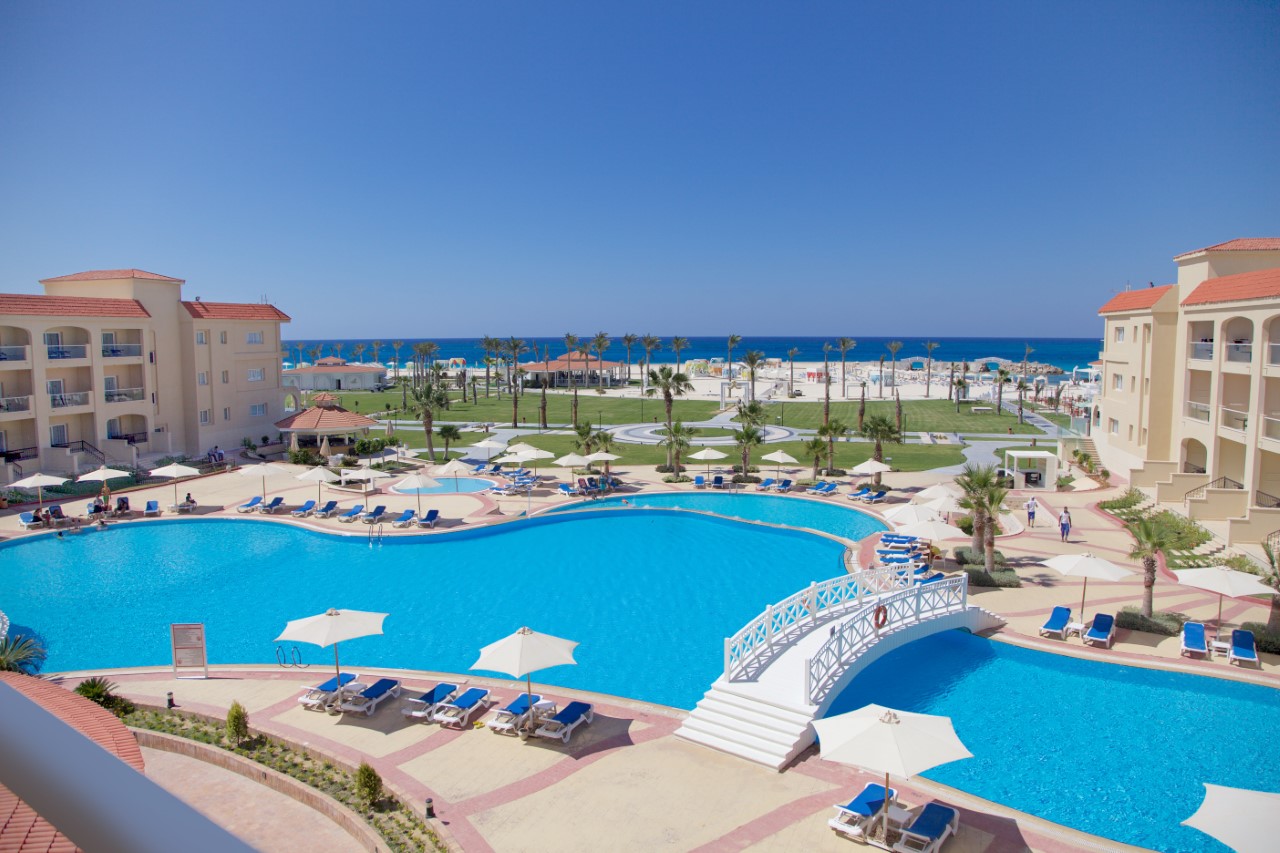 Our hotel was one hour away from the airport, and once there we rested and prepared for a truly luxurious journey. The following day, we were surprised by how exquisite the hotel is. Its magnificent landscape was hidden to the eye when we had arrived in the dark the previous night.

The hotel is built on an island offshore, overlooking sparkling blue water and golden dream-like sandy beaches away from the loud city life. The warm weather with small drifts of cold winds, reminded us now and then that we were in glorious Alexandria.

The weather was just right to exercise before we sat down for a traditional Alexandrian breakfast of fava beans and falafel. 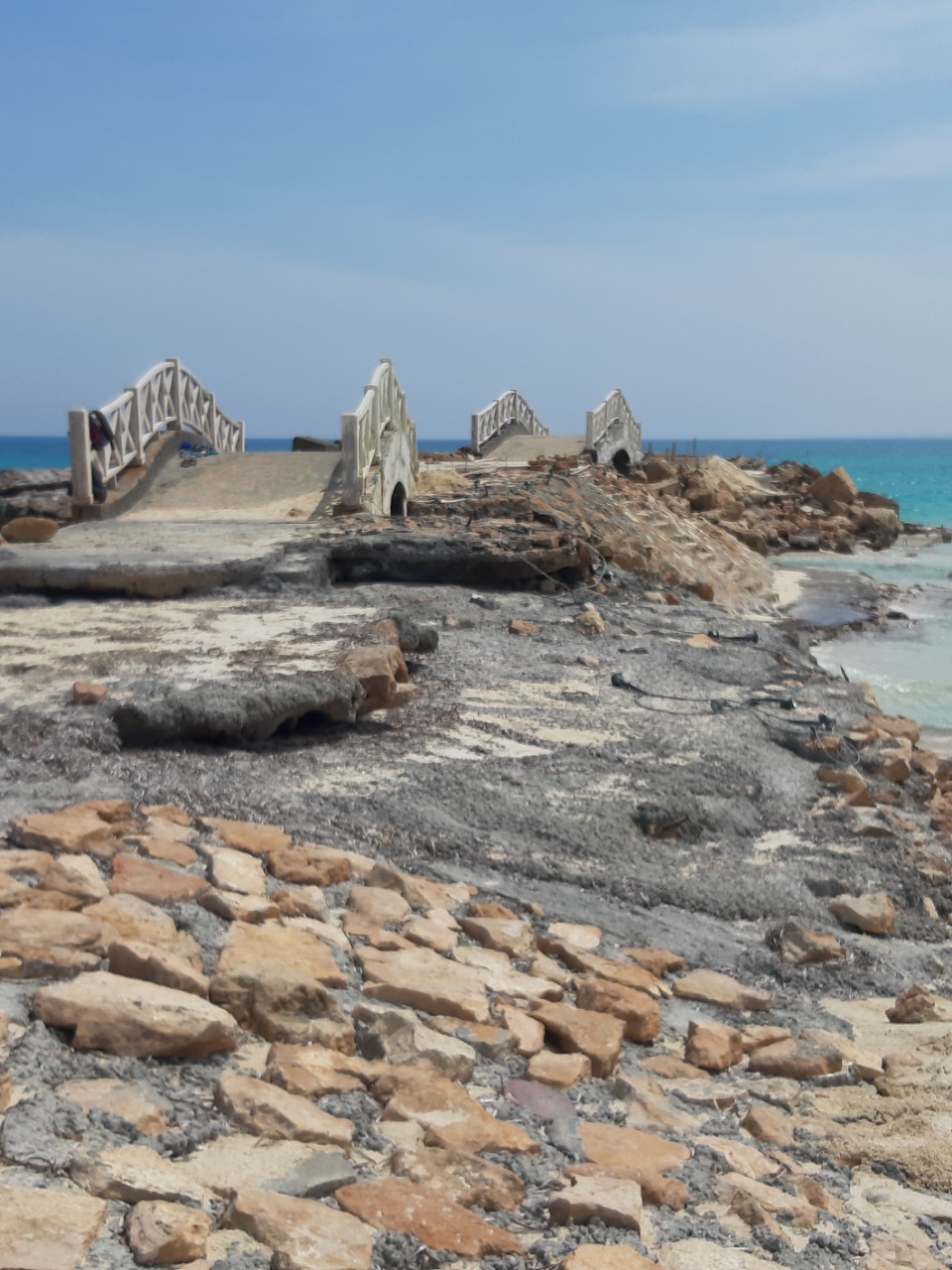 We had a hectic travel schedule planned for our first day. We took a quick tour around the neighboring areas, where vast real estate projects were spread everywhere. We passed by towers that were under construction and residential areas, including villas and chalets. They mostly sit vacant at this time of this year, as people usually come here in the summer.

After the tour around El Alamein City, we went back to enjoying the beauty of the blue waters and discovering the mesmerizing, biodiversity rich El Alamein lakes. We enjoyed staying at the private beach cottages facing the sea, and we took pictures of the hotel’s six swimming pools.

The hotel staff, especially the hotel manager Ghaleb Turk, spared no effort in providing us with a tranquil and calm ambiance. He organized a dinner party at the Bistro, where we were offered some delicious and famous global dishes prepared in a European style, while listening to the calm beats of the beautiful Eastern and Turkish music.

The next morning, we packed our bags, and left El Alamein City. We drove back to the airport to take a domestic flight to Sharm El Sheikh, the Pearl of the Red Sea, where the Gulf of Aqaba meets with the Gulf of Suez. It was a quick flight, taking no longer than an hour.

We stayed at the Rixos Sharm El Sheikh Resort. As soon as we reached the lobby, we were amazed by the architectural design of the reception area and the detail-rich hotel.

The first thing that might come to mind while walking around this glamorous resort, is that you are in a small integrated village built for one purpose, which is to make its guests feel no need to leave. Expansive swimming pools stretched as far as the eye could see, alongside specially designed entertainment venues and several gyms and resting areas. As for the sea, its calm and breathtaking waves could have you believing that you are in the Maldives. 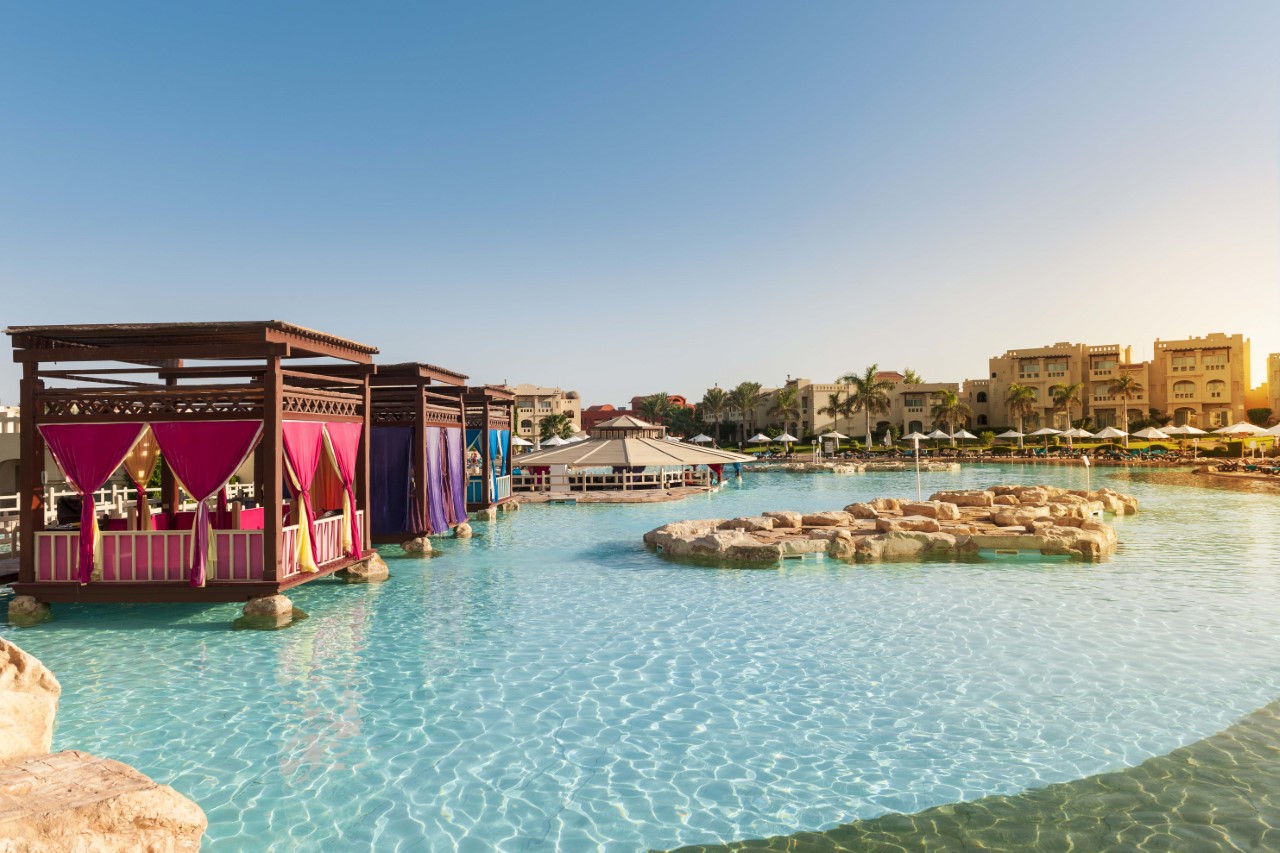 With a wide variety of lunch dishes, we chose “Hamam Mahshy”—rice-stuffed pigeons. After eating, we went on a stroll to familiarize ourselves with the main resort facilities. It was then time to jump into the water and enjoy the golden sunrays at sunset.

Night-time entertainment at the resort starts at 9pm and lasts until midnight. It is split into two programs—one for the children followed by one for the adults. Those who don’t like partying inside the resort can go outside to wander around the city.

This is what we chose to do on our second night, heading to Naama Bay and the old market. This area is always filled with tourists of different nationalities, who came to enjoy the warm weather and get to know more about the pharaonic civilization of the marvelous city. There are various artifacts, pharaonic items and outfits spread all over the market, with each vendor finding a creative and smart way to display them in order to attract the tourists to their stores.

Amidst the traditional market stands Al Sahaba Mosque of Sharm El Sheikh, with its two minarets and vibrant colors that bring you back to the Ottoman era.  Its brass domes are an architectural masterpiece, interspersed with small water fountains at the front area where visitors come to take pictures and talk about its beauty. 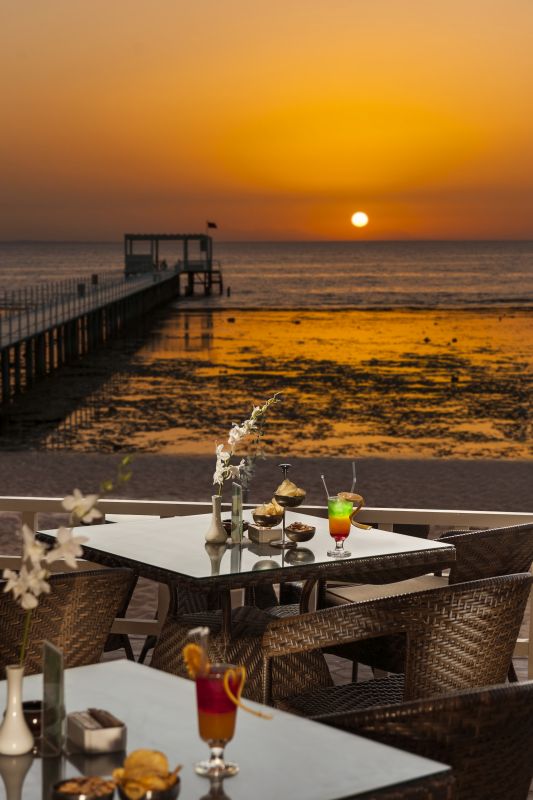 As we were already in Sharm El Sheikh, we decided to seize the opportunity and go on safari, along with quad bike riding on the golden sands. It was a great adventure, riding among the saint Catherine mountains, experiencing the dessert of Sinai. The trip was organized by the Rixos resort team. It allowed us to experience the magnificent mountains and walk in the desert sands. The night was concluded by a dinner party filled with the tunes of Egyptian music and a Tanura show.

All too soon, our trip to Egypt ended and we flew back to Dubai. However, our hearts and minds will always be connected to this magical country that gifted us with positive energy like no other.