Discovering New Pharaonic Treasures: Here Are The Most Significant Ancient Egyptian Finds In 2019 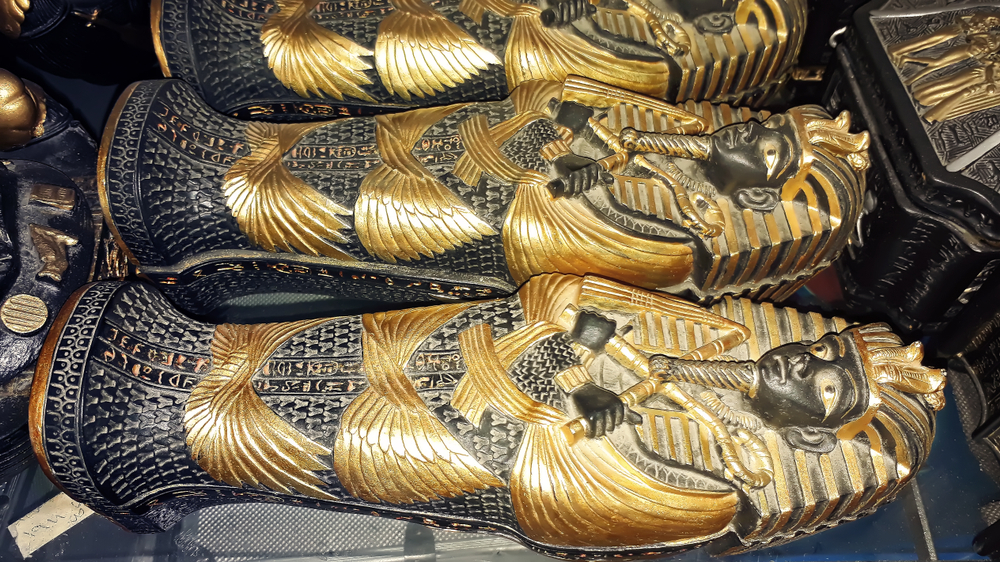 A new sarcophagus has been discovered in Luxor in southern Egypt, which contains coffins and cache revealing details about the lives of ancient Egyptians, according to the Egyptian Ministry of Antiquities.

The collection of 30 well-preserved colorful wooden human coffins for men, women, and children is embellished with colors, drawings and engravings that are still in good condition. It is considered to be one of the most significant Egyptian discoveries announced in the past few years. The coffins were discovered in the same position they were left in: lying together in a coffin cache of two layers, one atop the other.

It is the first large human coffin cache to be discovered since the end of the 19th century, according to the Egyptian Ministry of Antiquities. Previous famous sarcophagus cache discoveries include the cache of Deir al-Bahari “Tomb TT320”, which was announced in 1881. Another was found inside the tomb of King Amenhotep II “KV35” in 1898, and the cache of Bab al-Gusus was found in 1891, containing dozens of priest mummies. 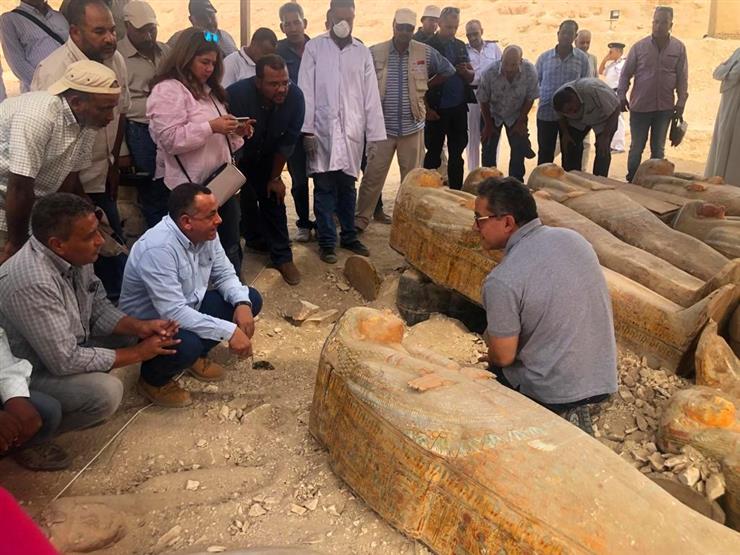 So far, 2019 has been quite a year for ancient pharaonic and roman discoveries. Here are some of the most significant finds:

January 15, 2019: Discovery of two ancient tombs dating back to the Roman period 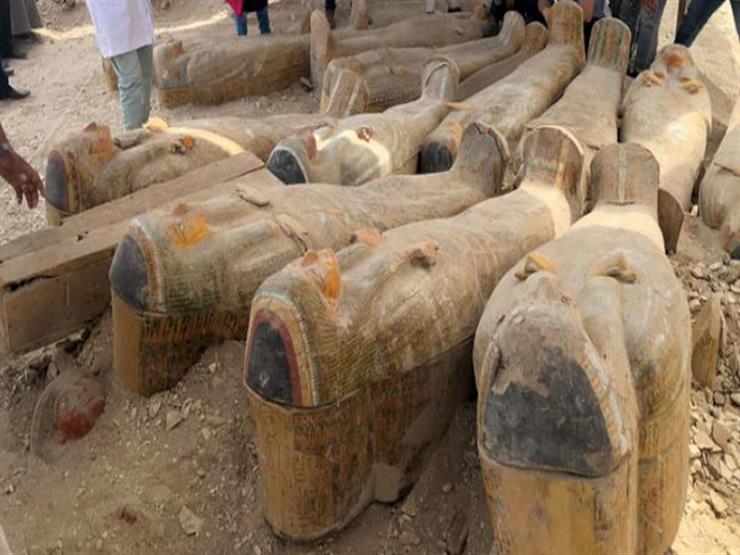 In the Beir Al-Shaghala archaeological site in Mut city at the Dakhla Oasis, New Valley Governorate, two ancient tombs dating back to the Roman period were found by the Ministry of Antiquities’ archaeological mission. Colorful funeral paintings were found on the walls of both tombs.

The first tomb was found to be covered with plaster, with a 20-step staircase and mudbrick markings leading to a limestone altar and the main gate of the tomb, built of sandstone.

The second tomb was found east of the first tomb, made of mudbricks and comprising of a cross-sectional hall and two side chambers with demolished thresholds. The foundations of a funerary shrine with an altar of mudbricks and a fireplace were also found. It contained a sandstone table for sacrifices in front of the door leading to the burial chamber.

February 1, 2019: Discovery of three burial wells and a large number of mummies 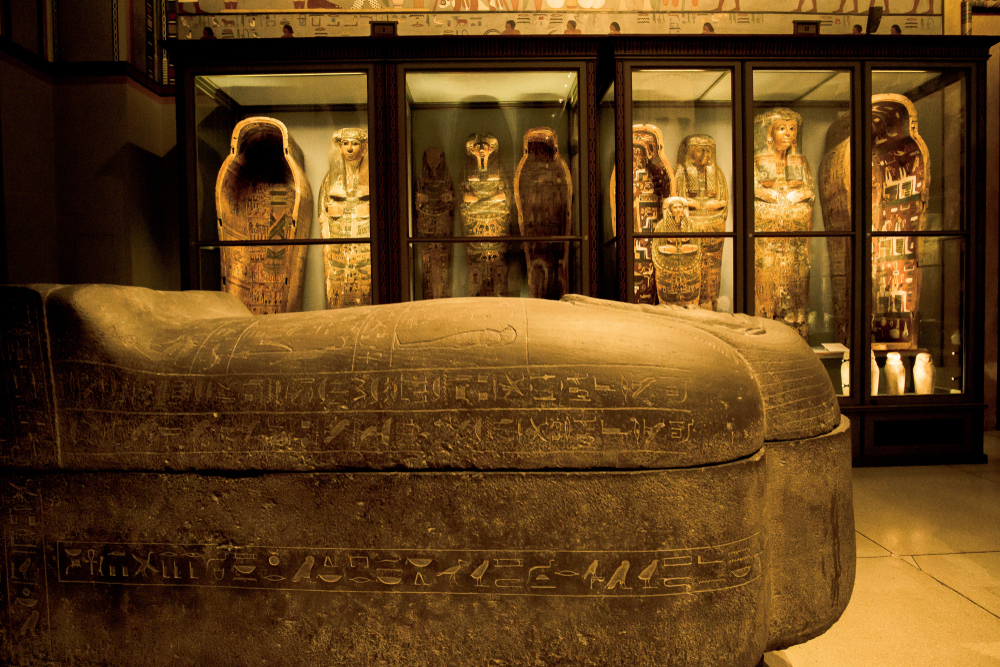 The Egyptian Ministry of Antiquities revealed the discovery of three wells for burial in the Tuna el Gebel archaeological area in the Minya governorate, each containing cemeteries etched in the stones and filled with mummies.

The cemeteries held a number of burial rooms housing about 40 well-preserved mummies of people of different ages, from children to adults. Some of the mummies were wrapped with layers of linen and some were holding demotic readings. Mummies were buried in different ways within the cemetery, with some in wooden or stony tombs and others left on the cemetery floor.

One of the most significant finds in the tombs were parts of papyrus scripts. This enabled the archeologists to study the writings engraved within the cemeteries and date it back to a period of time from the early Ptolemaic dynasty to the early period of the Roman Empire and the Byzantine Empire.

April 2019: Discovery of a limestone sarcophagus with mummies and gilded fragments in Quwaysna 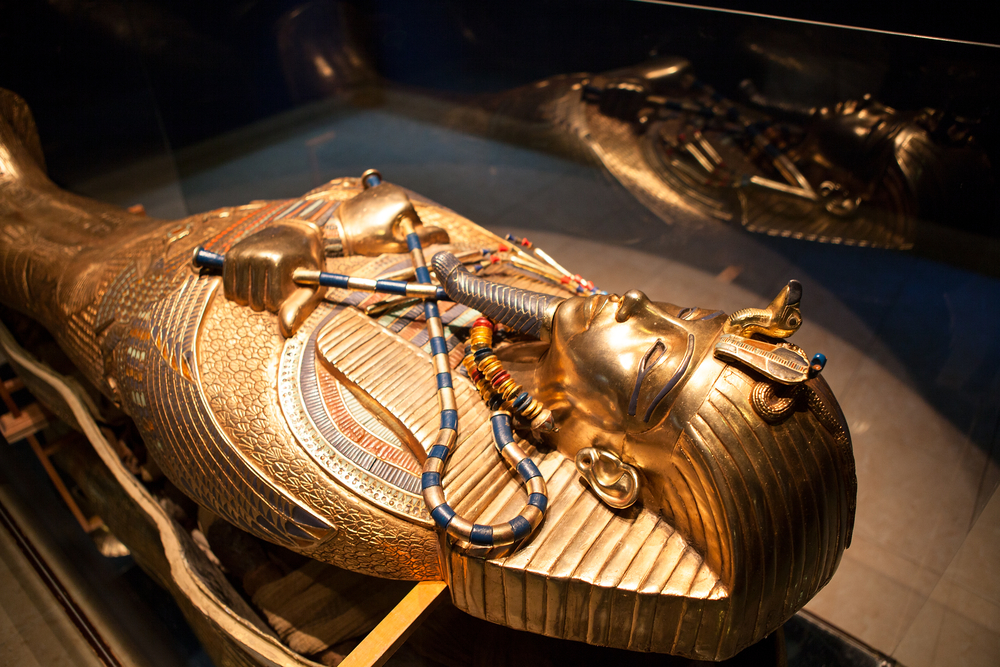 During excavation work carried out at the Quwaysna quarries in Menoufia, an Egyptian excavation mission found a human-shaped limestone sarcophagus.

Mostafa Waziri, secretary-general of the Supreme Council of Antiquities, said that the sarcophagus is two meters tall and 60cm wide. One of the mummies found was in a very bad condition and covered with gilded fragments. A gilded scarab was found along with three damaged statuettes depicting three of the four sons of the god Horus (Qebehsenuef, Hapy, Duamutef, and Imsety). A bronze coin dating back to the Ptolemaic dynasty was also found, with a collection of clay pots, amphorae, plates, and amulets and scarabs carved in gold and faience.

July 31, 2019: Discovery of a part of an ancient building from the Greek-Roman era in north Sinai 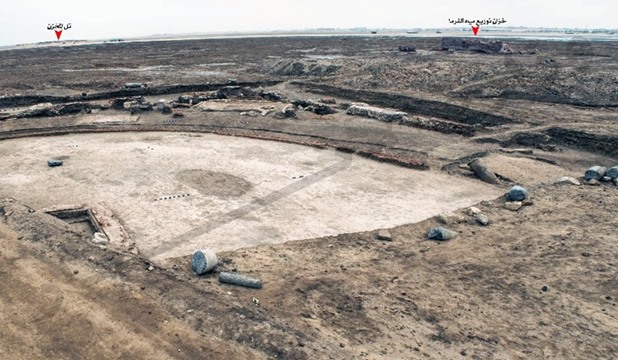 In the Pelusium (Belozium) archeological area north of Sinai, a part of an ancient building from the Greek-Roman era was found.

It is thought that the building—considering its location and architectural design—could be where the senate was held, where the town elders and the country representatives gathered to make decisions concerning the city and its people during the boom period of the ancient city of Belozium in the era of the Ptolemaic and the Roman Empires.

The building is built of red bricks and limestone and is about 2,500 square meters. It has a rectangular shape on the outside with circular strips on the inside. It has a main gate on the eastern side that flows to the main street of the ancient city of Belozium, part of which was revealed during the excavations.

The interior consists of the remains of three circular stands that were used for sitting; the thickness of each stand is 60cm. It’s also made of red bricks and covered with marble.