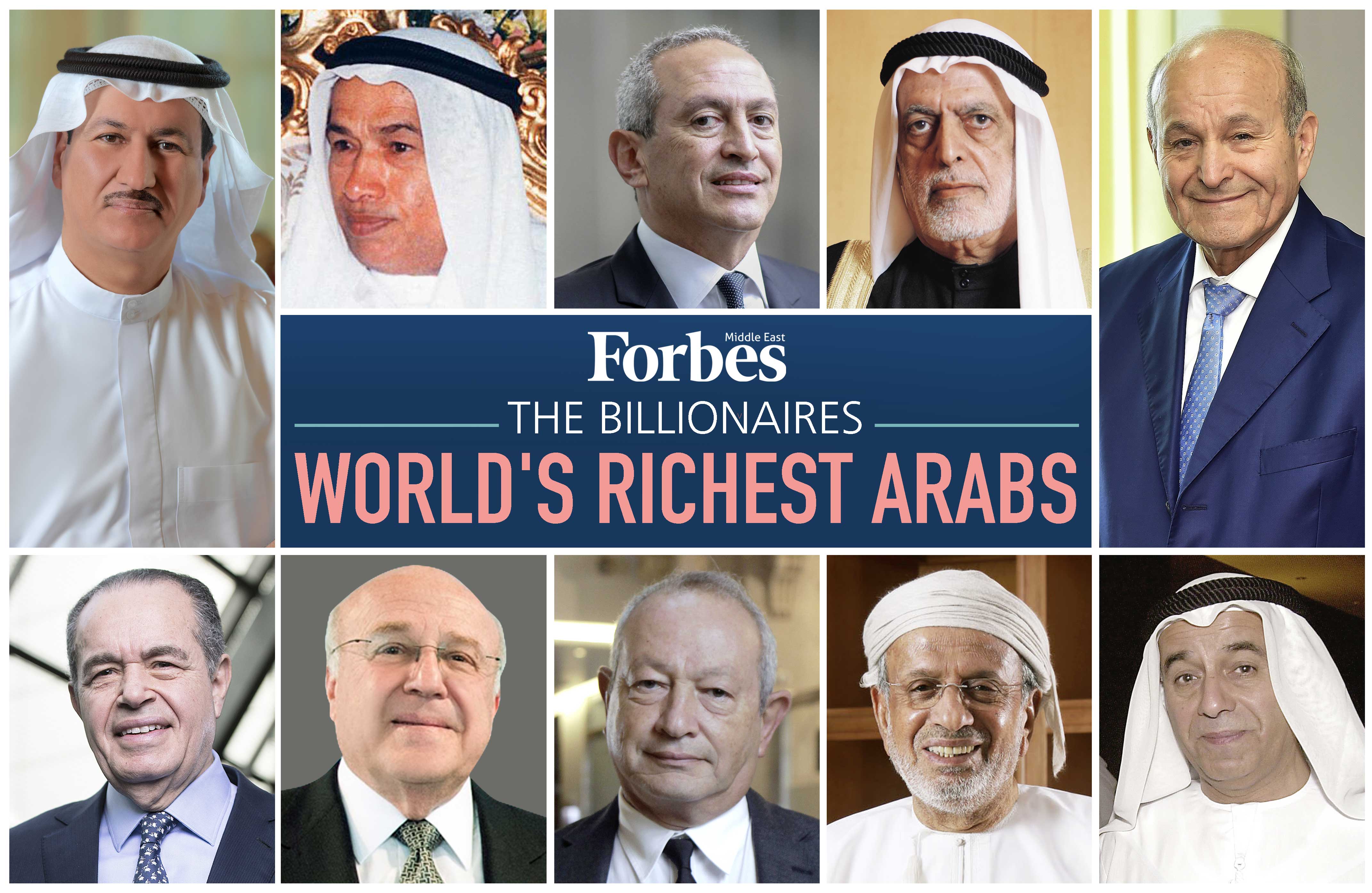 Forbes came out with their Billionaires 2018 list, and for the first time this list will not include any Saudis. Forbes chose to leave off all 10 Saudis given reports of asset seizures after some 200 people, including some billionaires were detained. This year 31 individuals from Arab countries have made the list. The total wealth of the world's richest Arabs stands at $76.7 billion. Egyptian billionaire Nassef Sawiris with a net worth of $6.6 billion is the world’s richest Arab, as Prince Al Waleed Bin Talal was excluded from the list. The U.A.E. and Lebanon with 7 entries each, have the highest number of billionaires, followed by Egypt with 6 billionaires. Methodology: The Forbes World’s Billionaires list is a snapshot of wealth using stock prices and exchange rates from February 9, 2018. Some people will become richer or poorer within weeks—even days—of publication. For example, Jeff Bezos’ net worth climbed more than $12 billion in the two weeks between our measuring date for stock prices and when this issue went to press. Forbes lists individuals rather than multi generational families who share large fortunes, though it include wealth belonging to a billionaire’s spouse and children if that person is the founder of the fortune. In some cases Forbes lists siblings or couples together if the ownership breakdown among them isn’t clear, but here an estimated net worth of $1 billion per person is needed to make the cut. Forbes values a variety of assets, including private companies, real estate, art, yachts and more. Forbes doesn’t pretend to know each billionaire’s private balance sheet (though some provide it). When documentation isn’t supplied or available, Forbes discounts fortunes.